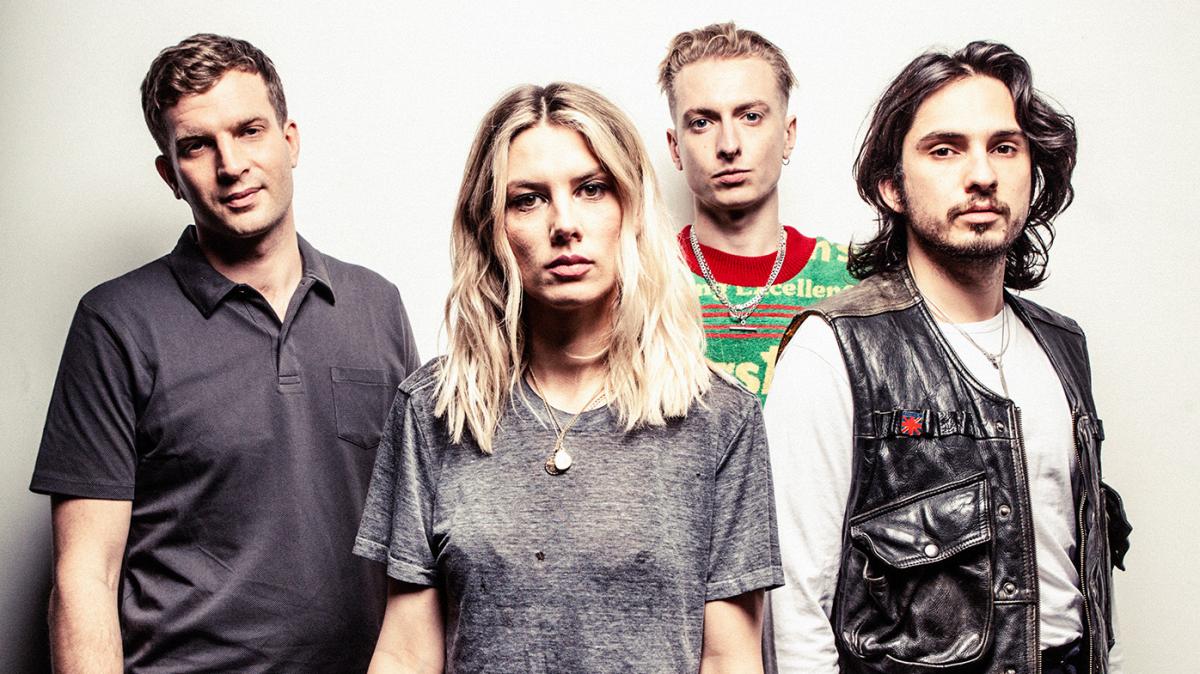 Wolf Alice ‘Play The Greatest Hits’ in the U.S.

Wolf Alice drummer, Joel Amey details his first post-pandemic gig: ‘You forget what it’s like to be in a room and hit with so much noise’

Wolf Alice performed at Latitude on July 23rd this year, one of the first festivals after lock-down restrictions were lifted this summer. “We headlined the whole thing believe it or not, and that was the biggest thing we had ever done as a band.” To prepare to face the daunting crowd of some 40,000 eager fans, Wolf Alice warmed up the night before at O2 Academy in Bournemouth. While the venue only hosted about 1,200, the energy and excitement of the crowd made the room feel like a stadium. The homecoming to the live show was surreal, however, the impact was unexpected. Laughing at himself, Amey reminisces, “I didn’t play very well at all. I actually played really badly. But the sheer noise. You forget what it’s like to be in a room and hit with so much noise.” Thankfully by the next day, the band had warmed up enough for the colossal crowd waiting for them at Latitude. It ended up being Amey’s favorite ever show. Even though Blue Weekend had only been out for a month, the band decided to play some of their new tracks. Unsure about how it would be received by the crowd, Wolf Alice was met with thousands screaming the lyrics to Safe From Heartbreak back to them. “It just knocks you for six. It’s like it’s the first time we’ve ever done it.”

Wolf Alice released Blue Weekend in June of 2021 and it was their first album to make it to number one on the U.K. music charts. When asked why their latest album was more successful than its predecessors Amey felt that it came down to a number of factors. “A lot with those kinds of things could be about timing, it could be about whether people are ready for whatever kind of record you are delivering. You know there’s an introspectiveness to this record as well as a widescreen big ‘coming out of the world’ sound as well…I think it has a life-affirming sense at times as well. So I think maybe it is just the right record at the right time.” No album could better fit the title of the ‘right record at the right time.’ A tracklist featuring songs of angst, heartbreak, and begging the question How Can I Make It Okay, thrive in the era of new beginnings as people venture out into the world again. The emotion prevalent in their latest album is no accident. “I think this set of tracks is us distilled to its purest form. A huge amount of what Wolf Alice is is just emotion whatever that might be. You know it might be severe insane anger or it might be the opposite. There is a lot of that in this album and I think people are ready for that I think.”

The emotion-packed album comes from the creative process behind the composition of Blue Weekend. Gushing about his bandmates, “We have an incredibly powerful songwriter, like probably the best in her generation in my humble opinion. Ellie is a novel lyricist. We have an amazing guitar player in Joff and an amazing bass player in Theo.” He then jokes, “And I’m in there somewhere.” Amey dedicates the power of Wolf Alice to the teamwork and collective understanding behind their writing process. While no song has the same journey, each track tends to begin with a forum of ideas and a fall “down the rabbit hole.” This fall could entail, “leaving it exactly as it is, leaving things out, or taking a two-second snippet and making loud noises over it for about three months until it’s ready.”

Like their songs, Wolf Alice is on an odyssey in America, traveling overseas for their 2021 U.S. tour and coming to Boston University at the Paradise Rock Club on November 11th. This isn’t Wolf Alice’s first tour in the U.S. and it won’t be their last. They are still striving to “break America.” When asked if he felt they had been successful in achieving this goal, Amey laughed to himself before he exclaimed an astounding “no.” However, this isn’t the biggest driving force behind Wolf Alice’s ambition to tour America.

“For me, it is such a romantic dream come true to be traveling across the Americas with my merry band and playing music. That, in and of itself is a thrill and we’ve seen the rooms get bigger and we’ve seen more of a connection, but we’re ambitious so and so’s. I think you always want it to grow, don’t you? You hope it will connect to as many people as possible, within reason. I think that’s an ambition, just to be in a big room full of lots of people having a good time.”