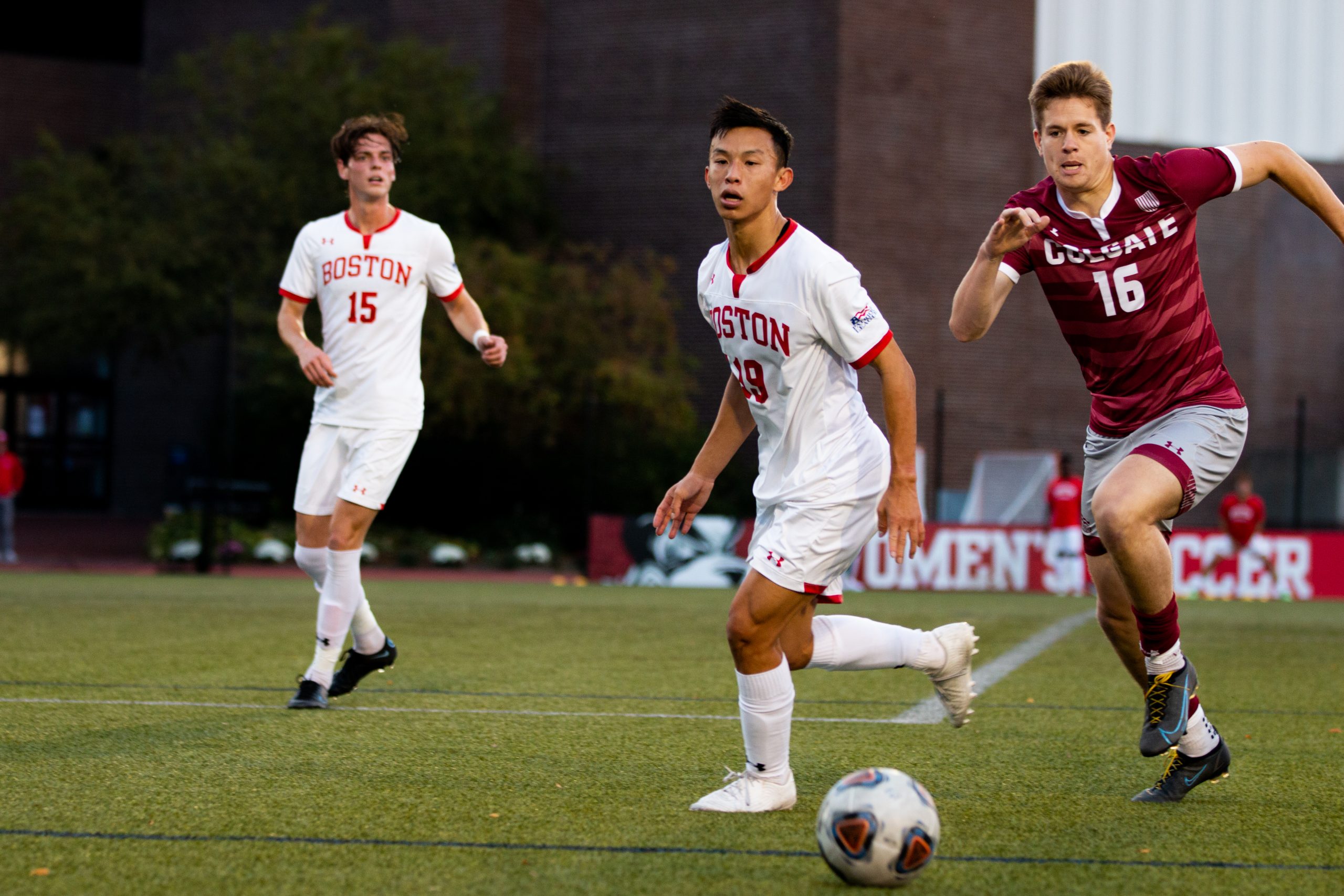 Boston University (3-8-3, 2-3-2 PL) took on Bucknell (4-8-3, 2-3-2 PL) in Pennsylvania this Saturday in a must-win game for both programs as they continue to fight for a Patriot League playoff berth. Neither of the teams could find the back of the net however as the match ended 0-0.

The Terriers came into the matchup hot off back-to-back wins against Colgate and Northeastern. It was the first time BU had won consecutive games in over two years.

However, the Terriers were unable to replicate recent offensive triumphs this weekend, particularly in the first half. Despite holding majority possession and having the lion’s share of shots, the Terriers weren’t able to force a save from goalkeeper Bennet Schwartz until the second half.

Forwards Eitan Rosen and Ronaldo Marshall found themselves in good spots throughout the game. Both have two goals in the Terriers’ past two games, but the decisive dagger wasn’t there for either in Pennsylvania.

Red was shown to Schwartz early in the second period of overtime, opening a door for the Terriers, now a man up for the remaining seven minutes. The away side came close with Andrew Rent clanging a chance off the post, but both teams left Emmitt Field sharing a point.

The Terriers now sit in ninth place in the Patriot League standings with two conference games to go and two points below the qualification spots. They will next play Lehigh University away at 6 p.m. on Saturday in a Halloweekend must-win match.