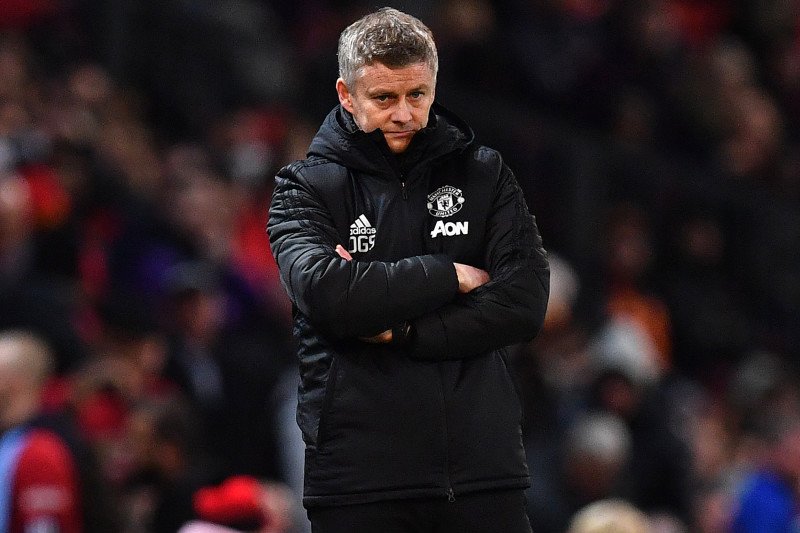 When Ole Gunnar Solskjaer was appointed Manchester United manager in November 2018, not many believed he would still be in the job come the start of the next season. Ole was originally brought in on what was essentially an interim basis. Jose Mourinho had clearly lost the dressing room and numerous players had stopped “playing for the manager.” With United’s season in disarray, the appointment of an ex-legend who won the European Cup as a player for United made sense.

Ole’s first few months in charge saw a big uptick in form for the Red Devils. They made their way up the league table and pulled off a miraculous comeback in the Champions League against PSG. Due to Ole’s success, he got the job on a permanent basis in March of 2019.

Since then, Ole has stabilized United’s security in the top four of the Premier League, which was anything but secure prior to his time at the club. However, Ole has spent a whopping $495 million on new players via the transfer market. As a result, with an influx of spending, and a plethora of world class players at his disposal, eyebrows would have been raised far earlier than they have today after a 5-0 thumping to Liverpool, had Ole not gotten top four with the money spent by United.

Ole has failed to win a major trophy in his tenure so far with United. 2 Semi-final losses in 2019-20 and a Europa League Final loss in 2020-21 to Spanish side Villareal has left a sour taste in the mouth of all United Fans. After last season’s disappointment in the Europa League Final, the club spent big this summer again as $150 million was spent on 3 world class players: Jadon Sancho, Raphael Varane, and most importantly, the return of the prodigal son, Cristiano Ronaldo.

With these three players, this season seemed destined to be trophy-or-bust for Ole. And just nine games into the season, it looks like a bust.

After an opening game in the Champions League saw United fall to Swiss side Young Boys, as well as an underwhelming draw against Everton at home, on top of a loss to Villa at home, the pressure was well and truly on. Leading up to the biggest rivalry in all of the Premier League against Liverpool, rumours started to percolate that if this result didn’t go Ole’s way, it could be his last game in charge.

With the warning signs there for a rough game against the mighty Liverpool after shoddy performances against the aforementioned teams, there was no room for error for Ole. Within five minutes, the pressure escalated 10-fold after going down 1-0. After the first 50 minutes, there seemed no way out for United, being down 5-0. Fans were leaving the ground, getting angry at players, and even Sir Alex Ferguson who was in attendance was demonstrating his displeasure.

Come the end of the game, even the most rational Ole Gunnar Solskjaer fans wanted him out as manager. The message was clear: Ole has done a good job of stabilizing the club and bringing in some top players, but he does not have the managerial quality or experience to be the head coach of United. This message has resurfaced over the last few days but some have sounded their disapproval of Ole for a good while now.

Ole is unique in that had he not have had the playing career he did with United, he would never have gotten near the job in the first place. His only managerial experience came at Norwegian club Molde, and being relegated from the Premier League with Cardiff City. On paper, he had no right to be United manager. However, he was good for what United needed at the time to stabilize the club. Why I think the recent downfall of United was actually predictable from a few years ago lies with the owners and the board of Man United.

When things were going well for Ole in the early months of his interim tenure, results very much came from one-off performances with individual moments, and no real style of play. With this style, United’s board saw at the current moment top 4 stability and money coming in from the Champions League. What they did not see was that this style was never going to be sustainable. Relying on wonder goals and individual moments of brilliance is not something that can work week in week out, and when it goes wrong you get results like the one this weekend against Liverpool.

The naivety and arrogance from United’s board to think a man with as little experience as Ole could sustain success in the manner he was achieving was always bound to cost them. And now it has, they are virtually out of the title race in the Premier League and 10 games have not even been played yet.

But still, in the eyes of the Glazer family, who happen to own the Tampa Bay Buccaneers as well as Manchester United, as long as the Champions League money is coming in and people are buying Cristiano Ronaldo jerseys, all is well. They could care less if United win a trophy, all they need is Champions League money.

Because of this lack of ambition, United have been left in the position they are in today, with a squad of world class players underperforming due to a manager who is out of his depth. If the Glazers and those in charge of United were really smart, they would have thanked Ole for his once again brilliant service to the club in steadying the ship in 2019, and then brought in a proven name to continue to build United to be title challengers.

So now what? Italian Antonio Conte looks like the favorite should Ole get the sack in the coming days. Conte comes off a title win with Inter Milan which was extremely impressive, but financial issues with the Milano club left Conte without a job at the start of the season. Conte would undoubtedly be an upgrade on Ole, having won major honors at both Juventus as well as Chelsea in addition to recent success with Inter.

With the sheer talent at the disposal of United, something similar to what Thomas Tuchel did with Chelsea last season could happen again. Tuchel came in to replace Chelsea legend Frank Lampard who, like Ole, was not getting results with a world class squad. Tuchel, being a top tier manager, went on to take Chelsea all the way to a Champions League win and now look like one of the best teams in Europe. If United appoint Conte in the coming days I could genuinely see a similar turn of events happening.

It’s time for Ole to go, but the blood of his downfall is also on the hands of the owners who let a club legend get to this point in the first place.