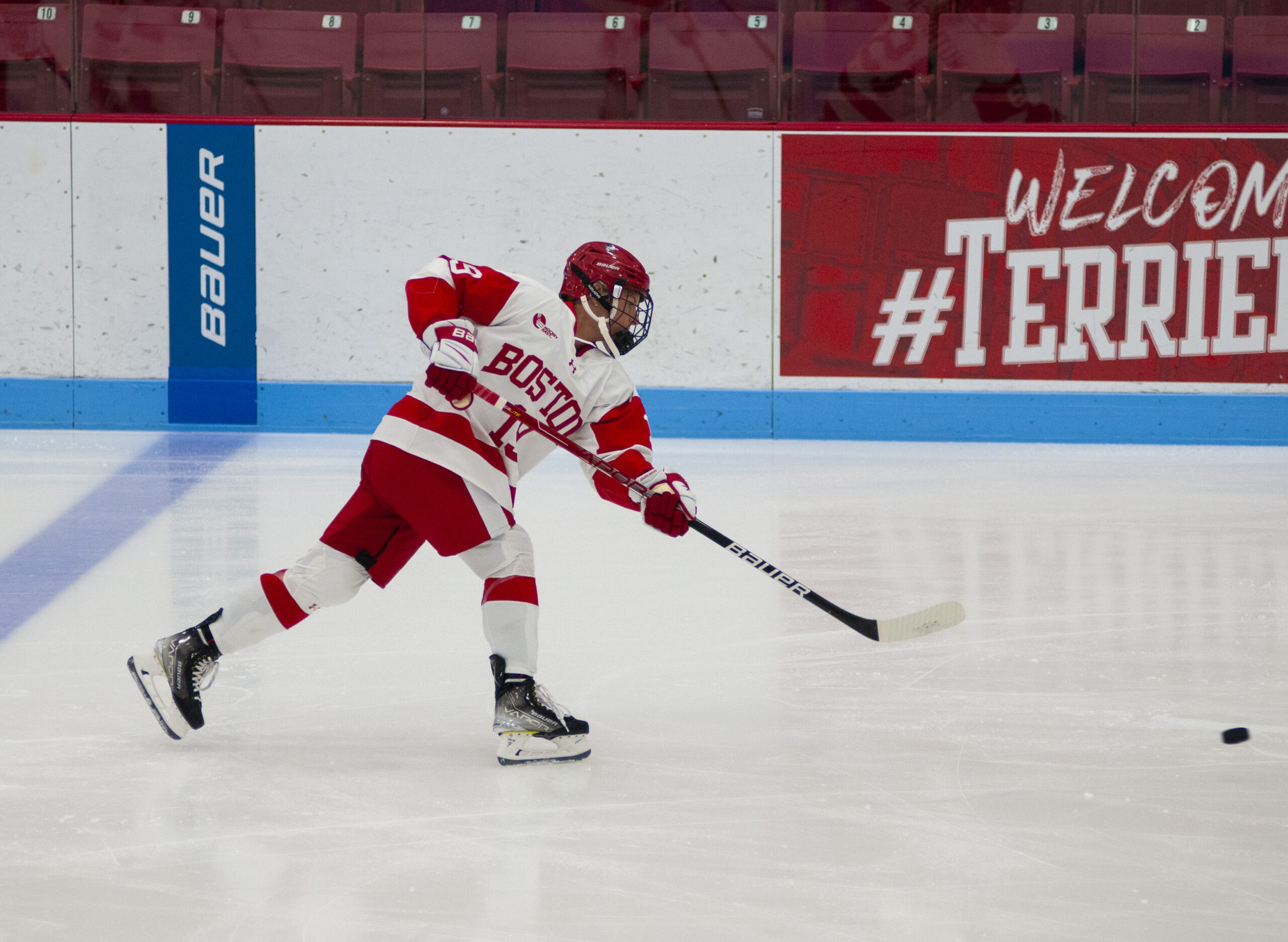 “That was a pretty good hockey game where we prevailed in the end,” BU head coach Brian Durocher said after the game. “Pretty solid after being on our heels a bit early in the game,” he added.

Just one minute into the game, Union forward Grace Heiting broke the ice for the Dutchwomen. The senior from Woodbury, Minnesota collected a lead pass, danced around Terrier defender Madison Cardaci, and fired a wrist shot over the glove of BU goaltender Kate Stuart.

Line change? What line change? Grace Heiting takes the puck in herself to put us on the board 1-0 only a minute into the game. #GoU pic.twitter.com/qDB25Gmb3J

The tally was Heiting’s third of the season. During the first intermission, Heiting told ESPN that she had failed to score on a similar play the last time she faced the Terriers.

“To be perfectly honest, I had an exact similar play sophomore year against them that’s been haunting me for two years, so I scored on it this time.”

The Terriers had multiple point-blank looks in the opening 15 minutes but could not solve Union goaltender Olivia Rinzel.

The Terriers gained some momentum on a power play opportunity late in the first period, where they had several dangerous looks.

With 3:32 to go in the first period, BU senior forward Emma Wuthrich got the Terriers on the board with a turnaround shot. After BU senior defender Alex Allan tried to drive the net, the puck popped loose. Wuthrich corralled the puck in the slot, spun around, and snapped a quick shot over the blocker of Rinzel to tie the game.

“Big goal for her,” Durocher said of Wuthrich’s tally. “I was really happy for her. She got a lot of shifts, a lot of minutes today”.

The Dutchwomen outshot the Terriers 9-7 in the opening frame, but both goalies stood tall and kept the score at one apiece.

The majority of the second period featured few scoring chances and several penalties.

The Terriers did strike in the final minute of the period, however. Senior forward Courtney Correia put the Terriers in front when she followed up a Mackenna Parker shot and slammed home the rebound for her team-leading sixth goal of the season.

We've got a one-goal lead after two periods thanks to Court's sixth goal of the season! pic.twitter.com/tiCOU0y6YO

The visitors led 2-1 after two periods, with both goaltenders registering 15 saves.

Union started the third period on the power play but failed to capitalize.

With 9:18 to go in the game, sophomore forward Catherine Foulem collected a centering pass and ripped a wrist shot over the glove of Rinzel to double the Terrier lead. The goal was Foulem’s first of the season.

Fou goes bar down to give us a 3-1 lead! pic.twitter.com/SYSmo6M6SK

The Dutchwomen pulled Rinzel for an extra attacker with 2:35 remaining. 25 seconds later, BU graduate blue-liner Ellie Larson stole the puck at her own blue line, chipped it ahead to herself, and swept the puck into the empty net to give the Terriers the lead.

“I was happy to see Ellie Larson get her first goal in a Terrier uniform,” Durocher said.

A great individual effort led to Ellie's first goal as a Terrier! pic.twitter.com/byRY9NDwcW

Next, the Terriers will face the University of Vermont Catamounts in a Hockey East matchup at Walter Brown Arena. The puck drop will be at 6 p.m. on Oct. 29.