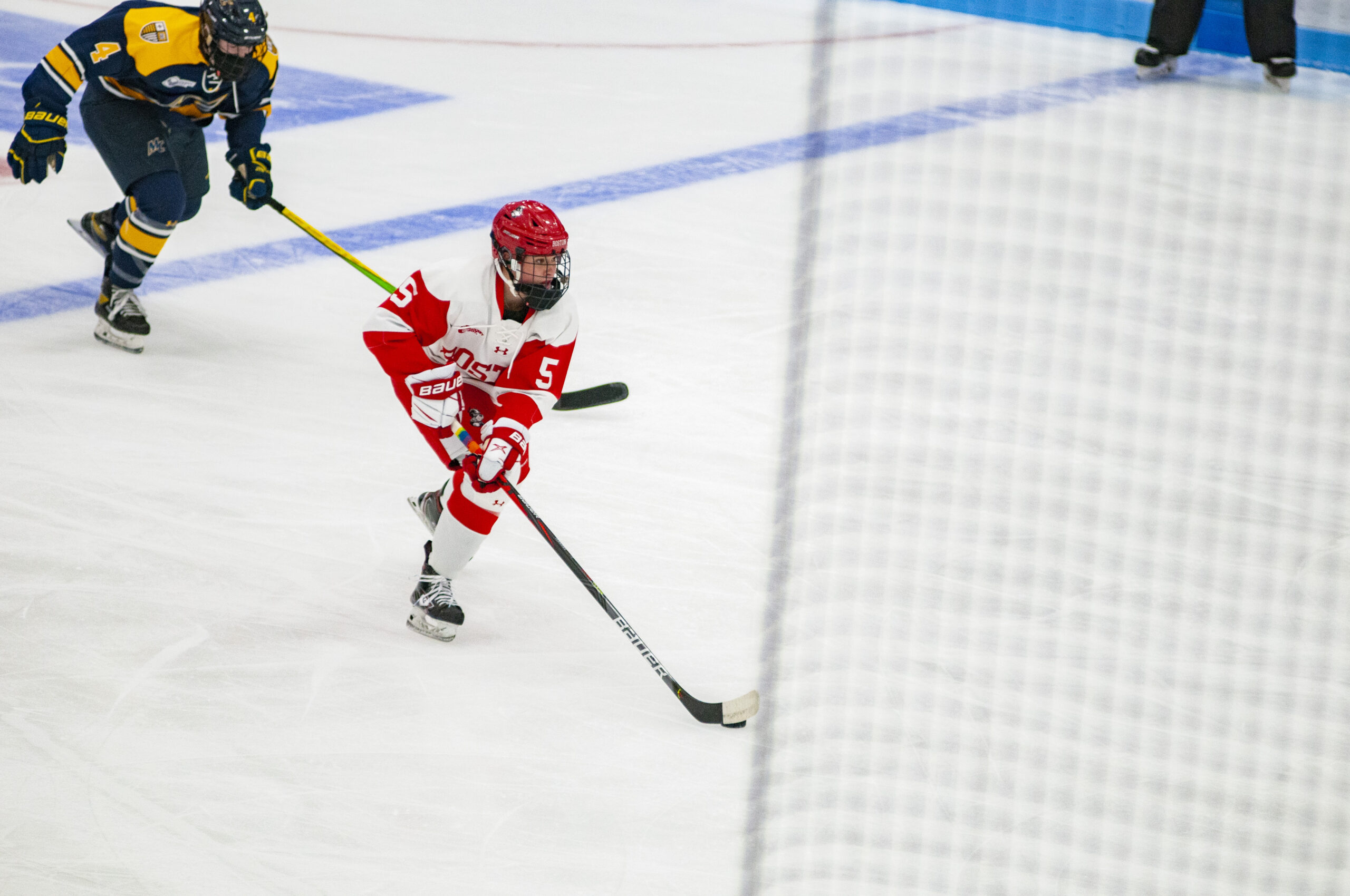 The Boston University Terriers (3-0-2, 3-0-2 HE) look to regain some confidence this weekend with the Rensselaer Polytechnic Institute Engineers (2-4-0, 2-0-0 ECAC) on Friday and the Union College Dutchwomen (2-4-1, 0-2-0 ECAC) on Saturday. After an upsetting night at home last week versus Merrimack College ending in a 4-4 tie, and a shootout loss, the Terriers hit the road with both games away.

BU will return to Houston Field House to face RPI on Friday for the first time since 2013 in a non-conference matchup. The two teams are currently divided in wins, each with three in their matchup history. The last meeting with the Engineers ended in a 2-2 tie.

RPI was scheduled off last week, but defeated Union, BU’s Saturday opponent, in a home-and-home series the week prior. The Engineers shut out the Dutchwomen 4-0 on Friday and continued their winning streak on Saturday with a score of 9-2.

Engineers junior goaltender Amanda Rampado made 53 saves against Union over the weekend, totaling a .935 save percentage and a 2.16 goals-against average for the season. Junior forward Marah Wagner leads the Engineers in points, with three goals this season and three assists for six points.

Union kicked off their home-and-home series weekend against Mercyhurst on Friday night with a 5-0 loss. The Dutchwomen, who are now 0-4-1 in their last five games, were still not able to clinch a win Saturday night, tying with Mercyhurst 2-2.

The Terriers are 11-0-0 against Union all-time, including their most recent 2-1 season-opening win at Messa Rink on Oct. 6, 2019. BU junior Haylee Blinkhorn, who claimed an assist during BU’s last matchup with Union, will return to Messa Rink after scoring her first collegiate goal this past weekend versus Merrimack.

Union will play Providence Friday night, before hosting BU Saturday. Sophomore Celeste Beaudoin leads the Dutchwomen in points (5), goals (2) and assists (3), while first-year Maddie Suitor leads the team in goals (3) after she opened the scoring Saturday night versus Mercyhurst.

The Terriers will play their first non-conference opponent since they went 5-0-0 against teams outside Hockey East during the 2019-20 season. Terrier senior Courtney Correia leads the team with four goals and five assists, coming out first in Hockey East with a total of nine points between five games this season.

BU junior Julia Nearis has come out of every game this year with a point, posting three goals and four assists for seven points. Terrier goaltender Kate Stuart reports a .935 save percentage for the season so far, and a 2.53 for goals against average.

The Terriers take on the RPI Engineers Friday night at 6 p.m., before heading to Union Saturday at 3 p.m.