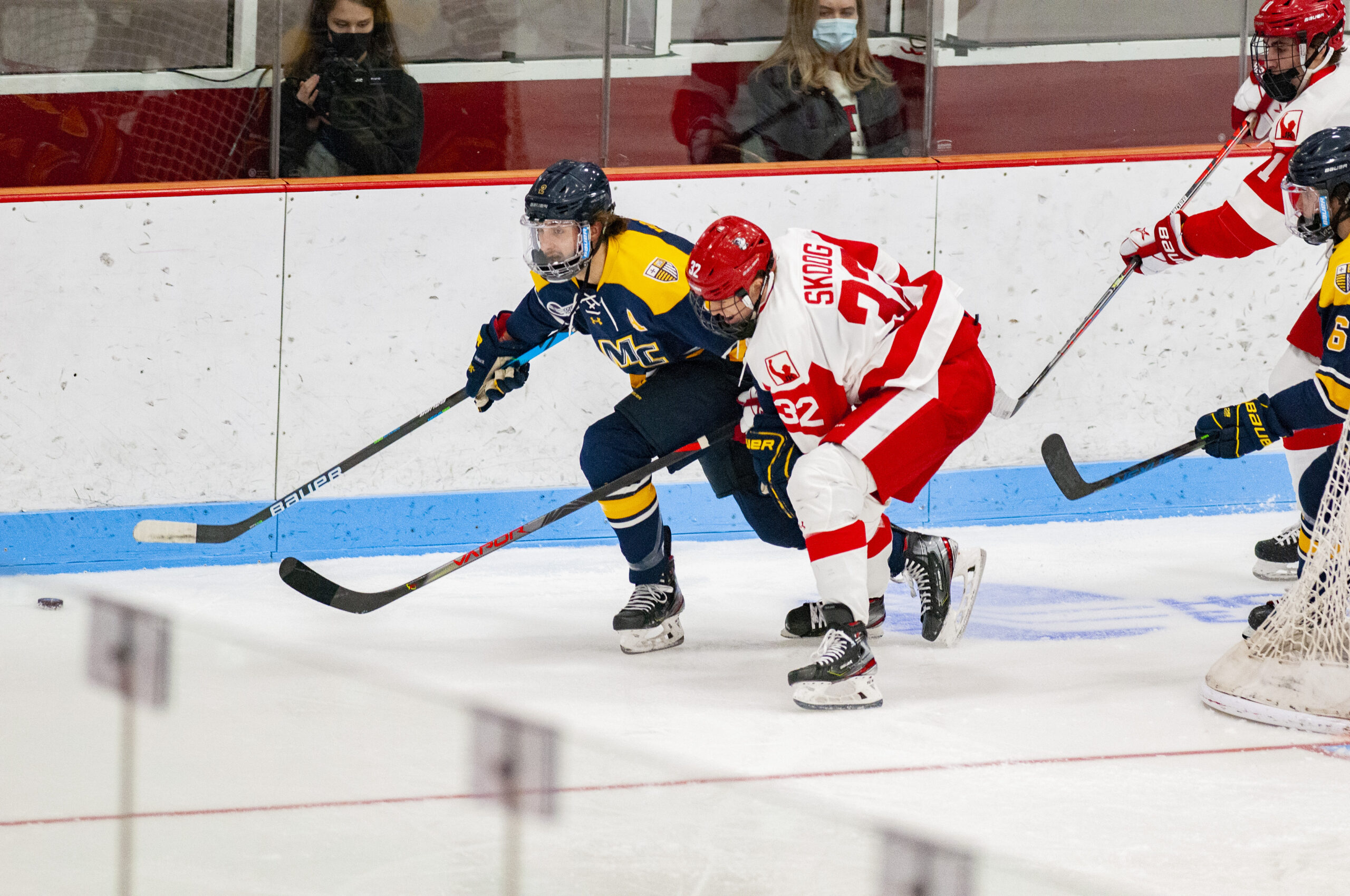 Friday’s game will take place in North Andover at Merrimack’s home arena, Lawler Rink. The puck drop is at 7 p.m.

The Terriers are coming off a 1-1-0 weekend against Sacred Heart. BU dropped the Friday game to the Pioneers 3-2 but came back to win their Saturday match 4-1. Junior Domenick Fensore leads the Terriers with five points (1g, 4a).

BU is going into the weekend with an absolutely stellar penalty kill, going 16-for-16 across all four games so far this season. Head coach Albie O’Connell credits this performance to his team’s ability to win face offs and stay aggressive on the PK.

“I think we’ve done a good job, you know, we’ve done a better job on the face off that’s allowed us to get some clears, we’ve been a little bit more aggressive down the ice,” O’Connell said.

O’Connell also said one of the keys to beating Merrimack will be staying disciplined on the ice.

“First thing is you’re gonna stay out of the penalty box, you know, I think their power play actually looks really good. Both units are threatening,” he said.

BU will also have more freedom with their lineup than last week, as O’Connell has reported that there are fewer players injured.

Some injury updates from Albie O'Connell:

– Luke Tuch and Jay O'Brien will not be available this weekend, and likely unavailable next.

– "We've got more guys available than we had last weekend."

Merrimack is coming off a similar weekend as the Terriers, dropping their Friday contest to Colgate 2-1 but defeating them 5-3 the following night. Their team leader in points is Max Newton, who currently has six points (4g, 2a).

Historically, BU leads the all-time series against Merrimack at 91-22-8.

The Terriers will also host Merrimack at Agganis Arena on Saturday, Oct. 23, at 7 p.m.