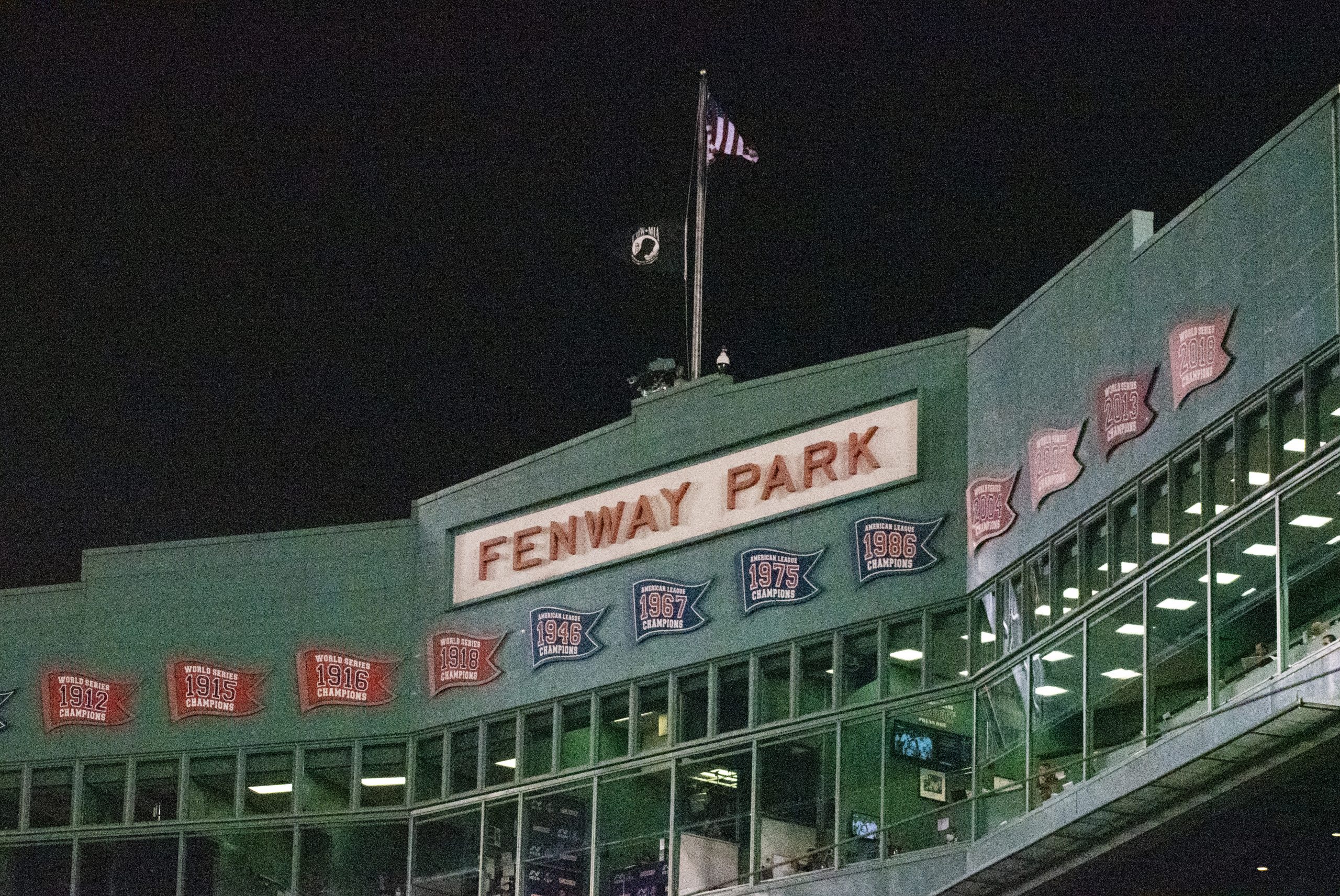 Hunter Renfroe was at bat, with one out on the board and the game tied in the bottom of the eighth inning of Game 4 of the American League Divisional Series. The whole of Fenway Park on their feet, desperately wanting to go nuts for their team when they topple the statistical empire that is the Tampa Bay Rays.

On a one-two count, Renfroe hits a ball into center field – the same spot Kevin Kiermaier had hit the night before, when the ball ricocheted off of Renfroe and into the bullpen, robbing Kiermaier of a home run and Tampa of a lead. The ball, ironically, falls right into Kiermaier’s glove.

The Tampa outfielder makes a ridiculous throw, attempting a double play to tag out Boston’s Alex Verdugo, who is running for third. The ball reaches third base, but Verdugo is safe after Tampa third baseman Yandy Diaz is slow to tag him. The first time I saw the play, high up in the infield grandstand on the third base line, Verdugo was clearly safe.

Strangely, though, the umpire called Verdugo out.

As the officiating crew called into New York, awaiting the results of the review, the replay of Verdugo’s slide into third quickly spread around the stadium.

In sections of the 109-year-old Fenway Park where something blocks the view of the game, they kindly substitute the broadcast’s view instead. When there’s a ruling too close to call in the game, like with Verdugo, fans in these sections are the first to see the replay. These sections, where tickets are cheaper due to the obstructions, are commonly filled with the surliest fans.

In my section, we had the broadcast affixed to a large green beam. On that second viewing, Verdugo was still safe. Myself and the aforementioned surly fans reacted to this accordingly.

When the replay finally reached the big screen in the outfield, my third viewing of the play, everyone in the park could see Verdugo was safe.

The umpires decided the call would not be overturned. Verdugo was out and the inning was over.

The Rays celebrated this relatively small victory as if they had the game wrapped up. My own anger swelled as I saw Kiermaier pump his fist in celebration. Kiermaier did have a great throw that, sadly, just didn’t reach third-base in time.

I was angry, sure. But someone else was clearly angrier.

From my seat, I could see the unmistakable blue shimmer of a Bud Light can soaring on a high-arching shot over the protective netting behind home plate.

In that moment, as the beer made its final journey on this earth, time began to slow down. It was like watching a car crash in slow motion, I knew something bad was about to go down, but I couldn’t look away.

As the beverage made its crash landing on the field, it was hard to see where it landed. From my view, it seemed like it just landed on the ground with some splash-back ending up on the Rays third base coach. Another perspective from the fan next to me, placed the landing in the actual Rays dugout. A friend from high school, also attending the game, thought he saw the beer hit Rays outfielder Randy Arozerna.

There’s no video to be found of the beer can assault. The Fox Sports 1 broadcast makes little mention of it, all you can see is Tampa’s players looking up into the stands.

Now, whoever decided to do this was obviously in the wrong. Under no circumstances, should you throw anything onto the field during a baseball game.

Still, though, in all honesty, it’s hard to not find funny, the idea of someone disposing of a perfectly good can of beer for no reason except to, hopefully, land somewhere near an athletic adversary.

Fenway security began their manhunt shortly after the beer was thrown. Once he was ultimately identified, security came to haul him away but not before he could fire off a second beer into the vicinity of the Tampa dugout.

At this point you begin to wonder what on earth this person is thinking. No rational person would have thrown the beer to begin with, but what kind of sicko do you have to be to throw two beers? And where did the second one even come from? Did he turn over to his date or friend next to him and say, “hey, I know I’m getting kicked out right now, but can you hand me your beer so I can throw that too, just to get the point across?”

After that, he was quickly yanked out of his section and was never seen again.

One guy and two beers couldn’t shake Tampa Bay, who now had a major opportunity to take the lead and send the series back to Florida, but maybe 38,000 angry fans could.

I’m not sure where the chant started, but in no time throngs of angry Sox fans were soon engaging in what’s likely the greatest sign of disrespect a stadium can bestow upon a team or a player. College students, Boston Marathon runners, grandmothers from Worcester, and kids whose parents wouldn’t usually let them swear outside of settings like this, were all joined in unison.

The only other time I’d seen this myself was when J.R. Smith pushed Al Horford in mid-air into the basket in the Eastern Conference Finals in 2017. “F–k You J.R”soon rained down from the rafters at TD Garden.

As play resumed on that Marathon Monday night, a day with perfect fall New England weather, a similar storm began to pour down onto the Tampa Bay dugout.

The players in Tampa’s dugout turned to face the fans.

One, makes a fatal miscalculation, as he stands up on the bench and waves his hands as if to encourage the crowd, effectively throwing red meat to the rabid crowd.

On the first pitch of the inning, Ji-Man Choi hits a grounder up the first base line. One out. It’s working!

Another hit up the first base line by Diaz. Two out.

On a one-and-two count, Meadows hits a ball deep to left field and Alex Verdugo, the man robbed of third base by bad officiating, is there for the catch. The Sox retire the side in 7 pitches.

In the bottom of the 9th, Kiké Hernandez hits a sacrifice fly with Danny Santana at third to tag-up and score the winning run. Game, series, over.