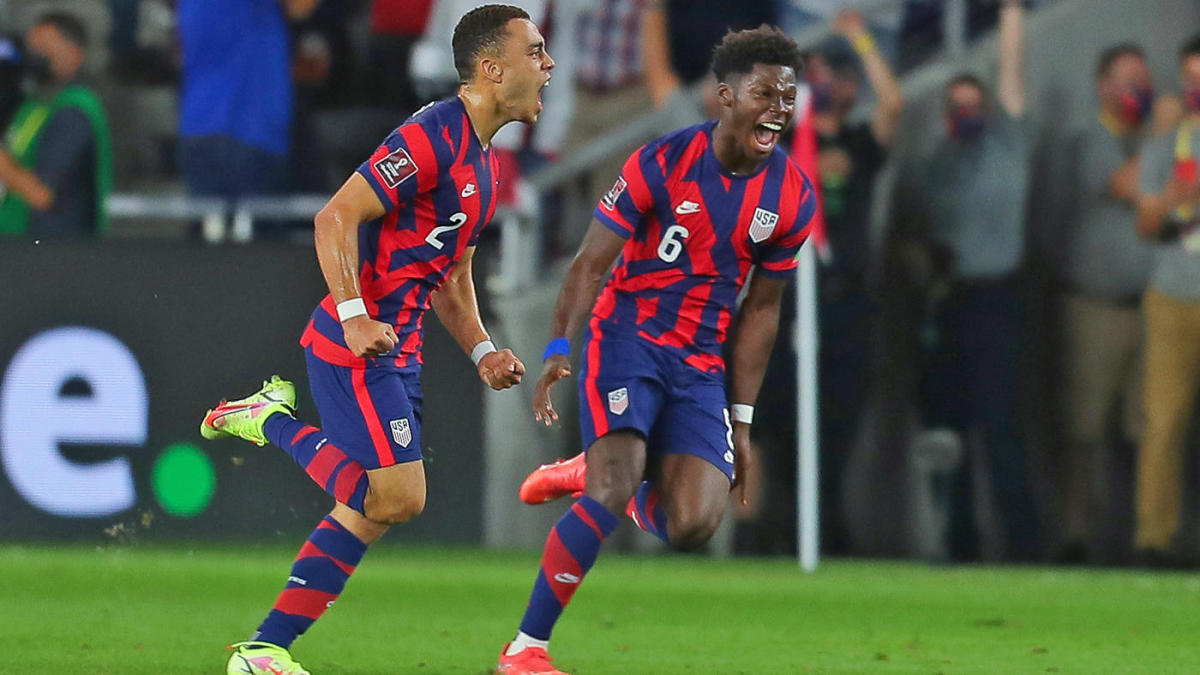 When disaster struck in the fall of 2017, and the United States Men’s National Soccer Team failed to qualify for the World Cup for the first time since 1986, Taylor Twellman put it best: “What are we doing?”

A question that rang true to every USMNT fan as feelings of bewilderment and fury were left over after a loss to Trinidad and Tobago which ended the USA’s chances of qualifying for the 2018 World Cup. Fast forward four years, and what is the answer to Twellman’s question, what are we doing?

Well, before Mexico plays their game tomorrow night against El Salvador, the U.S. sit atop the CONCACAF qualifying table for the 2022 World Cup in Qatar with eleven points. While the picture of the US at the top of the table is no doubt a welcomed one given last campaign’s struggles, the road after six games has been far from smooth.

An opening game 0-0 stalemate against El Salvador in hostile circumstances was not an ideal start, but no one was hitting the panic button. However, after a disappointing 1-1 draw to Canada on home soil, more USMNT fans voiced their frustration with the team’s performance. Quickly, the team’s third game in this campaign left coach Greg Berhalter and his players in a must-win scenario against Honduras, on foreign soil.

The U.S. frustration continued into the Honduras match, as the Americans found themselves down 1-0 after 48 minutes, until Antonee Robinson equalized crucially. With the two teams back on level terms, the U.S. and up-and-coming star Ricardo Pepi ended up battling their way to a 4-1 win, and placing themselves third in the qualifying table ending this run of games.

With the three October fixtures up next, the US looked to capitalize on the momentum gained in the Honduras match. A game against Jamaica on home soil saw the U.S. come out to a flying start.

A first minute challenge by Kemar Lawrence on Brenden Aaronson saw the Reggae Boyz lucky to still have eleven men on the field. However, against the eleven men of Jamaica, the U.S. showed their grit and determination through the form of Ricardo Pepi once again. Pepi scored two in his home state of Texas to give the U.S. another three points and give them back to back wins in World Cup qualifying.

With results going their way, the U.S. entered their next game away against Panama atop the table once again. But things are never simple in away matches in CONCACAF.

A weak starting lineup by Berhalter raised eyebrows across the country. A clueless and uninspiring performance saw the U.S. a goal down after 54 minutes. This time there would be no comeback. Despite five substitutions, the U.S. could muster nothing against a resolute Panamanian unit. All of a sudden, the momentum that was once with the U.S. team was gone, and a home game against Costa Rica, a team which has plagued the U.S. in past years, became a must win.

A return to a strong starting lineup for Berhalter eased some of the stress USMNT fans felt prior to kickoff. But after just one minute, that stress was amplified due to a flakey defensive start and a goal scored by Costa Rican Keysher Fuller.

That moment came from Barcelona right back Sergino Dest. With a left-footed rocket leaving the world-class Keylor Navas useless in his net, the man born in the Netherlands but who’s father is American, reignited the hope of American fans. With the score level at halftime, but the U.S. in the ascendency, fans were cautiously optimistic of a crucial breakthrough before the game was over.

In the 68th minute, a turnover in possession saw U.S. forward Timothy Weah force a save from the substituted Costa Rican goalkeeper Leonel Moreira and a stroke of luck saw the ball sneak its way across the line. Weah wheeled away in celebration, but the goal was eventually scored as an own goal.

The U.S. would hold on and take all three points against the Costa Ricans and give them the top spot in the table once again.

While the performance was not pretty, the three points sure are. This win brings the U.S. point tally to 11 already. Last time around they only achieved 12 in the entirety of qualifying, a sign that things are progressing, which is something important to keep in mind.

With the influx of European-based talent shining through in this U.S. squad, there was always going to be a learning curve. Much of this team is extremely young, and their talent is raw. While some have experience in the Champions League, none have experience in CONCACAF qualifying, and that is a different beast entirely.

But what USMNT fans can gather from the first six games, is that this team is maturing. Two wins in two must-win games is a sign that the team can muster up a result when they need it. While this quality is not necessarily first choice in the eyes of fans, it is crucial when trying to qualify for a World Cup. For example, last time around all the USMNT needed in their final game was a tie against Trinidad and Tobago, but they couldn’t even manage that.

With a consistent starting 11 beginning to take shape, and a point total inching closer and closer to one that will lead this squad to Qatar in the winter of 2022, the USMNT can feel as confident as ever heading into the next run of games, starting off with a home match against bitter rivals, Mexico.

The USMNT can also hope that some cavalry will be arriving in the form of two names no Mexican wants to see on the U.S. team sheet, Giovanni Reyna and Christian Pulisic.