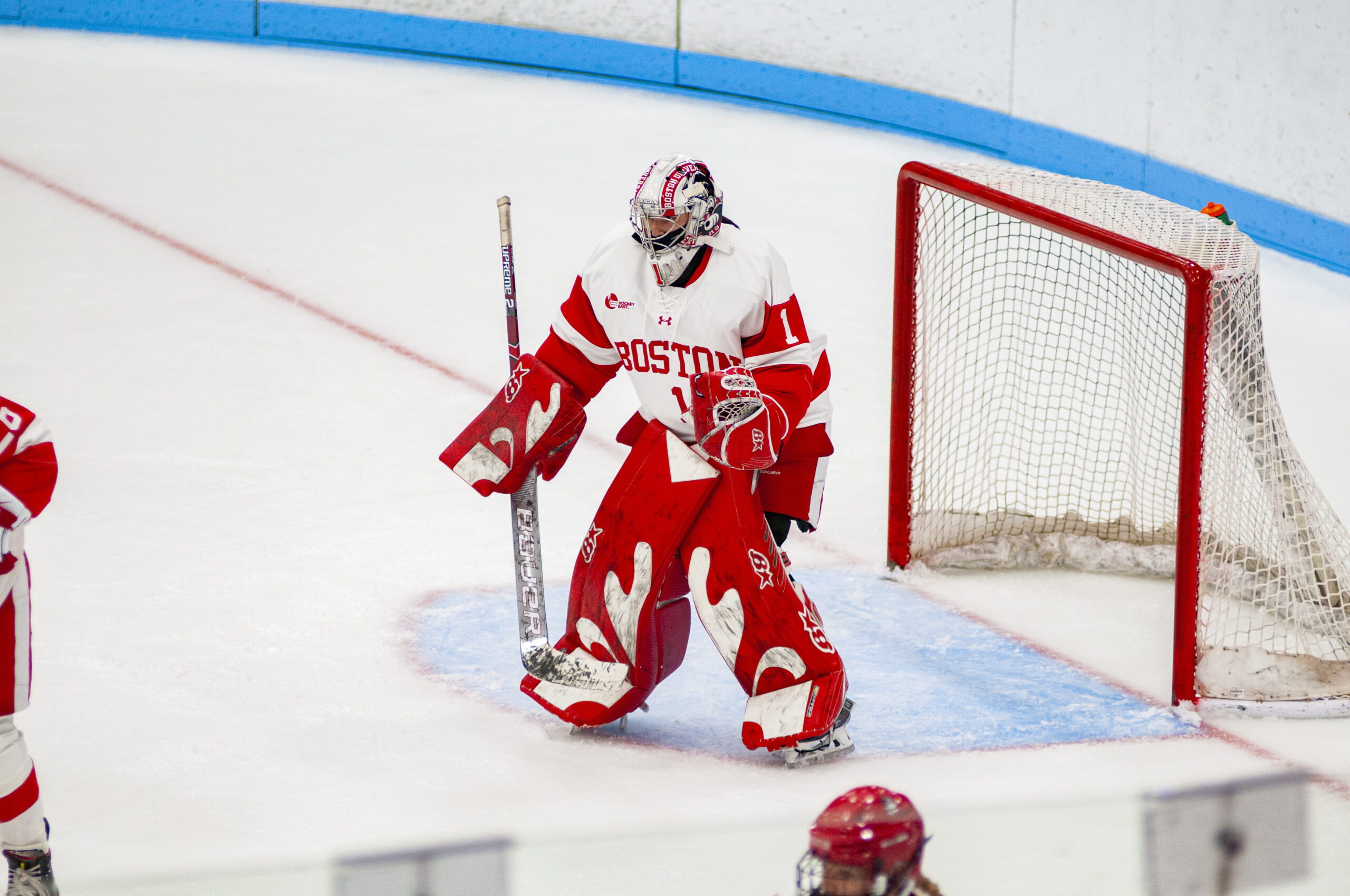 Both teams came into the contest undefeated, and despite the Terriers not having defeated the Huskies in regulation since 2017, BU came out with passion and focus. They were able to best their crosstown rivals by a final score of 2-1, improving to an overall record of 3-0-0, the program’s best start in half a decade.

“It was a real good team win. The kids fought and they competed, and we were really excited that we could close the deal in the end,” BU head coach Brian Durocher said.

The story of this game was the power play, with both goals from BU and the lone tally for Northeastern coming on the advantage. BU struck twice on the power play in the second period, with the first coming from sophomore defenseman Julia Shaunessy halfway through the frame. Less than five minutes later, BU struck again with freshman Christina Vote’s first goal as a Terrier. Northeastern eventually got on the board very late in the second through former Providence Friar Maureen Murphy.

In the third, the Huskies had all the momentum, peppering the BU net with 11 shots as compared to the Terriers’ three. However, fresh off return from injury, senior Kate Stuart was a rock in net, stopping all 11 shots in the final period and 34 out of 35 overall. This performance was topped off by an incredible right pad save with just over a minute to go, securing a massive win for BU.

With Stuart now back in the fold working towards recapturing her level from last year, combined with the strong performances from freshman Callie Shanahan, BU has a fearsome goalie tandem that will prove a major role in determining their success this year.

“Kate Stuart made some great saves. We blocked a bunch of shots, and credit to the kids for finishing the task,” Durocher said.

Since BU was able to get production from younger players, play a good team brand of hockey, and show determination to hold onto the lead against a Hockey East powerhouse like Northeastern, there’s growing excitement for what this team can do this season.

The Terriers look to stay unbeaten today as they travel to Durham to face off against the University of New Hampshire. BU completed a weekend sweep against the Wildcats just last week and hope for more of the same at today’s 2 pm start.