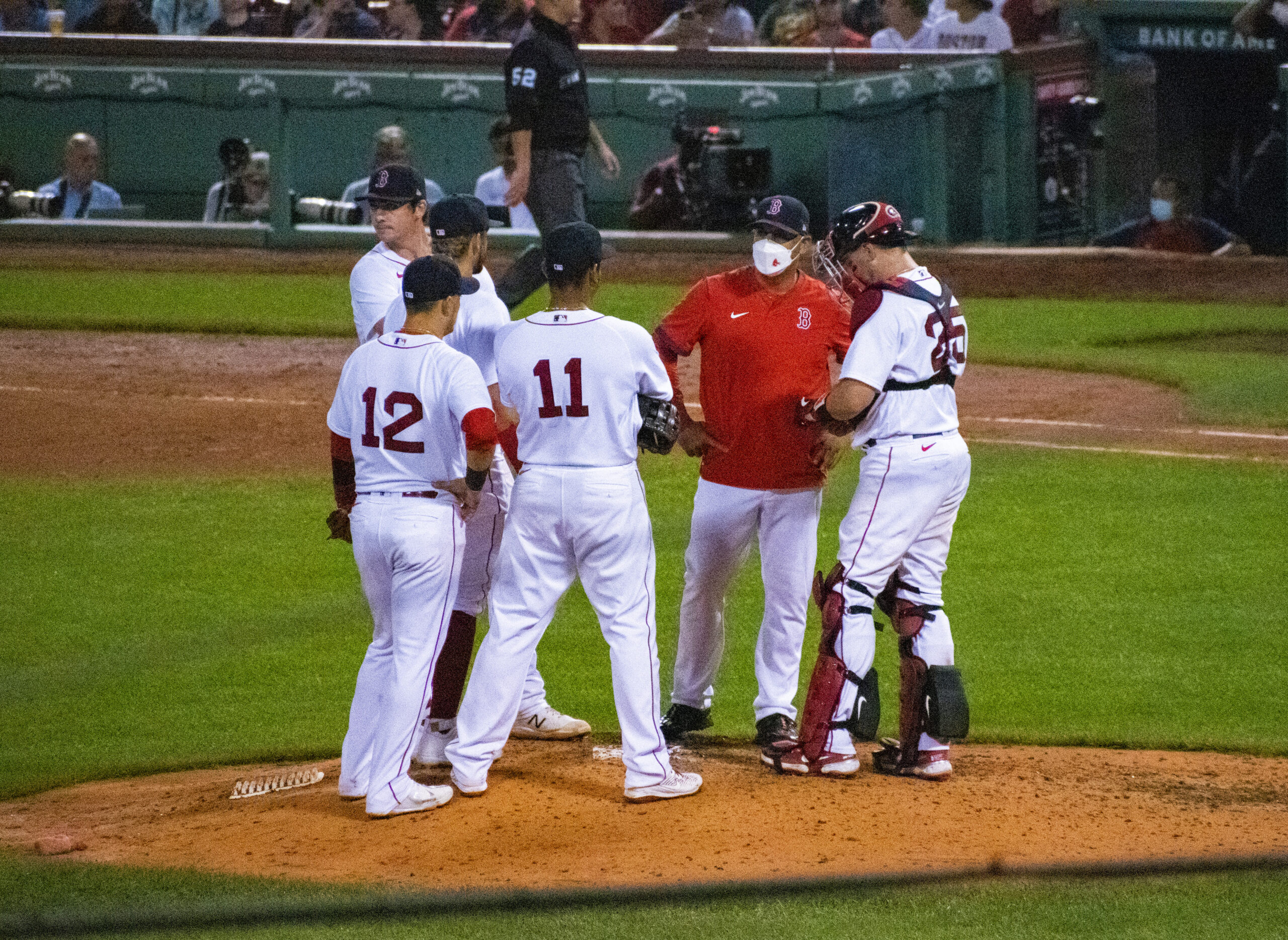 The American League Wild Card game goes through Boston, as I have always hoped, sometimes thought, and often doubted over these last few months.

This last week was precisely representative of the Red Sox this past year. They came into Tuesday with pressure mounting, and results more-than-obtainable, and lost. Wednesday, Boston showed that they were a legitimate professional baseball team in beating Baltimore. Thursday reminded faithful fans that the Sox sometimes simply can’t deliver and win a series when the stakes are high, and the strength of the opponent is dismally low.

In our nation’s capital, Boston wiped the slate clean with a series sweep, and showed up. Three hard-fought games lead to peak performances from the pitching staff and critical moments for hitters to step up. Sunday’s comeback victory was another reminder that the game isn’t over until Rafael Devers sings, and Big Scoops certainly caroled with a career performance when it mattered more than ever, to bring Tuesday’s game to Jersey Street.

I couldn’t be more proud of this team.

Looking ahead, I offer my thoughts on encouraging news that Red Sox fans can carry with them before first pitch in order to forget the equally exciting and discomforting past surrounding Tuesday’s game.

The elephant in the room for Red Sox fans is that the last time Tuesday’s starters met just ten days ago, things got ugly quickly for Boston as Nathan Eovaldi conceded seven earned runs in less than three innings, and Gerritt Cole had no-hit the Red Sox in as many innings.

Cole and Eovaldi have been feast or famine all season long.

Consider New York’s ace. In his last ten starts, he has only given up between two and five earned runs three times, with just as many shut-outs as outings with seven earned.

Conversely, Eovaldi has only had three starts in his last ten where he allowed more than two earned runs, and only one start (his last at Fenway), with more than three. Additionally, Eovaldi holds a 3.71 E.R.A facing the Yankees in 2021, a substantial difference from Cole’s 4.91 against Boston. These trends in recent outings tilt the edge towards Eovaldi.

The refreshing thought is that even if Eovaldi crumbles, it doesn’t matter.

On our radio show the morning after the Cole-Eovaldi matchup, Matt Meusel asserted that in a one-game playoff, anyone and everyone is in the bullpen ready to go. Thus, the weight of starting pitching on Tuesday compared to a regular season game is considerably smaller. Looking at his past, Eovaldi will pitch a six-to-seven strong innings of work, or be given the boot early, setting up reinforcement from a probable bullpen of starting pitchers. Either way, he won’t pass more than three earned runs and the Red Sox will quiet Yankee bats.

Boston bats are (coming) back

All year, the Red Sox’ offense has been inconsistent. This past week was a prime example, as Boston averaged just over three runs per game in the Baltimore series. Coming off two dismal offensive series, the meat of the lineup was able to produce, and the Red Sox averaged over five runs in Washington.

Is this cause for celebration? Not at all. However, the Red Sox have followed a trend all year of heating way up, and then cooling way down, and Tuesday’s game should catch them warming up.

One major concern stemming from the weekend series is J.D. Martinez’s ankle sprain. While news of the key slugger’s status for game play Tuesday has not yet been reported, it’s fair to say he won’t be playing at Fenway tomorrow.

This isn’t terrible news. With Devers and others hot, and Sox pitching staff positioned to perform, the need for offense is strong but not dependent on a J.D. appearance. Moving the lineup around to place Schwarber in left field and Arroyo at second base to replace Kiké Hernandez due to Jose Iglesias’ contractual departure from the field isn’t a doom scenario. Arroyo is rusty after being on the COVID IL, but his .264 batting average isn’t worth tremendous concern.

That being said, there’s no reason to think that Boston won’t put up more than a few runs against Cole and Co.

Fenway in October is magical, and home field advantage for Boston against their bitter rivals from the Bronx can’t position the Red Sox in more of an encouraging spot.

Yes, the Sox are coming off a series sweep against New York with the same home field position. But they know it’s win or go home, and are riding off a wave of confidence and relief after the weekend.

New York is motivated too, but the Yankees aren’t coming from a night of champagne showers nearly as joyful as Boston’s last night. It’s up to nine guys tomorrow night to keep the energy going into Thursday’s ALDS in Tampa.

Featured Image: Red Sox manager Alex Cora and his infielders meet at the mound during a pitching change in a game against the Tampa Bay Rays at Fenway Park on Sept. 8, 2021.