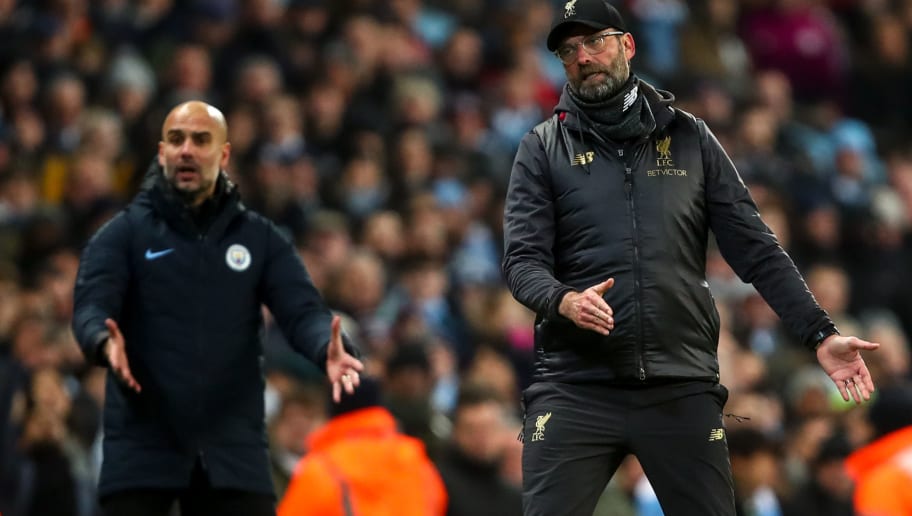 Over the course of the past four seasons, two teams have dominated the English Premier League: Manchester City and Liverpool.

Encounters between the two in the 2017-18 season saw red cards and seven-goal thrillers, 2018-19 saw an unprecedented title race, 2019-20 saw Liverpool reclaim the title for the first time in 30 years, and last year saw a wounded Liverpool team submit to the strength of City.

Through all these meetings, a relatively nothing rivalry between the two has become one which has genuine substance. With the nature of City’s title win season last year, combined with the manner in which injuries ravaged Liverpool’s season, many are quick to forget what these two world-class sides can bring to the table.

Anfield on Sunday renewed this rivalry in breathtaking fashion.

City and Liverpool entered the match with just one point separating them in the league table. With City having beaten European champions Chelsea last week, Pep Guardiola’s side were probably favorites heading into Sunday’s clash. Liverpool’s start to the season has been steady, beating who they should be beating, with minimal slip-ups or surprising results. Since City had an impressive win under their belt already, Liverpool came into this game with something to prove, having not had a significant win yet this season. But, the first half performance from the Reds was nowhere near up to scratch.

City were quite simply relentless. First to every ball, stuck in to every challenge, and chances were being created all over the pitch. Liverpool looked out of their depth and a City breakthrough looked imminent. The absence of Trent Alexander-Arnold at right back left James Milner chasing shadows against his former team and starlet Phil Foden looked bound to score.

It was at this point that Liverpool looked out of ideas. A bend but don’t break mentality was crucial for them to stay in the game and get into the locker room at half time. Which they did. Somehow, despite the utter domination from City, both teams entered half-time at 0-0. At this point I was thinking to myself, if there is one man who can turn a flat first-half performance into a second-half filled with vigor and fight, it was Jurgen Klopp. Boy, I didn’t know how right I was.

The second-half kicked off and all of a sudden the Liverpool side we have come to know turned up, and the game came to life.

Mohamed Saleh, who in my opinion is the most in-form player in the world currently, danced his way past City defenders to set up his partner in crime Sadio Mané for the opener as the Senegalese forward thrashed a low driven shot into Ederson’s net. The Kop and Anfield erupted. Mané was a shell of his former self last year and early signs this year haven’t been great. A goal from him truly lifted the spirits of both the Liverpool players, as well as fans, as it was clear their team were in the ascendency. City were not going to give up that easily though.

Manchester City manager Pep Guardiola has come into the fire-line recently for his decision to not play an out-and-out striker in his formation. Many believe questioning a tactician of Guardiola’s nature is foolish, and his transformation of Brazilian forward Gabriel Jesus would without a doubt back that up.

Jesus joined City at the back end of the 2016-17 season and was almost always playing second fiddle to the brilliance of Sergio Aguero. With Aguero now gone, the last 18 months have given Jesus the platform to make that position his own and take the next step in his career. But it hasn’t worked out for him. Guardiola, recognizing this, used his tactical nous to shift Jesus’ role to play right wing to benefit the team.

I bring up this master stroke by Guardiola for the sole reason that it was Jesus’ silky and skillful run that set up Phil Foden’s equalizer to silence the Anfield crowd and get City back into the contest this Sunday. While Jesus did the hard work to set up Foden, the 21 year-old still had a fair amount of work to do to beat the giant that is Allison in goal for Liverpool.

With each team with a goal to their name, the stage was set for the last twenty minutes to be a scintillating contest as both teams believed they could snatch the winning goal.

Foden’s goal well and truly deflated the mood of Anfield and it was going to take some inspiration from Liverpool to land the next blow in the fight. One man, who has inspirational play in excess is the aforementioned, Salah.

Salah at his peak for Liverpool was a Ballon d’or contender, taking Liverpool to back to back Champions League Finals, and scoring some signature goals in the process. Just seven minutes after City equalized, Salah decided enough was enough and he was going to make something happen. Which he did. In style.

A run that can only be described as “Messi-esque”, saw him tip-toe his way around top-class defender Aymeric Laporte and blast a shot on his weaker right foot past Ederson to give the scousers the lead once again.

Boom. Another blow to Guardiola and his men. Surely this was it, 15 minutes to go and the Anfield crowd growing in volume by the minute, how would City respond?

City did not waste any time. Just five minutes after Salah’s moment of brilliance, City’s main man Kevin de Bruyne finished off a blistering Mancunian counter attack with a left-footed effort, which took a slight deflection off Liverpool defender Joel Matip and found its way past Allison for City’s second of the game.

The reaction of the City players was telling. They were elated, and rightfully so. Their performance up until that point warranted at least a point. But what was more revealing than that, was the reaction of Guardiola.

Yes, there was clear excitement in the face of the Spaniard, but there was also another emotion: retaliation. I couldn’t help but single out Pep’s reaction to the equalizing goal as somewhat directed towards his opposite number Klopp. Pep obviously feels an added element of competitiveness whenever he is playing the Reds, and rightfully so.

Again, these two managers and these two teams have slugged it out over the past few years and memories of heartbreak as well as elation are still very much in the minds of each of these managers.

There was a time when City and Liverpool were the only two teams who had a chance of winning the league. Recent rises of Manchester United and Chelsea have distracted us as viewers of the somewhat gladiatorial relationship between these two sides.

With City being completely out of the race the year Liverpool won their title, and Liverpool being nowhere near City last year, there has been a sense of apathy between these two sides. With the stakes as high as ever this season for both sides, this game gave us a crucial reminder that there is bad blood between the Reds and Citizens.

While Thomas Tuchel and Chelsea are very much a part of the title race this season, I would not be surprised to see these two teams once again being the last two standing come May. I, for one, enjoy that prospect.

We have seen in recent history that these two sides have a bit about them when it comes to competing against the other. With this being a rivalry that has been born out of pure competition, and not location to one another, there is an added element of drama and competition whenever they play.

Regardless of which one of these two teams ends up on top at the end of the year, this Sunday’s breathtaking display of quality and competition reminded us all that this modern day rivalry is here to stay, so get your popcorn ready.