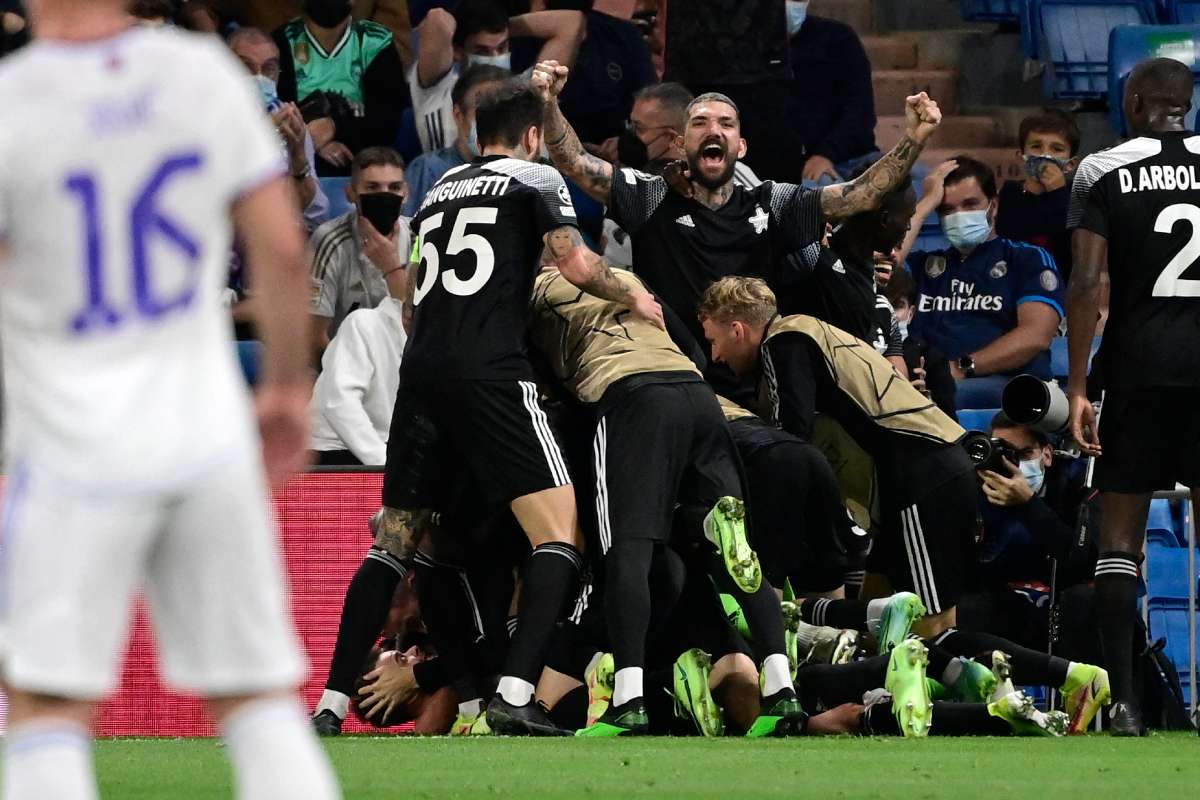 The Champions League is well and truly back. Messi in Paris, Cristiano in Manchester, football fans worldwide are in for a spectacle over the course of the next six months.

While many expected that headlines would be streaming out of Munich or Turin this week, few would have expected headlines to be coming from Madrid. FC Sheriff Tiraspol of Moldova are playing in the UEFA Champions League for the very first time. When tasked with playing the 13-time winners of the competition Blancos from Real Madrid, only a fool would have given the Moldovans a chance against the Galacticos. Or so we thought.

Sheriff took the lead and sent shockwaves throughout Europe in the 25th minute, but then the ever-present Karim Benzema equalized for Madrid from the penalty spot in the 65th. Here we go again, Madrid come back and end up winning, right?

The game remained a stalemate for another 25 minutes, when the dream for any football player who has ever played the game became a reality.

The emotion and joy on the faces of the Sheriff players and staff is the reason football is the most popular sport in the world. There is simply nothing like it that can unite so many of us, and put smiles on our faces, as well as agony in our hearts.

You might think that this game on its own is a tremendous story, which it is. However, it gets better.

Let’s go back to the European Super League saga that transpired back in April. For those of you who aren’t familiar, the biggest and “best” football teams across Europe threatened to break away from their respective leagues, and make a league of their own called the European Super League. Fans across the world howled at the greedy nature of this proposal and eventually got the deal halted. Through all the angered fans and protests, there was one man who not only opposed them all, but was an active proponent, and the central figure around the idea of the Super League. Florentino Pérez. The owner and CEO of who you may ask? Real Madrid.

Pérez’s claims were that “The Champions League is an attractive competition, starting from the quarter-finals, the rest is less exciting, according to Saudi 24 News.

Oh Florentino, how I disagree. The money-hungry nature of men like Pérez is the reason passionate football fans around the world were angered by his idea. His idea wanted to revoke Sheriff Tiraspol from ever getting the chance to play against Real Madrid. All because he wouldn’t get as much money in his pocket.

This night was an all-time Champions League night. On the same day PSG and Manchester City played each other in a game between the two wealthiest clubs in the world, the little club from Moldova was able to stick it to the wealth and greed of Real Madrid and Florentino Pérez and make all the headlines.

That is poetry. That is football.