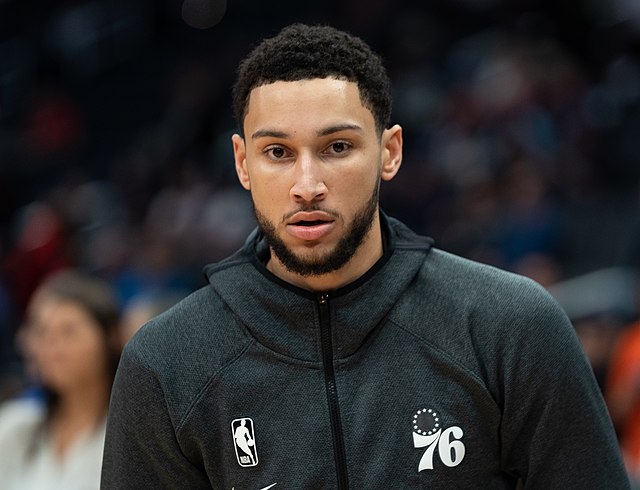 Ben Simmons, a player who literally threw the Philadelphia 76ers’ championship dreams away in the playoffs, is asking for a trade.

How does an NBA franchise point guard shoot 33% on free throws in the postseason and then act like his team is in the wrong for shopping him and telling him that he may not be a championship level-player?

Superstars hold all the power in the NBA. The foolish choice was made to tell Ben Simmons he was one of them.

Ben Simmons was told he was an All-NBA, max-level talent. He failed to live up to those expectations of a talent like that this postseason.

Yet, he has never lived up to the qualifications of a superstar talent despite being dubbed one.

As Rookie of the Year in 2018, he put up a lone point against the Boston Celtics. As an All-Star the following season, he was shut down by an assistant coach in Jared Dudley, which he followed up with three single-digit scoring games against the Raptors. As an All-NBA player, he was a literal no-show in the bubble with a knee injury as the Sixers got swept.

Yet, he was crowned not just as a future star – with the incessant qualifier holy grail of “if he develops a jumper” – but as an active star.

Simmons was considered a Defensive Player of the Year candidate and an all-defensive player despite never having even a top three defensive rating on his own team. He was oft-compared and even considered better than genuine MVP-candidate teammate Joel Embiid, despite all tangible evidence. Simmons was on the rise despite his numbers hardly evolving since his rookie year

Why does Ben Simmons feel entitled? He was told he should be.

When Simmons was vaulted as the next LeBron coming into the league, there were hardly any corrections made after abandoning his jumper post-Summer League.

He exceeded the expectations set for him these playoffs.

He put up a career best nine assists per 36 minutes in the playoffs. His +19.6 postseason on-off was finally comparable to Embiid and the best of his career (Dwight Howard’s -20.5 was probably the real reason they lost). But he takes a page out of fellow Klutch Sports client LeBron James, making a pass leading to free throws and he hears four years worth of criticism.

Now, he’s too passive. Now, he can’t be the point guard on a championship team, perhaps not a point guard at all.

Unwarranted? For the most part, no. But they were as warranted as a rookie as they are now, and outside of a few memes about shooting threes, Simmons never felt the pressure, only praise.

He’s produced at the level expected of him his entire career, and now it’s an issue deserving of public scrutiny? It is unsurprising he’s miffed.

The Sixers aren’t insane for wanting more than Malcolm Brogdon for their franchise star. They’re just a year late to everyone finally realizing that Ben Simmons is Ben Simmons.