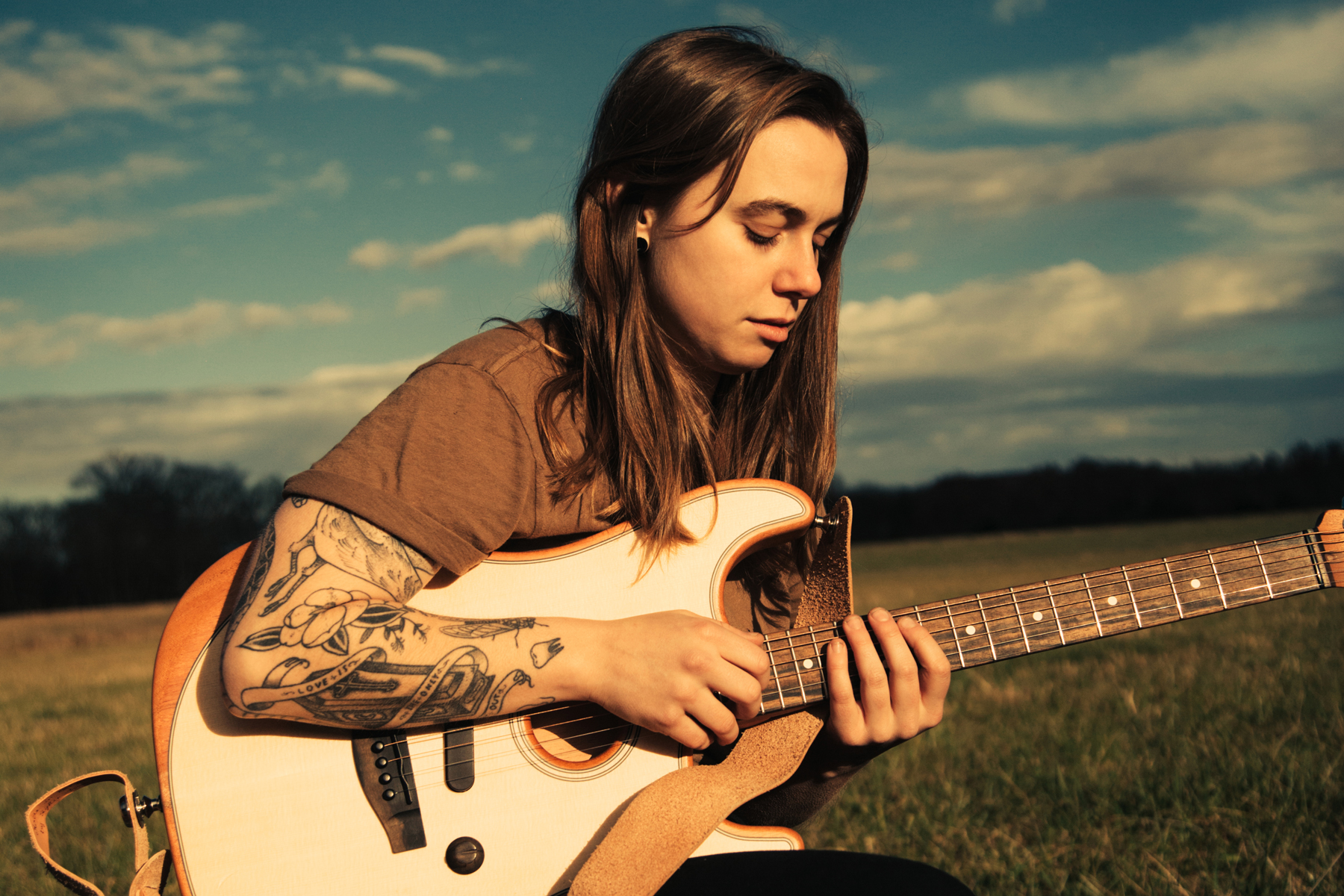 Stage lights bleed from restless red to blue around a woman with her hair down wearing navy and black workwear. In the smoky haze she is shifting her weight away from the crowd and tightening a guitar string. She looks up. A subdued drumbeat, then her melancholy sway, then the crowd roaring with relief that says finally. She leans into the mic and her voice splinters from her body, lodging itself under the crowd’s skin.

“Beat myself until I’m bloody

And I’ll give you a ringside seat

I’m sorry that you had to see me like that.”

This is Tennessee native indie rock superstar Julien Baker playing to Boston’s House of Blues on the first leg of an international tour. She’s kicking off the last third of her set with “Ringside” from her third album Little Oblivions, released February 26, 2021. The song argues against second chances but concedes they’re all too easy to offer, echoing album-long interrogations of guilt, self-punishment, and mercy.

Little Oblivions is an electrifying and mind-numbingly bleak album combining songs composed before and during the COVID-19 pandemic. Ushering in a new era of full-band ferocity for Baker, who previously pledged to folksy, one-woman arrangements, the album offers a tenderness comparable to Sprained Ankle, her 2015 debut, and lyrical strength mirroring Turn Out the Lights, her 2017 follow-up. Yet Little Oblivions pushes further, exploring layered instrumental tensions that challenge listeners to tap into dynamic introspection and explosive anger. On the final Friday night of summer, I watch Little Oblivions thunder to life. Baker leaves behind an era of subdued self-reckoning and invites us all to her communal emotional exorcism.

Eager fans are lining up by 5pm, and by 7pm the line reaches Brookline Ave. People ahead of me chatter about meeting members of Fall Out Boy at the Fenway McDonald’s and others behind me make meetup plans for upcoming Phoebe Bridgers show. Inside, I entertain myself eavesdropping until 8pm, when Mini Trees, aka Lexi Vega, emerges to play a pink-tissue-paper-soft “living room pop” set of songs from her debut album released that same night, Always in Motion. The fragile “Youth” rings in my ears until the second opener, punk rock heroine Thao, enters the arena on electric mandolin. It’s my second time seeing Thao, the first being Middle Waves 2017, and my second time screeching the refrain of “Fool Forever,” her song that hinges upon audience participation. She brings out Mini Trees to help conduct the crowd as well as Baker and her band, announcing afterwards that this show marks their first time teaming up for the song.

By the time Baker takes center stage, the audience has been cracked open emotionally in opposite directions, the prime condition for Little Oblivions to make its mark. She opens with “Hardline,” the first track of the album, and her voice is a narrow ray of sunlight slipping between synth slats of a boarded window:

“Blacked out on a weekday

Still, something that I’m trying to avoid

Start asking for forgiveness in advance

For all the future things I will destroy.”

It’s the most aggressive track from the new album and inaugurates the full-band sound – raucous drums from Matthew Gilliam, intense synth from Noah Forbes, violent riffs from Mariah Schneider on guitar, Baker’s chaotic and complex pedalboard effects, and Calvin Lauber adding dark bass. It fills the air with frenetic artistic energy. From there she dives directly into “Bloodshot,” an evocative track with its lyrics scribbled onto the album cover:

“There’s no glory in love

Only the gore of our hearts.”

She cycles through new emotionally exhausting songs switching between two Fenders, an Acoustasonic Stratocaster and Butterscotch Telecaster. Mini Trees returns to add vocals on “Favor,” the fourth song in the set and most hauntingly guilt-ridden track on the album.

When the band leaves Baker alone on “Something,” she welcomes us to sing along, her invitation met with enthusiastically morose participation. Immediately after, though, she stumbles almost imperceptibly playing “Televangelist,” then “Song in E,” on the keys. Her gaze visibly shifts inward in frustration for the rest of the show despite fans chanting encouragement, echoing a message from “Song in E:” “It’s the mercy I can’t take.” “Repeat” draws full-body chills as its upbeat danceability fuses with wispy backing vocals and Baker’s voice fractures into static. As the show comes to a close after “Sour Breath,” Baker announces the fake exit that concert etiquette commands, drawing a laugh from a crowd ready to scream encore. “Ziptie” is Baker’s somber detonation of politically conscious pain, complete with her most desperate headbanging and a collapse to the floor.

Emotional whiplash: after less than a minute of raucous applause, Baker skips back out for the promised encore sporting a Red Sox jersey and beaming. The same crowd that hours before queued up opposite the Fenway line applauds with surprise. She tosses a signed baseball toward the back and launches into “Everybody Does,” beaming alone from a dark stage. The penultimate song is a self-loathing admission of defeat from her first album and the first song of hers I heard. My nostalgia and her sheer enthusiasm listening to the crowd sing fill me with warmth, despite a hook that inspires dread: “you’re gonna run when you find out who I am…it’s all right, everybody does.”

Then she’s surrounded by the band once more to end with “Appointments,” a song many would cite as their welcome to Baker’s world. It crackles and explodes in a final burst of chaotic catharsis. She exits with graceful urgency after sincere thank-yous.

As the house lights come up, I’m searching the masked crowd for answers about what we’ve witnessed. I come up with a little more faith that I’m not the only one who feels the afflictions I feel, for better or for worse.