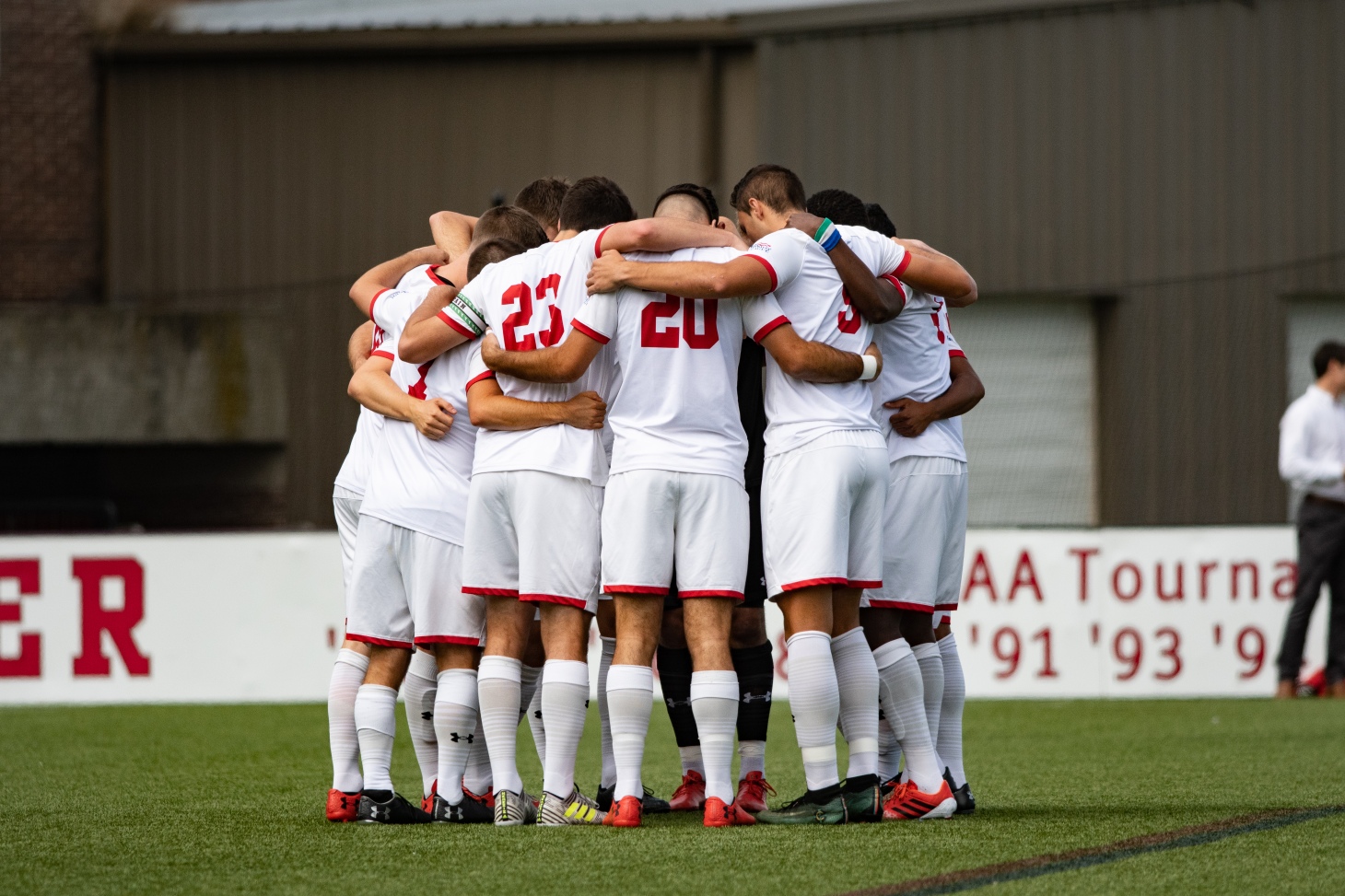 NEWTON, Mass. – “It’s a tough one to swallow, not from losing a game to a quality side but just with how things transpired.” said Boston University head coach Kevin Nylan, summing up his team’s 2-1 loss against rival Boston College, which dropped the Terriers to 0-2 on the season.

The Terriers possessed the ball more in the first 30 minutes, and BU’s midfielders were able to dristribute the ball well, creating offensive opportunities. One of those opportunities at 28 minutes when junior midfielder Quinn Matulis was hauled down just inside the eighteen-yard box. Matulis gave the Terriers a 1-0 lead with a low and hard shot just inside the left post on his ensuing penalty kick.

Just three minutes after the opening tally, BC freshman defender Moritz Frahm chased BU freshman midfielder Brian Fernandez down the right side of the field and slide-tackled him from behind. Fernandez was shaken up on the play, and Frahm received a red card.

Despite BC being short-handed for the rest of the game, the tables turned, and the Eagles started to push the pace heading into halftime.

Just over a minute into the second half, junior forward Stefan Sigurdarson got the equalizer for the Eagles. First-year midfielder Aidan Farwell collected a through ball down the right side of the eighteen-yard box and snuck the ball between the legs of BU defender Evan Morrison. Farwell forced BU goalkeeper Francesco Montali to come out and challenge him, and that’s when he fed Sigurdarson for the easy tap-in.

We're level in the Battle of Comm Ave! pic.twitter.com/LtGgqnsadJ

From that point on, the Terriers were chasing the game. The red card galvanized the short-handed Eagles, who won more of the 50-50 battles and possessed the ball for large stretches of the second half.

In the 62nd minute, the Eagles broke the tie. Amos Shapiro-Thompson chipped the ball ahead to a streaking Sigurdarson, who settled the pass and roofed a left-foot shot into the top left corner.

Despite the disappointing loss, Nylan said that there is a lot that the team can learn.

“For our guys, it’s a big learning night with learning control in terms of the emotional side as well as just being in these situations,” Nylan said.  “But as I said to the group, we will for sure bounce back.”

The Terriers will not have to wait long before they get the chance to bounce back. BU will host the University of Massachusetts this Friday night at Nickerson Field at 7 pm.