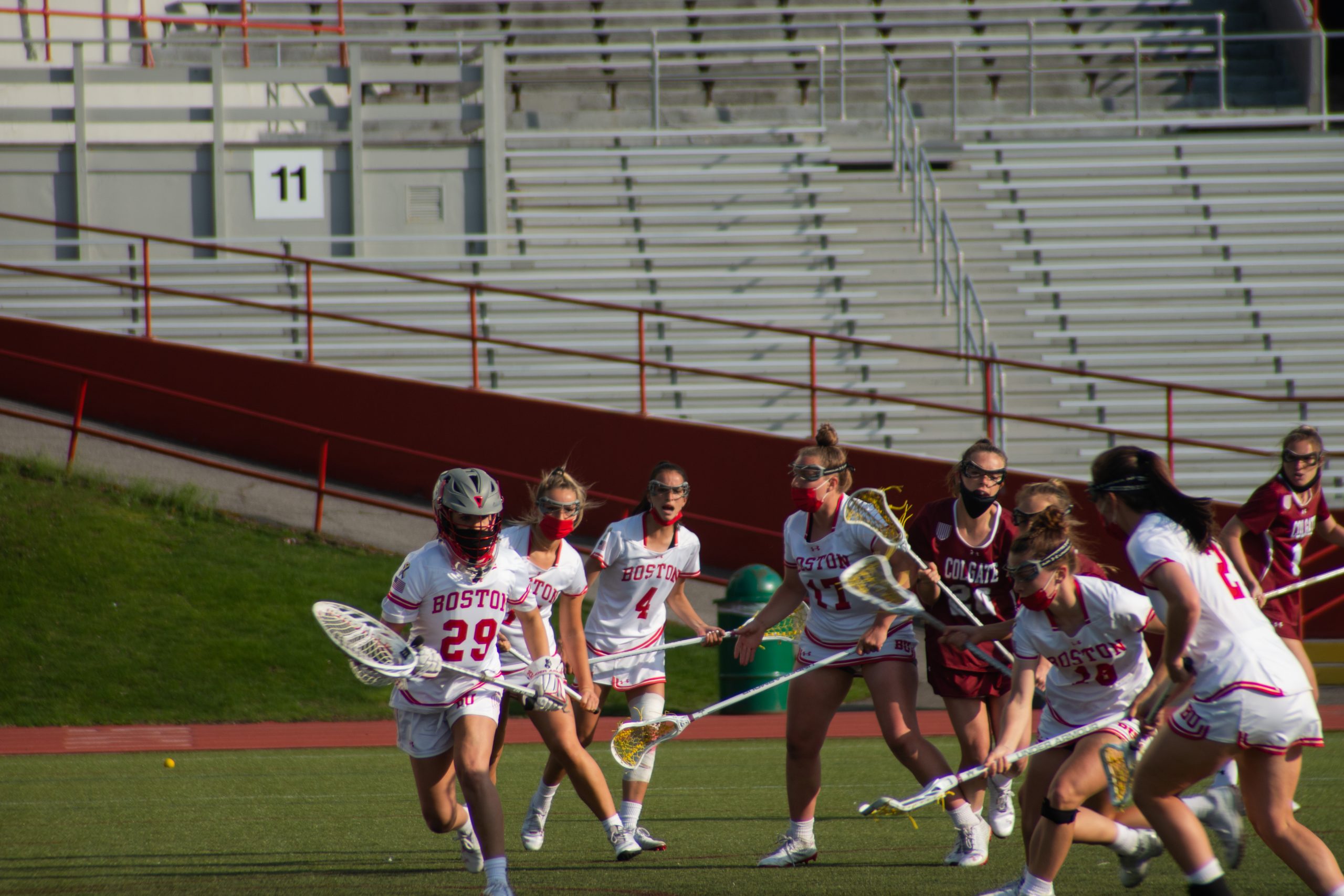 The Boston University women’s lacrosse team took a ride up to Hamilton, N.Y., Monday afternoon to face Colgate in the Patriot League quarterfinals. Despite their efforts, they were unable to emerge victorious, and saw their season come to an end with a 15-13 loss.

Though the Terriers (4-6, 3-3 PL) built a series of three and four-goal leads in the first half, the Raiders (5-5, 3-3 PL) came back each time, before going on a 5-0 run to end the first half up 10-8. BU was playing from behind for the majority of the second half, only holding a 1-goal lead for 93 seconds before relinquishing it for good.

First Team All-Patriot League midfielder Emily Vervlied was almost a non-factor, only contributing one assist in the contest. However, Makenzie Irvine and Michelle Seger each contributed hat tricks on the stat sheet to keep things close. Ava Barry led the team in points with five.

Following eight goals allowed in the first half, goalie Arielle Hammer was taken out of the game and replaced by Kennady Smith, who made an incredible 10 saves on 17 shots faced, keeping the Terriers in the game when their offense lagged.

The Terriers were plagued by turnovers throughout the game, as sloppy play led to 17 this afternoon, as well as giving up seven free position opportunities, which led to four goals.

Though the season may not have ended the way the players had hoped, this team still provided an exciting look at the future of Terrier women’s lacrosse. There is a sizable group of impressive underclassmen, and with an impressive recruiting class incoming for 2022, the future looks bright.

The contributions of the 10 departing seniors will be deeply missed, on and off the field.