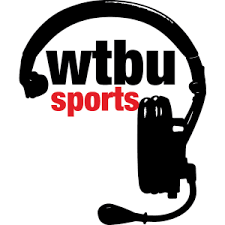 On Friday morning, Boston University women’s basketball announced that Melissa D’Amico would take over as the program’s ninth head coach. D’Amico replaces Marisa Moseley, who led the team for three seasons before taking the head coaching job at Wisconsin.

“I’m so honored and humbled to have the opportunity to coach at a world-class institution like Boston University,” said D’Amico in the press release. “I’m thrilled to be a part of the Terrier family and join such a diverse and energetic community.

“The support and guidance I’ve felt throughout this process has been unmatched and every person I have met over the last few weeks has made me fall even deeper in love with BU and what it represents. I cannot wait to get started with this amazing group of young women and continue to build on their successes on and off the court.”

A recipient of the Women’s Basketball Coaches’ Association’s “30 under 30” recognition, D’Amico has spent the last three seasons as an assistant coach at Wake Forest. According to the school’s athletics site, she primarily worked with post players while on the staff.

D’Amico also has heavy recruiting experience; she spent three years as the recruiting coordinator at Yale before coming to Wake Forest and served in the same role with the Demon Deacons. She also once coached as an assistant in the Patriot League with the Colgate Raiders.

“Melissa emerged as a perfect candidate to continue the great momentum that our women’s basketball program has built in recent years,” said athletic director Drew Marrochello. “Her experience in the ACC, Patriot League and Ivy League put her in a great position to be our head coach. As we learned more about her, we quickly realized that she would be a great fit as she is devoted to providing a holistic student-athlete experience and has the passion to see each young woman succeed on and off the court. We are thrilled to welcome her to the BU family.”

As a player, the 6-foot-5 D’Amico suited up at center for Notre Dame and played 119 games before graduating in 2008. She then went on to play five seasons professionally overseas.

D’Amico joins a BU program that consistently improved over the past three seasons under Moseley, culminating in the team’s first title game appearance as a member of the Patriot League this past season. But Moseley, assistant Kate Barnosky and longtime starting point guard Katie Nelson (grad transfer) are all departing for Wisconsin. It remains to be seen how D’Amico will form her coaching staff.