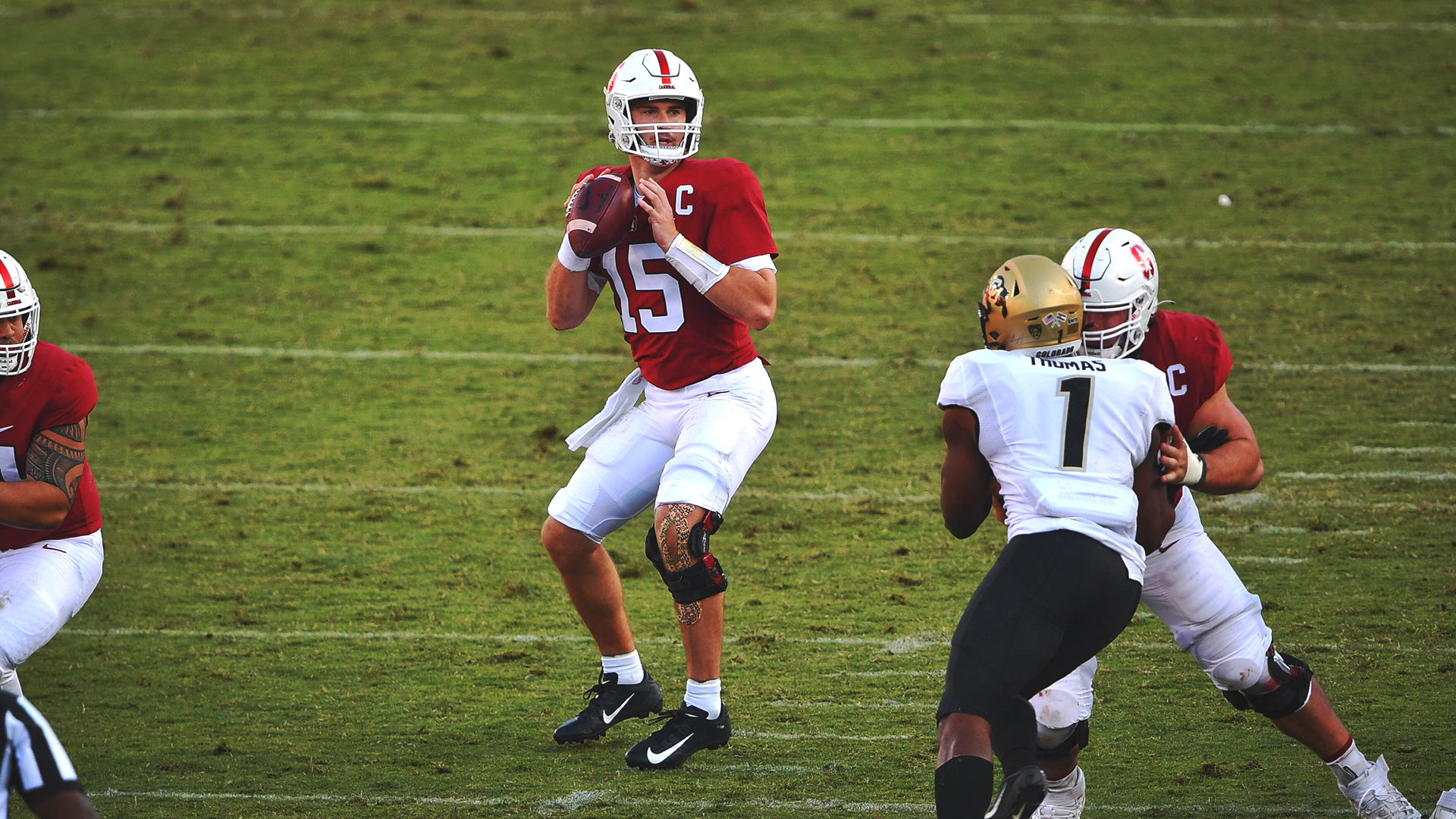 Let’s open this with a little philosophic plea to the Patriots war room: please, please, please do not select a quarterback in the first round of the NFL Draft.

The stakes do not get any higher for a front office. The Day 1 quarterback is the most consequential roster-building decision in football. Every first round QB is supposed to be the savior for his respective franchise, no matter how unreasonable that expectation seems.

In New England, the pressure multiplies tenfold, because that person has to revive a dynasty and succeed the greatest football player to ever step on a field. Coaches can preach patience all they want. The media and the fans wait with party streamers and pitchforks while they watch every move a post-Tom Brady quarterback makes. And they’re waiting for the surprisingly small chance that said savior really is the future of the position.

ESPN’s Dan Graziano broke down the success rate of NFL first round picks from 2000-2016. Of the 45 quarterbacks chosen on Day 1, just 19 signed a second contract with the drafting franchise. Twelve of those 19 were top-4 picks. Outside of the top four, the second-contract rate drops to a putrid 7-for-25.

There’s no reason to let one player’s success drive the narrative in New England. The Patriots know, better than any other team, that franchise-altering value can come in the second and third rounds.

They should lean into that wisdom by drafting Davis Mills. The Stanford passer mixes a solid floor with a sneaky high ceiling. He can develop into the long-term answer at quarterback without all the eyeballs.

Mills’ draft profile is an oxymoron. He’s one of the most inexperienced NFL-ready quarterbacks on the radar. Mills started just 11 games in his college career across three seasons at Stanford — not exactly the highest-profile football school in the world. But the 22-year-old is not new to the scouting community; he was the No. 1 pro-style QB in the 2017 high school class and the 15th-ranked overall recruit in the nation. And if you look at the college film, you see why.

Mills tosses dimes. I know this is only a highlight mix, but look at some of these throws. He’s great at getting the ball out of his hands quickly and forcefully. Plenty of these looks feel New England-esque, too. Mills can sling or loft the ball right over the seam to tight ends and slot receivers. He can also nail the sidelines and endzone corners.

The Athletic put out a massive draft guide this season. Dane Brugler lists these among Mills’ strengths:

Altogether, these observations tell us Mills is an accurate, confident and naturally gifted passer. He does not possess a cannon, but he can throw the ball deep. More importantly, his ability to dissect the open field should have Jonnu Smith and Hunter Henry making every penny of their lucrative contracts count. The New England coaching staff shouldn’t have to worry about jitters or hesitation with Mills. He knows he can make any throw he needs to on the gridiron.

Of course, there’s a reason he’s not in the vaunted top five of this quarterback class. Mills is woefully inexperienced, and that manifests itself in mental mistakes and a lack of field awareness. But I’d argue that these flaws are correctable.

Here’s a fantastic breakdown from Tim Jenkins. It gets really nitty-gritty and technical, but I highly recommend:

Jenkins is actually quite harsh. Spoiler alert: he has the Stanford slinger well outside the top five, and blasts Mills for a lot of painful oversights. But what I noticed a lot was Jenkins saying something like, “In fairness, this is still a beautiful ball,” when Mills would throw into double coverage without realizing. It’s not that Mills is freaking out and falling apart; in contrast, he’s generally staying poised, but just doesn’t have the requisite understanding of defenses yet.

The other major knock is that Mills has essentially battled a knee injury for 3-4 years before this season. You can see the brace he wore at Stanford. Of course, I don’t have access to medical records, so I don’t know how much of a concern the knee is. Based on him removing the brace for his pro day workouts, I feel optimistic.

To summarize: Davis Mills is a raw talent who checks Bill Belichick’s classic boxes of accuracy, grit and quick thinking. He just does not have enough games under his belt to make the right decisions yet. That’s why Mills is generally regarded as a Round 2-3 talent. And that’s why he slides perfectly onto the Patriots’ roadmap.

Bill Belichick already showed some of his hand. We’ve seen him at a Mac Jones workout (for the record, I think this clip is unfair to Jones and taken extremely out of context), and the Pats will reportedly send some folks to Trey Lance’s next pro day. So they’re looking at quarterbacks.

But my wildly speculative conspiracy brain thinks a first round QB is out of the question. Remember that Cam Newton is back. More notably, remember his contract breakdown:

Newton has $3.5m guaranteed and $10m based on performance and play time. Here's a breakdown of Newton's incentives and bonuses: pic.twitter.com/ySfHwOmfUV

The range of incentives tell the story. The most basic bonus is Newton being the Patriots’ QB1 for 60 percent of snaps. You’re telling me that Newton and his team signed off on some of these incentives without New England giving him the understanding that he could go get them? Obviously a starting job isn’t guaranteed, but given these bonuses, you have to think Newton is the heavy Week 1 favorite already.

Yet! If the Pats draft a first round quarterback at pick 15 or earlier, it immediately sets the expectation that he will start Week 1. We reach an impasse. If the first round pick gets the nod, Newton’s contract suddenly makes little sense, he knocks on the door every week to play, and [insert rookie QB] has to face the brutal Boston sports media landscape every week while he tries to learn a complex offense. Or Newton does start — with controversy given last season’s performance — and [insert rookie QB] gets the bust label slapped on him early because he cannot beat out Cam Newton.

Logic points us to a developmental quarterback. It doesn’t have to be Mills; Kellen Mond, Jamie Newman and Ian Book stand out as other options. But as I argued above, Mills is too perfect a fit for New England.

The ideal Patriots plan is simple. Cam Newton opens as a safe option for the 2021-22 season, plays with improved success versus last year, and earns himself a substantial contract with another franchise. Davis Mills learns the system in a low-pressure role as the backup or third-stringer (Jarrett Stidham everybody!). Bill Belichick uses that first round pick on a player he knows can step in right away and contribute.

Mills earns the gig in summer 2022 because, as I mentioned, he’s really good at football. And if he doesn’t figure it out? The Patriots bungled a second (via trade) or third round pick, which is a whole lot more forgettable than missing on 15th overall. But what if Cam Newton is so good that he stays? Then the Patriots didn’t spend a first round pick on a backup QB to be traded.

Trey Lance, Mac Jones, and especially Justin Fields are enticing. I won’t be furious if they suit up for the Pats. But miss on a first round quarterback, and your franchise gets set back years.

Think about the Bills in 2013, when they selected E.J. Manuel in the mid-first round, and how that turned out. Or the Broncos in 2016 with Paxton Lynch. Or the Jaguars with Blaine Gabbert, or the Vikings with Christian Ponder, or the Browns with literally anyone before Baker Mayfield. These were brutal picks for some of the NFL’s struggling franchises; now imagine the pressure on the New England Patriots.

Instead, you could not imagine that at all and still get your QB of the future — by picking Davis Mills.