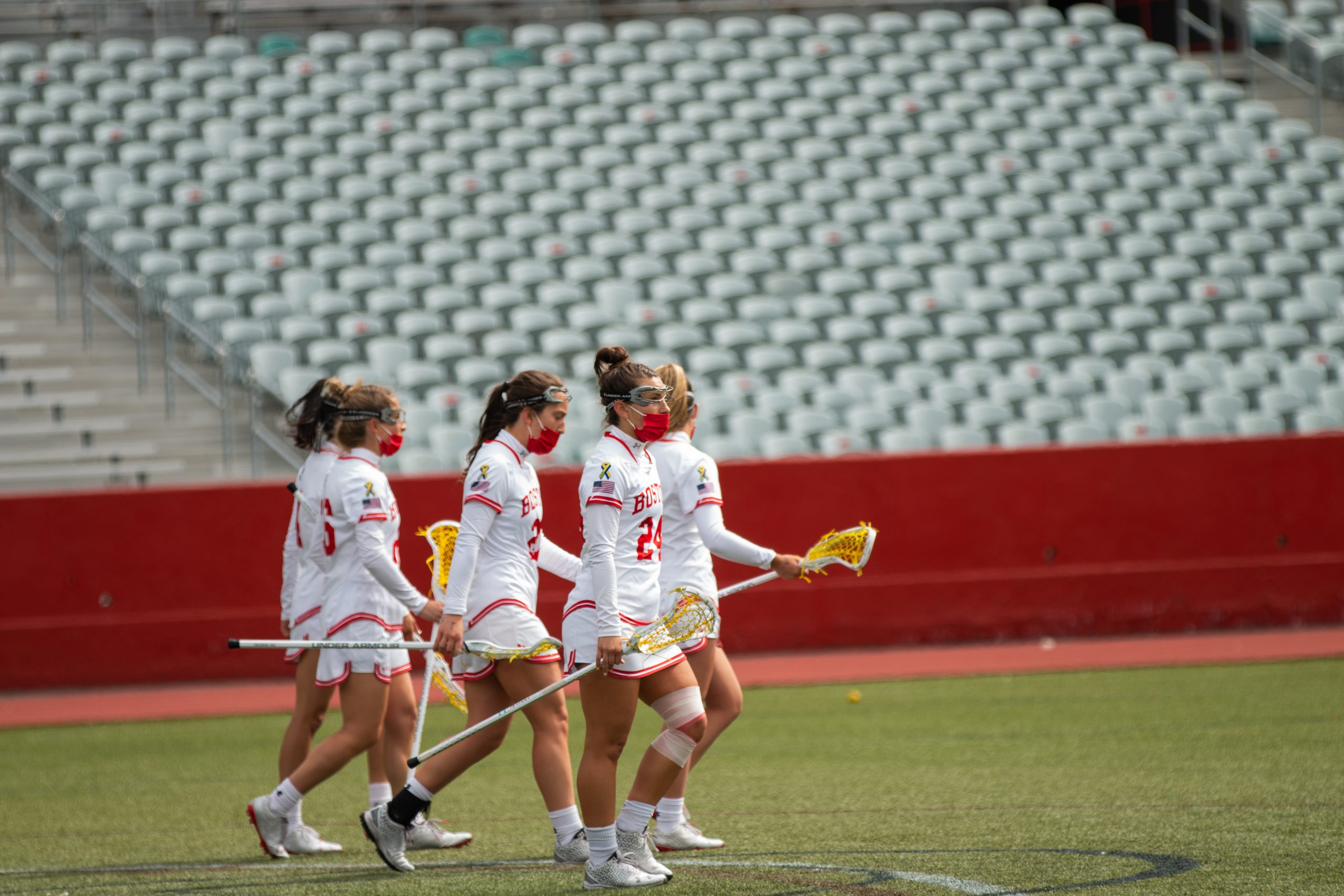 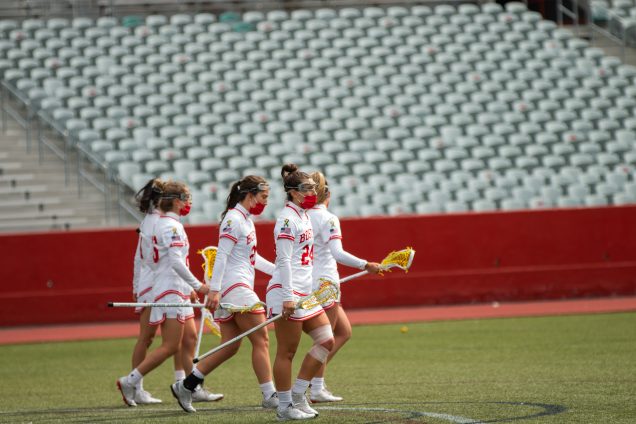 A shorthanded BU women’s lacrosse team saw its two-game win streak snapped at the hands of Army West Point on Saturday, falling to the Black Knights 15-8.

The Terriers (3-5, 2-2 PL) were unable to get much going offensively, being held under double digits by the Army defense, and played from behind for nearly the entire game. Though BU kept it close for much of the game, Army (4-3, 4-2 PL) went on a 5-0 run in the second half that put the game out of reach.

BU was once again down several key players, including all three of their goalies for the second straight game. Senior Meg Hickey got another start in net after her stellar performance last weekend, making 6 saves on 21 shots on goal.

“Army’s a good team. They’re a fast team; they’re physical. I think the tough part for us was stringing together enough plays to be able to consistently go on a run or make stops. We didn’t necessarily get into a flow offensively, which hurt us.” said coach Lauren Morton postgame.

Despite the loss, senior Emily Vervlied had another stellar performance, netting 2 goals on 3 shots and dishing out 2 assists. Vervlied also tied with sophomore Jen Barry for the team lead in draw controls with 6. On the other side of the field, Army senior Jackie Brattan put on a show with 5 goals and 1 assist to lead her team in points.

The Terriers have their work cut out for them if they hope to make the Patriot League postseason tournament. They currently sit at 3rd in the North Division, with a matchup against second-place Colgate next weekend in Boston. The Raiders (4-5, 3-4 PL) are the losers of 4 straight, and Saturday’s game is a must-win for BU in order to make the tournament. If the Terriers can win out, defeating Colgate and then Army, they will earn a spot in the tournament.