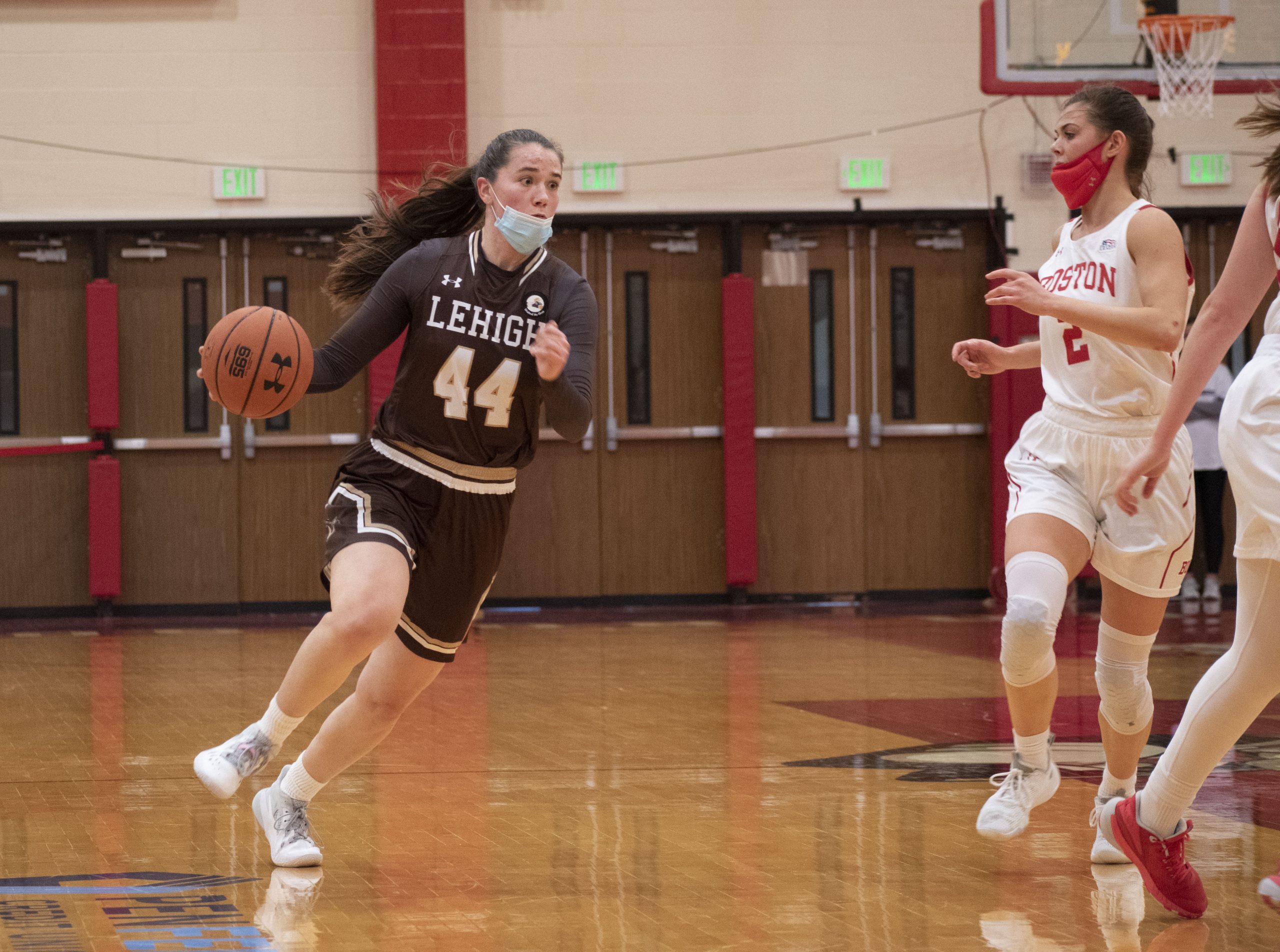 BOSTON, MA — Boston University women’s basketball knew going into the game that Lehigh would bring a uniquely high-powered offense into Case Gym. But when the game turned into a championship defensive chess match, BU simply couldn’t find the buckets to match.

The Terriers lost the Patriot League title game to the fourth-seeded Mountain Hawks, 64-54, and missed out on attending their first NCAA Tournament since 2003. BU shot just 32.9 percent from the field in the defeat.

“We’ve seen this kind of story before. When shots aren’t going in for us, it’s a lot harder for us to win,” coach Marisa Moseley said after the game.

Sydney Johnson, who landed on the All-Tournament team, led the Terriers (12-3) with 16 points but made just six of her 17 shots. Katie Nelson (4-of-16), Maggie Pine (2-of-11) and Emily Esposito (5-of-13) couldn’t break through the Mountain Hawks’ revamped defense.

“We reviewed a lot of film over the last few days,” said Lehigh coach Sue Troyan. “We only had two days to prepare, but we put in basically a whole new defensive scheme.”

“Our coaches spent a lot of time thinking about how we were gonna be able to get defensive stops at this point in the season,” added senior Mary Clougherty. “You win championships on the defensive end, and I think we showed that in the semifinals and the finals today.”

The Mountain Hawks (10-5) threw everything and the kitchen sink at BU defensively, as Troyan explained:

“[It] started in zone [and] on the first pass went to man. We showed a 1-3-1 look, a 3-2 look, a 2-3 look that on the first pass went into man, and it took [the Terriers] out of their comfort level of executing what they wanted to execute,” she said. “I thought they just never got comfortable in their offensive sets.”

On the other end, Lehigh took off by attacking the Terriers inside. Frannie Hottinger finished with 21 points on 9-of-14 shooting and dissected BU at all three levels. Emma Grothaus, who earned tournament MVP honors, consistently took advantage of the slower-footed Maren Durant on drives and spot-ups. She finished with 12 points and eight rebounds.

“We just had the game plan to attack, and to attack and finish through contact or attack and kick to our three-point shot… so our mindset was really just: don’t let [BU] slow us down,” Grothaus said.

“We were a little bit afraid of the threes,” Moseley said, “so we didn’t want to sit on that high post too much and give up wide open threes.”

The Terriers made a couple of runs throughout the game. Emily Esposito banked in a three-ball at the halftime buzzer to cap an 11-1 stretch that brought the deficit to 31-29. Midway through the fourth quarter, BU put together an 8-0 run to make it 54-51, only for the Mountain Hawks to counter with their own 10-0 dagger. Lehigh’s resilience only underscored a season-long keyword.

“At the end of August when we started up the preseason,” Troyan said, “I said the two themes of the year for us to be successful were adaptability and resiliency… Things are gonna change, and it’s gonna be a very different season.”

The loss ends BU’s bizarre year of college basketball. Between masks, pauses, mini-conferences and back-to-back scheduling, this season threw unique challenges at Moseley and the Terriers. They had not faced Lehigh since February 2020.

“It was just a little bit strange in that way,” she said. “I think under a normal year, you would have a better feel for the teams.”

“I think the moment was a big one for our kids, and I have to kind of step back and try to think — did I get them ready for this moment, or was it too big for them to handle at the stage that they are in their college careers?” she said. “I want to believe I did, but clearly I came up a little bit short.”