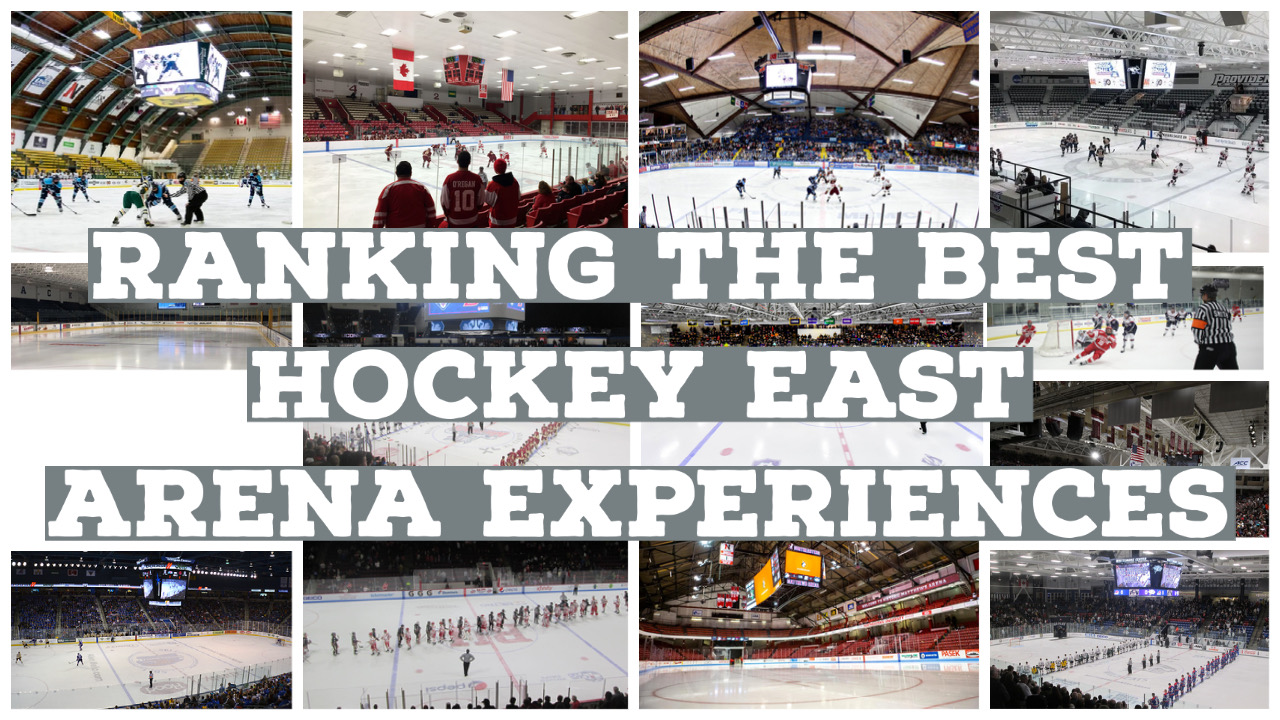 Believe it or not, the last Hockey East game with fans cheering and bands playing was a year ago today, when Northeastern won the women’s Hockey East championship on March 8, 2020.

While nothing has changed for the Huskies, who collected their fourth consecutive conference title on Saturday night, everything off the ice is far from what it was a year ago. Throughout the 2020-21 season, teams have played behind closed doors, with no bands, very few media members, and essentially no fans, with the rare exceptions of family and friends.

It’s nothing like the college hockey we know and love. Fans and reporters alike have always heralded college hockey for its atmosphere and tradition, but with no student sections, no live music, and several other missing elements, the heart of college hockey has been removed.

Thankfully, every day spent playing in empty arenas brings us one day closer to being able to fill the stands again. I’m sure I’m not alone in thinking that when the opportunity comes to see games in-person again — safely — I plan to take full advantage.

When the time comes and the gates open, here’s my priority list of which Hockey East arenas I’ll be most excited to visit again or see for the first time, and which I could go without.

If I wanted to visit a high school hockey rink, I could find one a lot closer than rural Connecticut. In all seriousness, though, there’s just not much to get excited about with Freitas Ice Forum. The layout is minimalistic, and the atmosphere and amenities don’t seem much better. In terms of competition, the men’s team doesn’t play there in normal years, and the women’s team is often hit-or-miss. I won’t be hurrying there until UConn builds its new on-campus arena in 2022.

I could take pretty much everything I said about Freitas and copy-paste it here for Hart Center. In fact, I’d say it barely edges UConn solely because I could see myself visiting Worcester sooner than I would visit Storrs. The arena is unimpressive, and unfortunately the on-ice product hasn’t been great either. Holy Cross is still trying to find its way in women’s Hockey East, so unless I’m doing absolutely nothing, seeing a game at Holy Cross isn’t really a priority.

I’m sure UNH had a great game day atmosphere during its glory days, but recently, I can’t come up with a reason to want to see a game at Whittemore Center. There are better versions of this arena style out there, and I haven’t heard any raving reviews of their band or student section. I could be wrong, but between mediocre performances on the ice and an uninspiring outlook on the arena, I’m okay with waiting on visiting UNH. Hey, at least throwing a fish on the ice is fun!

It’s pretty popular to say XL Center is just an AHL arena, so I’m going to take that narrative and run with it. Clearly it’s an impressive venue through its sheer size as a former NHL facility, but that’s not what gets you excited to see a college hockey game. I want to see a fan-driven atmosphere, and unless the UConn men are rolling or a big matchup comes around, I just don’t see how that can happen here. Like I said, I’ll hold off until they build that new arena in Storrs.

I’ve been to a game at Lawler Rink once, and was actually pleasantly surprised with my experience there. The layout doesn’t help their cause, with basically a community rink that has a few extra seats and some luxury boxes. That said, I did appreciate how MC somehow wedged a video board into one end. The game presentation, band and student section were all just okay, but for a small school and an average team, I went in expecting worse. I’ll be back someday.

I’m definitely biased, but for what it is, I think Walter Brown Arena is a fine place to see a game. Sure, it’s an outdated facility that’s well beyond its prime, and yes, the BU men’s hockey team left for Agganis Arena a decade and a half ago. Considering all that, I think visiting WBA is still an enjoyable experience. Even if the game presentation falls short, the BU band is elite, often making up for a limited student section, and the BU women are almost always good to watch.

We’re getting to the point in the list where you really can’t go wrong with visiting any of these arenas, and Tsongas Center fits this description. It’s a perfectly fine arena, with all the amenities and a strong game presentation. The fans are good and the team is solid, but I do think the band is a little overrated. They’re great and all, but I think there’s something to say about having to amplify a band of 15 rather than having a band of 50 that can dominate an arena by itself.

Providence makes a lot out of a little at Schneider Arena. It’s a tiny rink in comparison to many others on this list, but it still gets loud, even with an underwhelming student section from my experience. I don’t really remember their band, but maybe that alone says something. The teams are consistently good, I like the game presentation, and the center-ice video board is good enough for an arena of that size. They just need to get rid of that creepy Friar mascot.

In theory, Conte Forum has all the pieces. The seating bowl is a good size with a unique layout, they have the famous band, the opposing video boards are sufficient, and of course, both their men’s and women’s teams are among the best in the country. For some reason, though, I always feel like it’s missing a little something. I’ve never been amazed by the student section, especially considering the Eagles’ success. Maybe I’m just a jealous BU guy. Who knows.

I’ve never loved Agganis Arena, just because it lacks some of the character of other rinks around college hockey. That said, it’s hard to find a more fan-friendly game day experience than this. The presentation is professional, the amenities are great, the band is top-notch, the student section is decent, and the quality of play is typically high. Overall, if you’re looking for luxury, this is your place. If you care more about individuality and history (like I do), keep reading.

I already think going to Gutterson Fieldhouse is a worthwhile road trip, but if Vermont gets good again, this will undoubtedly become a top three arena to visit in Hockey East. The Catamounts’ poor record recently is really the only thing you can complain about here, especially with the new center-ice video board and other renovations made last season. The local fans and the student section love their hockey, the band is good, and the barn is a beauty. I love that place.

Mullins Center definitely has the wow factor when you go there. It’s a huge space, but they fill it with a good band, great fans, and one of the best student sections in the conference. I remember going there during their incredible 2018-19 season and the place was shaking.Their game presentation is excellent, especially with the three big video boards around the arena. Now that UMass is worth watching on a regular basis, Mullins Center is a major destination.

I listed Matthews Arena at the top of arena rankings in November, so you know the venue itself already checks all the boxes for me. Plus, its compact, two-tiered design boosts one of the larger bands and student sections in the conference, both of which make for a great arena atmosphere. Their game presentation is just as good, highlighted by the massive center-ice video board. When the Huskies are rolling, Matthews is a must-visit for any fan.

I’ve never made the trip to Alfond Arena, and the longer I go without getting there, the more the mystique of that place seems to grow. Its Frankenstein layout is one-of-a-kind, and I’ve only heard good things about the fans there. University leaders also just announced upcoming renovations, with a new video board and exterior expansions, among other improvements. Regardless of how Maine is doing on the ice, this seems like an arena I absolutely need to see.

When fans are allowed back into arenas, where will you want to go first? Let me know on Twitter, @BradyDGardner.