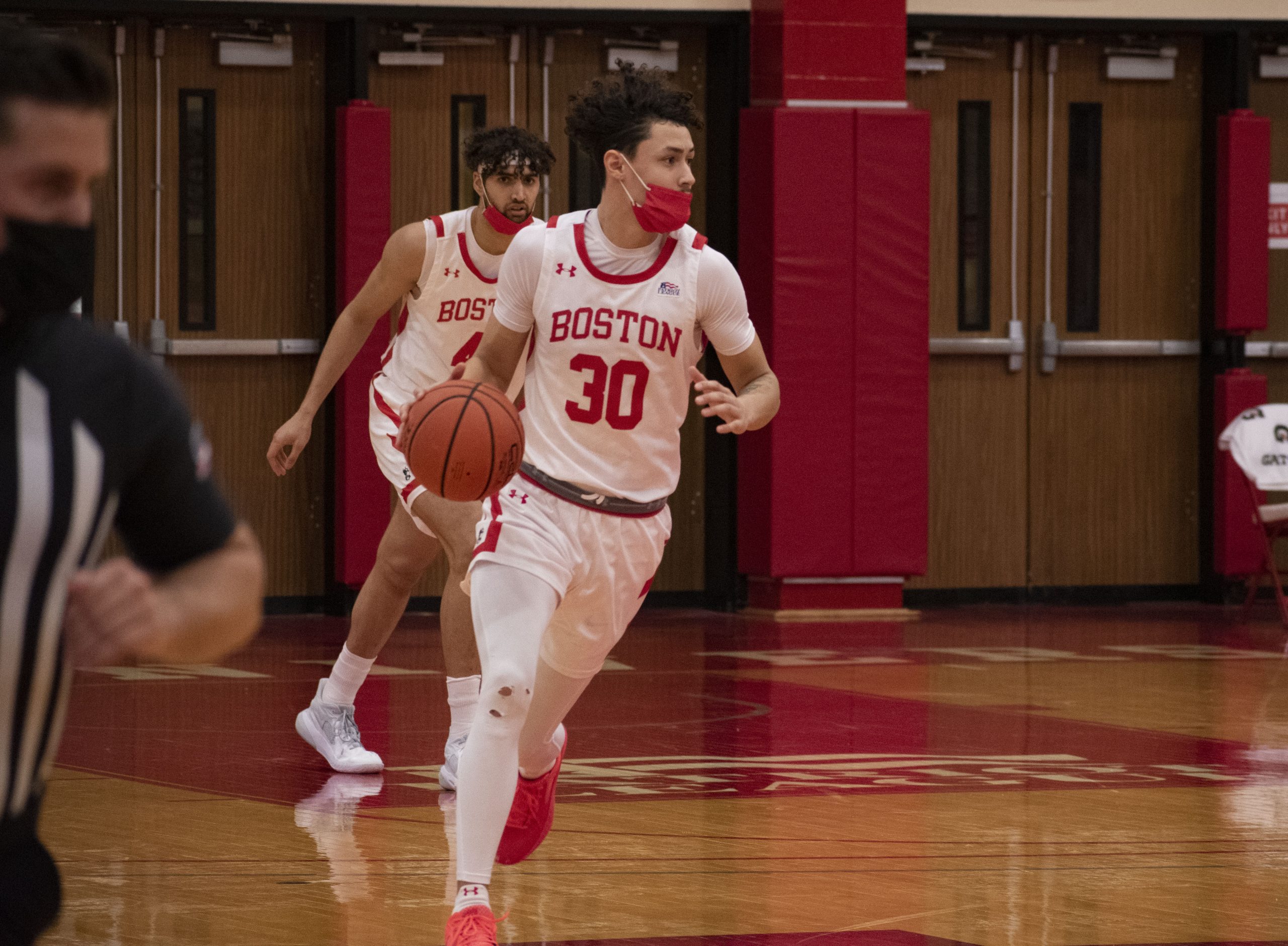 Sunday afternoon packed all the ups and downs of the 2021 Boston University men’s basketball season into a single game.

The Terriers rolled out of bed for the first half, rallied in the second, and tied the game with seven seconds to go. But Army senior Alex King stepped up on the Black Knights’ senior day, drilling a mid-range bank shot over Jonas Harper with 1.1 seconds on the clock to eke out a 57-55 win in West Point.

Coming off an Army timeout, King got the switch on the smaller Harper, dribbled to his left and pulled up from just past the free-throw line to hit the game-winner.

The shot capped off a bizarre game from both sides. The Terriers (6-10) scored just 17 points in the entire first half with little sense of purpose on offense. Then they held Army (11-8, 7-7 PL) to 22 percent shooting in the second half and came all the way back from a 22-point halftime deficit. Jones was frustrated by yet another slow start, but appreciated how his team dug in to nearly take the game back.

“You’re not going to win every game,” he said, “but when you scrap and claw like that, that shows some character. We showed some character tonight.”

Jones stuck with the starting lineup for extended stretches of the second half. Sophomore Ethan Brittain-Watts logged a career-high 29 minutes, while three of the other four starters hit 32 minutes. With the unit locking in defensively, it felt like a good time to keep them in rhythm.

Senior guard Javante McCoy scored 16 points and shot the ball well, playing with increased aggression during the second half rally. He hit a putback layup to tie the game at 55-all. Jones wants McCoy, and the rest of the team, to maintain that level of two-way pressure for complete games.

Walter Whyte (13 points, 12 rebounds) and Jonas Harper (11 points) also cracked double figures for BU. On the other side, King paced Army with 19 points on an efficient 6-of-10 shooting day.

With a tumultuous regular season behind them, the Terriers now look to the playoffs. Sunday’s defeat dropped them to the seventh seed in the Patriot League tournament. They’ll host bottom-ranked Lehigh (4-10) on Wednesday at 7:00 p.m.

It’s a much different scenario from last March, when third-ranked BU used a late-season hot streak to propel itself through to the championship. This year, with the team’s inconsistency and the uncertain nature of basketball during a pandemic, Jones is relying on his veteran roster to ramp up the intensity.

“I just want them to go in and understand how we need to play to be successful,” he said. “If we do that, I like our chances.”