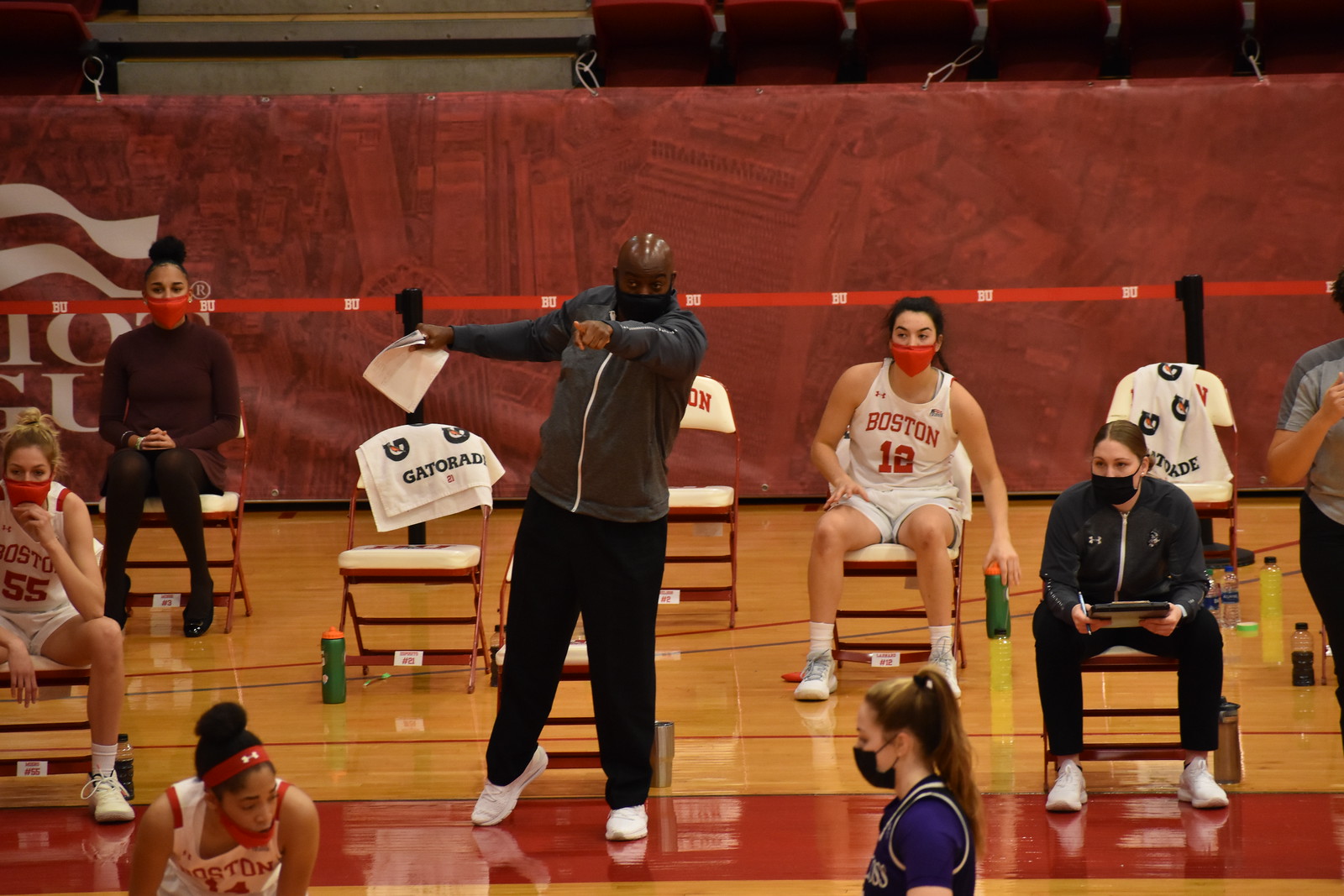 The Boston University athletic department has played “Lift Every Voice and Sing” at many home games this month, particularly at Women’s Basketball home contests, where it has been played at every game in celebration of Black History Month.

Often referred to as the Black National Anthem, “Lift Every Voice and Sing” was originally written as a poem in 1899 by then-NAACP leader James Weldon Johnson. His brother, John Rosamond Johnson, then put it to music.

This week, Terrier assistant coach Darren Bennett took the time to reflect on the athletic department’s initiatives as well as what the hymn means to him.

Patrick Donnelly: With BU Athletics and your team playing “Lift Every Voice and Sing,” before games, what does it mean to you to hear it in that moment?

Darren Bennett: I mean it’s certainly an inspiring moment to hear a song, a strong rendition of the same poem obviously, played before an athletics event, that is written for and about and two Black people. It certainly is a strong moment, you know, as  I just kind of stand and reflect on my career and some of the folks that I have mentored, coached, been around or been coached by, just the history of Black people. And then you mix that in athletics, it certainly is a strong moment for me to hear that song play.

PD: What goes through your mind in the moment, while it’s being played?

DB: I wouldn’t say anything specific other than the – I don’t want to call it a struggle – but just the opportunity, really, that I’ve been afforded to play athletics and be involved in athletics, as I was growing up, not able to play as many structured sporting events or sports as the youth do of today. But I certainly had my opportunity to play a fair share of structured sports, knowing that when I played, I was one of maybe  two or three youth of color playing that sport, and sometimes the only one in an entire league. I can remember in little league baseball, when I think we had probably six or eight teams, and for maybe one year, there was someone else [of color] in the league, while I played. But for a couple years, I was the only Black kid with eight Little League baseball teams playing.

PD: At the beginning of the month, BU Athletics announced their initiatives and events for student-athletes during Black History Month. How do you think the support from university and the athletic department has been?

DB: i think they’ve done a good job off supporting what they can, where they can. There’s always work to be done. But if folks can remember before, really, George Floyd, so many other terrible things had happened to Black people throughout the history of America in past times, but in current history, that no one really took the time to to sit back and say, “How do we continue this movement of of support, of recognition, of promotion, and all of those things, other than one hit wonder events?” So I think, BU has jumped on board. I think we have a lot of work to do.

PD: The women’s hockey team has done things like sign the Black Girl Hockey pledge, or watching a video on the 1898 Wilmington insurrection and discussing it in today’s contexts. As a team, has your group done anything like that?

DB: Yeah, in the summertime we hit on a lot of different points. We read Forty Million Dollar Slaves, a great book, and we had in Nick Bates [of BU’s Howard Thurman Center]. He did a little moderating for us. We did a lot of question and answer. We had some guest speakers long away. We’ve done some things with the Boston University and the City of Boston Police Departments. So, we’ve done our fair share and we certainly continue to delve into those pieces.

When school starts, when basketball starts, just trying to survive the pandemic as athletes as well, obviously takes up a lot of time. So, we haven’t done as much as we normally would like to, but I’m sure when things settle down when the season ends – hopefully not soon – but when that ends and the dust settles, if you will, we will certainly dig our feet back in. Because we’re clearly here to stay.

PD: What do you think can be done as a university, an athletic department or just regular people to keep things moving forward beyond February and Black History Month?

DB: I think it goes to, whether it’s hiring practices or policies, whether it’s how we recruit our general students here on campus, how and who we recruit, tenuring faculty members, and making sure that we have a lot of faculty and staff that represent how we want to look on our campus is important, along with the student body as well.

BU (10-2) will begin the Patriot League Playoffs on Sunday, March 7.