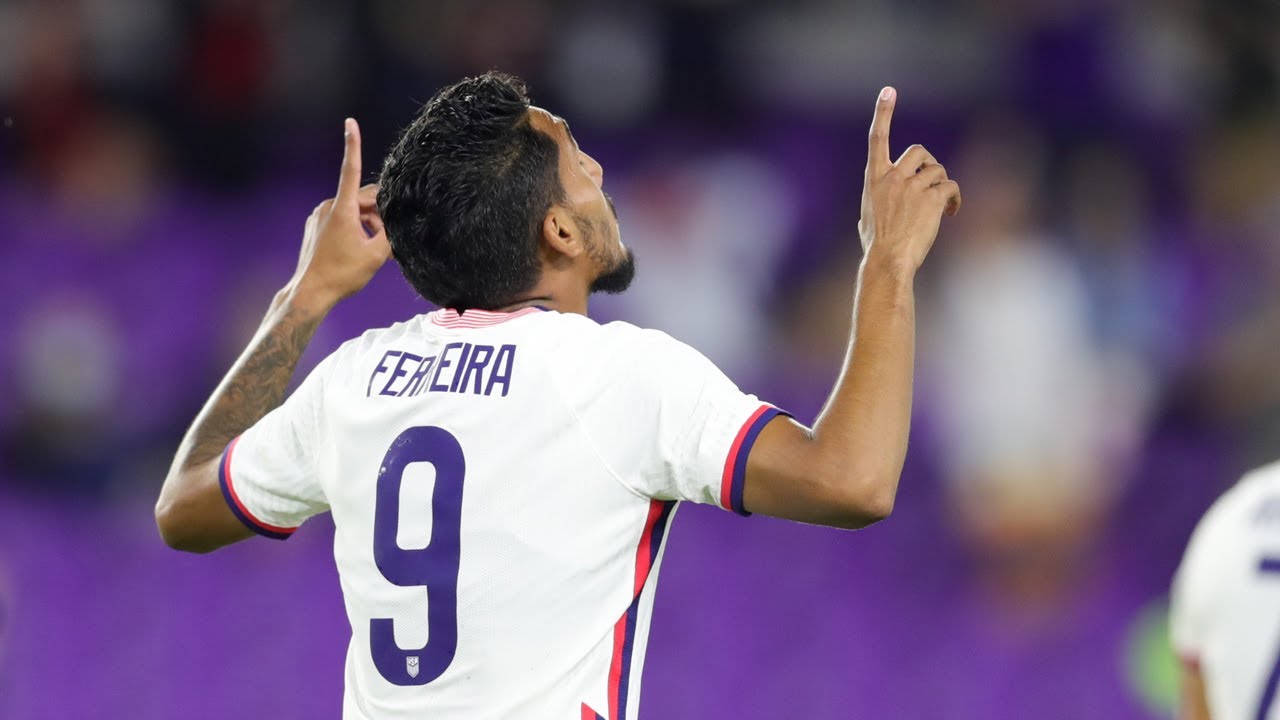 USMNT fans were given a laid-back, Sunday night pounding of Trinidad and Tobago a couple weekends ago. Yet, when looking at the scoreline after watching the match, you’d probably say the seven goal gap between the two teams was conservative. The USMNT handled an unfit and struggling Trinidad with ease. If there was a phrase to describe the performance, it’d be “delightfully boring.”

When you’re coming off defeats to Canada and Trinidad (let’s not talk about this one) as a fanbase in the past couple years, a good shellacking of an extremely inferior opponent is never a bad thing. Two back-to-back wins with a combined score of 13-0 has never really been an American way of doing things necessarily, so it has been a nice change.

That being said, the match did have some implications for this USMNT side. Going into an extremely busy 2021, seeing some of the players getting minutes (many being debutants) is key for Berhalter and Kreis as they enter Olympic qualifying, World Cup qualifying and the Gold Cup respectfully.

Here are five takeaways from USMNT v. Trinidad and Tobago:

I don’t think many expected Jesus Ferreira to start. Berhalter has been raving about Daryl Dike since November and he was expected to make his debut against El Salvador in December until he picked up a knock in training. This pick was especially confusing to start as Ferreira hasn’t performed well for FC Dallas in MLS, scoring a single goal compared to Dike’s eight with Orlando.

To add to the perceived oddity of the pick, Ferriera doesn’t embody the target man archetype that has seemed to thrive at the number nine in Berhalter’s system — Gioacchini, Sargent, Zardes. Dike on the other hand… well just look at his measurables: a height of 6-foot-2 and weighing in at 225 lbs. Yeah, that’s actually a soccer player, not a linebacker in the NFL.

However, after seeing how Berhalter deployed Ferreira, it becomes clear why he started. Berhalter compared Ferreira’s playing style to Roberto Firmino, who plays as a false nine for Liverpool, and that’s almost exactly how he played.

As the nine, he dropped deep to receive passes, opening up space for Lewis and Arriola who, as traditional wingers, were mostly tasked to stay wide and make runs in-behind. When he did make forward runs though, his first look was always to pass to a late runner, which as evidenced from his three assists, worked like a charm.

His first of the three was a great example of that. He made a great run between the two Trinidad center backs and once he drew out the goalkeeper with a deft touch, squared it to Lewis for an easy finish.

Ferreria’s movement, in this sequence and throughout the 90 minutes, was fantastic and played his role basically textbook. However, his finishing was shoddy at best. Yes, I know that wasn’t his primary job and he notched two goals in his debut, but in a 7-0 win you have to nitpick.

Ferreira does everything right here besides the final action. He makes a great run and gets on the end of a fantastic cross by Aaron Herrera, but he wasn’t able to hit the target from point-blank range. This would be permissible if it was a one-time action, but these misses happened constantly throughout the match. It felt extremely wrong to get frustrated with a player who scored a brace and had a hat-trick of assists, but I couldn’t really help it.

Ferriera had a fantastic match and deserved the man of the match award, but looking at the bigger picture, I can’t really see him fighting for a starting spot in a World Cup qualifier.

I don’t know what happened during Arriola’s recovery process, but I’ll put money they gave him whatever they gave Captain America. With the wing talent the US now possess in their pool, Arriola knew he had to fight for his spot and, man, is he doing his damndest.

Almost everything you could ask of him in this match he accomplished with flying colors. His crosses were on point, his through balls were inch-perfect and his movement in behind was sublime.

This move will probably be overlooked in the whole scheme of the game, but a pass like this shouldn’t. He plays a ball past three Trinidad defenders with perfect weight to Sebastian Lletget in behind for a cross. You can argue that the Trinidad defenders are ball-watching, which they are, but the skill to do this under pressure should not be overshadowed.

Compliment this with a worldie of a strike for his second goal of the match with his left foot. This is why I’m citing Captain America — since when did Arriola have a left foot? And from outside the 16? Although this is great for the prospects of the national team, you have to be happy for the man himself.

ACL tears are one of the hardest injuries to return from in sport, and to come back better requires an incredible level of patience and hard work. All credit goes to Paul Arriola for coming back stronger than ever. It seems I’m not the only one that’s seen his progression either, as Swansea came calling a couple days later. 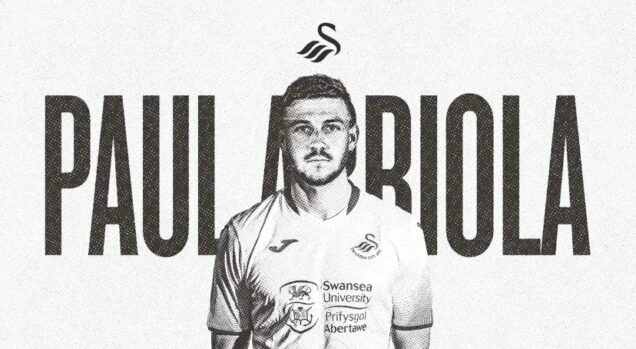 SwansUSA anyone? Yeah I didn’t think so. I’ll work on it.

If I were to talk about all the great performances by Olympic-eligible players this game, we’d probably be here for awhile. I’ll sum them up in quick paragraphs.

Sam Vines: Although Robinson is stunting for Fulham in the Premier League, paradoxically, he’s never really looked undroppable for the US. That being said, Vines has been given the opportunity to fight for that spot, and he hasn’t taken it for granted.

He’s looked solid defensively and isn’t afraid to get forward and get involved in the attack, as demonstrated by his assist. That being said, the opposition that he had to face was a downgrade in quality versus what he gets in MLS. The one threat that Vines would have had to face in the game was been right back Alvin Jones, whose goal famously knocked the US out of World Cup contention in 2018.

But Trinidad’s coach, Terry Fenwick, oddly decided to play him centrally in order to show MLS scouts that he can play in the center of the park. Yeah — I don’t really get it. Playing your best player centrally doesn’t make him look better, it just makes the rest of the team look worse, which makes him look worse.

So although Vines has looked promising, it will be nice to see him up against real competition sometime soon.

Aaron Herrera: Herrera really was the big question mark out of this whole squad. Although he has been a lock-in top ten right back in MLS for RSL the past couple years, he’s never gotten a look by the national team up to now. This probably has to do with the vast array of quality right backs that have littered the talent pool recently.

However, Herrera finally got his call up and looked impressive to say the least. His combination play with Arriola on the right was great the whole match and a foul on him during his overlap even set up Robinson’s goal. His crosses were also pinpoint — I’d argue he was the better of the two fullbacks that night.

Although he’ll most likely get lost in the never-ending right back depth chart, his performance we’ll definitely light up the eyes of Kreis. He’s Olympic eligible, which will probably become a buzzword in this column, and I’ll bet he’s earned some playing time.

Matt Turner: This was arguably the most perfect game Turner could have asked for going into this game: seeing little to no action, but coming up big when he’s needed the most. Truthfully, it wasn’t the most well-taken penalty, but he made the save and secured the ball, which is all you can ask a goalkeeper to do in that situation.

You could tell the moment meant a lot to him, and it should. There’s a laundry list of keepers fighting for the number two spot behind Steffen, and he debatably just put himself up near the top of it.

Jonathan Lewis: If there’s one thing you can almost always count on, it’s Lewis putting in a solid performance for the USMNT. He’ll always run hard and play direct. He’s going to slip past his defender a couple times minimum, and he probably had one of his best performances against Trinidad.

He’s (let’s say it together) Olympic-eligible, so this game most definitely boosted his stock within the confines of the coaching staff. Also, his second goal was a finish and a half. Here’s to hoping we see more of that in Olympic qualifying.

If you were wondering why I didn’t include any of the midfielders in the previous point, this is why. If there was anything in this game that really should get you excited for the future, it should be the amount of young guys the United States has that can absolutely ping a 40-yard cross-field ball.

Jackson Yueill has shown his expertise in the long ball in the past, but in the first view of Tanner Tessman and Andres Perea, it seems it’s becoming a trend with American holding midfielders. The moment above comes about three minutes into Perea’s debut as a full international. During the last World Cup cycle, you’d think it was a hallucination if anyone did anything comparable.

Tessman, who I gather saw Perea and thought, “anything you can do, I can do better,” came off the bench and did just that. This, again like Perea, comes a mere four minutes after his substitution. I guess that’s the confidence you get when your godfather is Dabo Swinney.

This should come without saying at this point, but the amount of midfield options for this team are absolutely absurd. Even the Olympic team is spoiled for choice. Also, the mercurial dynamic that this long ball talent brings to this team cannot be understated. When you can work with pinpoint passing accuracy and a 100 mph paced attack, it’s a recipe for quality chances. 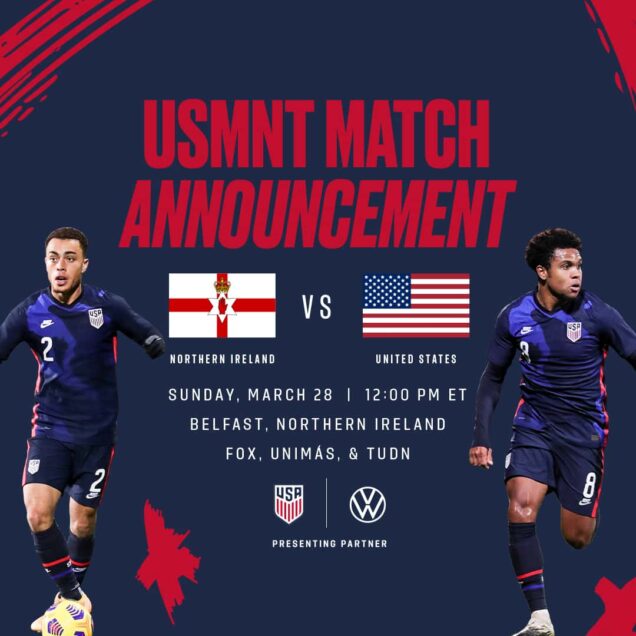 It’s been nice — really nice — the past couple months as a USMNT viewer. For context, in the past three games, the US has outscored opponents 19-2 combined. That’s unheard of for the USMNT even against low quality opponents.

In that sense, we’ve seen an upward trajectory the past couple months for this team. Fans will expect a 7-0 battering against teams like Trinidad and El Salvador in the future and that should be the standard this team should meet. With the amount of talent in the pool, there’s no reason why fans should not expect wins like this against inferior CONCACAF opponents in the future.

However, this shouldn’t be something to rest our laurels on. This Trinidad team was nothing short of awful in every stretch of the match and fielded one of their least-talented groups on a pitch for a good time.

Just take a look at this absurd defending from the team in the 12th minute. Herrera simply walks his way past their entire defense. I can’t tell if it’s an implementation problem with a man-marking system or if it’s that the players are simply too scared to apply an ounce of pressure.

Add all of those variables with deep internal rifts in T&T’s Football Association and it gives you a recipe for a battering every time you touch a field. Many of the players in the squad didn’t even have club teams due to the FA’s inability to create a stable domestic league.

Considering that, the next couple months are going to be a huge test for this USMNT team. Playing competitive matches against quality opponents will be the true temperance of this squad. So let’s savor these moments, but understand a lot still needs to be ironed out.