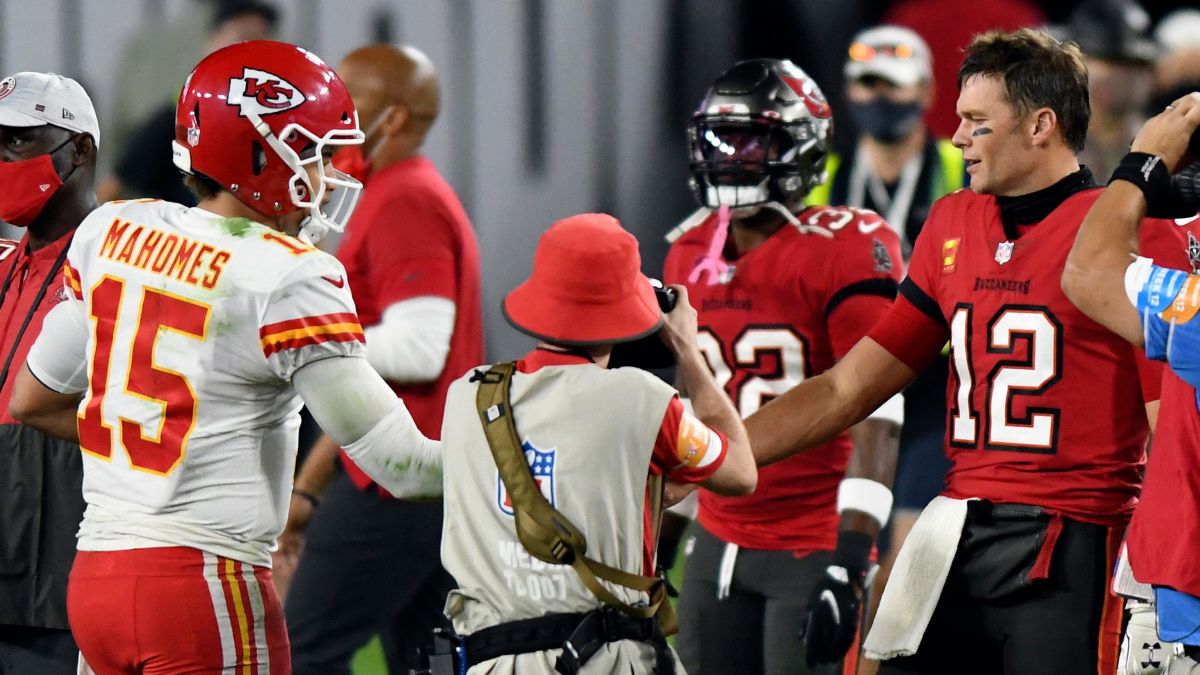 Today’s the day. It’s Super Bowl Sunday and we have a matchup for the ages.

The greatest quarterback (and probably the greatest football player) to ever play will try to win his seventh Super Bowl title at the age of 43. In this one, however, he’ll be an underdog.

Standing in his way is a Chiefs juggernaut that appears poised to dominate the NFL for the next decade. As Brady fights for his seventh Super Bowl, Patrick Mahomes will battle for his seventh playoff win in his young three year career. Kansas City is back in the big game for the second straight season after winning it all last year. They enter this game as three-point favorites.

All signs point to this game being a close one. Let’s break it down.

Make no mistake, Kansas City is favored in this game because of their high powered offense. In Tyreek Hill and Mecole Hardman they have two of the fastest wide receivers in the league. Both playmakers do an excellent job of getting yards after the catch and Hill frequently draws double coverage assignments.

The Buccaneers made the mistake of leaving Hill in single coverage on several occasions in their week 12 meeting and the fifth-year wide receiver made them pay. Hill torched Tampa Bay for 203 yards and two touchdowns in just the first quarter. In both of those situations, Hill was guarded by third-year cornerback, Carlton Davis with no safety help.

The Buccaneers defense kept their team in the game by only allowing 10 more points the rest of the game, but Davis was victimized a third time on a 20 yard strike from Mahomes to Hill midway through the third quarter. Hill finished that game with 13 catches, 269 yards, and three touchdowns. The key to this game for Tampa Bay’s defense will be to keep Hill out of single coverage situations.

If the Bucs double Hill on Sunday they should brace themselves for a big game from Travis Kelce. The eighth-year tight end has been one of Mahomes’ most reliable pass-catchers, and this year the pair has connected for 11 touchdowns, a career-high for Kelce. Kelce is a large reason why the Chiefs red zone offense has been incredibly efficient this season. Expect a big night from Kelce in a game where the Bucs will inevitably surrender some points.

The Buccaneers haven’t lost since their Week 12 defeat against Kansas City, and a big reason why has been the play of their defense. Todd Bowles’ unit has largely stayed healthy and they have been getting good pressure from their front seven.

Shaquil Barrett and Jason Pierre- Paul have done a particularly good job of delivering pressure off the edges as the two have combined for five sacks this postseason. It will be important for them to continue their strong play against a Chiefs offense that is excellent at picking up blitz packages.

On the offensive side, Brady will need to play a much more complete game this week against a Chiefs offense that will force him to keep pace. He’ll have a full arsenal of pass catchers available to him, as wideout Antonio Brown is expected to return from a knee injury that sidelined him for the NFC Championship game. Expect Brady to look to Mike Evans early and often in this one.

Evans, like Kelce for Kansas City, has been a critical weapon for Tom Brady in the red zone and caught fire in the fourth quarter with two touchdowns the last time these two teams played. Tampa Bay will need to get Evans more involved if they want to have a chance in this one.

Another key for Tampa Bay will be to get the run game going. Leonard Fournette and Ronald Jones II are not quite as skilled as Nick Chubb and Kareem Hunt, but they can move the chains and help the Bucs dominate the time of possession battle, something the Browns did to Kansas city in the divisional round.

This game is going to be close, and I think it has the potential to be similar to Brady and Mahomes’ last playoff meeting in the 2018 AFC Championship. I expect the Bucs to go to the run game first and get out to an early lead, the Chiefs will come roaring back in the second half as they always do, and for the second time in Super Bowl history, we will have overtime.

Mahomes will get the ball first this time and drive all the way down the field. The Bucs defense will stand tall in the red zone, but the Chiefs will walk it off on a fourth and goal shovel pass to Kelce.

Mahomes will get his first ever playoff win against Tom Brady and deny the G.O.A.T his seventh Super Bowl ring.