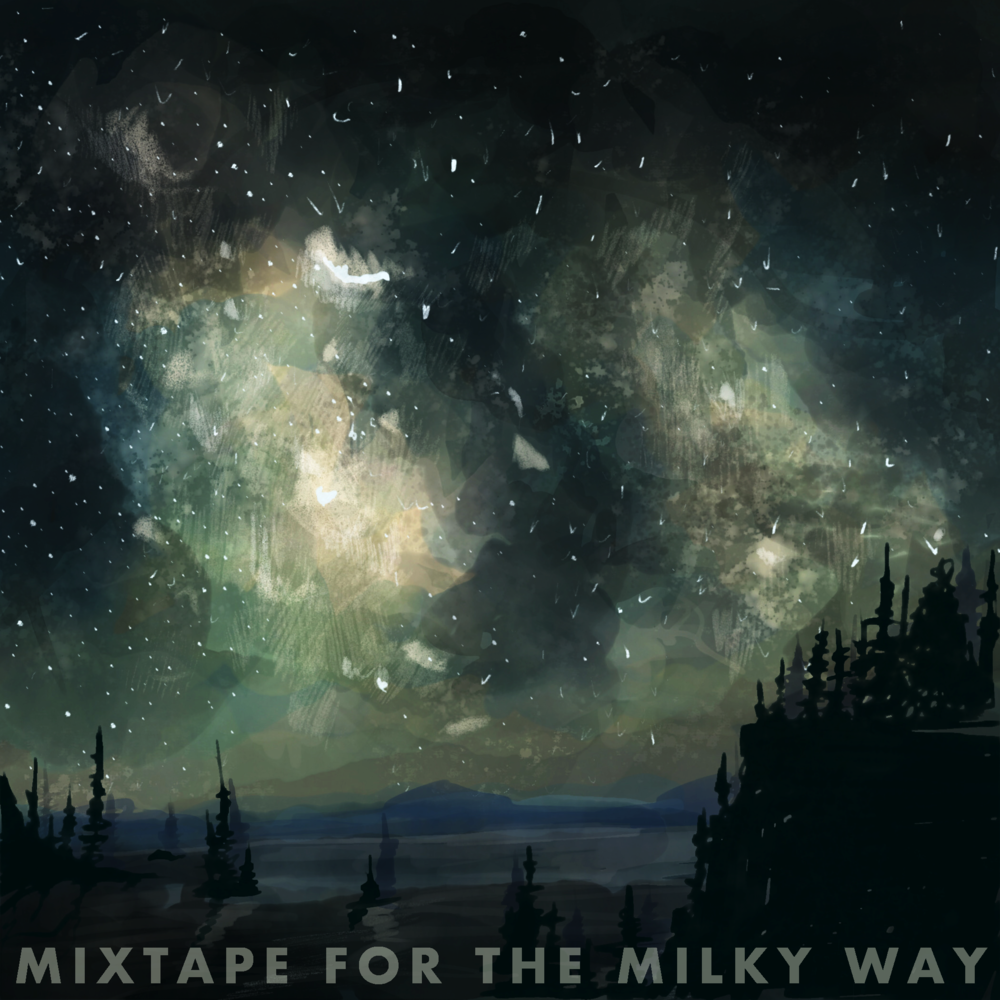 Until now, Minnesota singer-songwriter (and sometimes baker) Jeremy Messersmith has released music entirely under his own name. For his latest project, Mixtape for the Milky Way, however, Messersmith wanted to separate his music from his identity. When he played these songs live in the past, Messersmith found it “emotionally draining.” This is where the new name comes in: “I felt like I needed a little bit of a screen to hide behind,” he said. Along with that, there is quite a dramatic thematic contrast from recent releases: “It’s really hard to go tonally from a song like ‘everybody gets a kitten’ to a song about child abuse,” Messersmith remarked.

The name itself also represents a stark contrast. A mixtape is so small and human, while the Milky Way is so large and cosmic. According to Messersmith, the name is a reference to the golden records on the voyager probe, which he called “one of the most beautiful things that humans have done.” The concept fascinated him: “we literally made a mixtape that will long outlive all of us just drifting through space,” a reality which Messersmith described as “impossibly beautiful.” This particular name had been floating around in his head for a while, as are many other names for future albums and potential side projects.

The name also comes from Messersmith’s longtime admiration of space, which he calls “automatically cool.” Singing about and pondering space makes Messersmith ask himself questions about life: “Life, how crazy is that? “How beautifully insignificant is everything that I care deeply about?” To Messersmith, this is a source of dark humor, which he strives to capture in his songs.

Another aspect that sets Mixtape for the Milky Way apart is that it is a mixtape as opposed to a full length album. Messersmith wanted to experiment with the release process: “I’ve been putting out albums for a few years now and it always feels like pushing a baby bird out of a nest and just like well I hope it does ok, who knows,” he said. A mixtape also suits the material itself, according to Messersmith: “I felt like I had to deliver them a little more evenly.” To achieve this, Mixtape for the Milky Way releases a new song and video one at a time every two weeks.

Initially, these songs proved difficult to organize for Messersmith. He had made a version of this material as an album with his longtime collaborators Andy Thompson and Dan Lawonn along with the rest of his band, but “it just wasn’t quite working” with the music. For whatever reason, these songs didn’t fit in the usual Jeremy Messersmith chamber pop production style.

So, Messersmith took the ideas from these sessions to producer John Mark Nelson, which resulted in a different process and a distinct sound. Commenting on the production, Messersmith noted that it is “a lot smaller, I spent a lot more time working on vocals than I normally would.” With each song, Messersmith brought the idea in, played guitar and sung it, then he and Nelson figured out what to do with the song: “we really explored a lot to get a sound and a vibe, like kind of dark synths and high strings and a few kind of more out there experimental textures,” he said. These sounds appear on a lot of the songs, specifically the mellow synth pop-esque “Song for the Dead.” At the end, they usually ended up not needing the original guitar in the song at all.

Additionally, Messersmith sang as close to the mic and as quietly as possible for this project to make it a more “headphones sounding record.” The purpose of this was to keep the songs grounded: “We can have a big sonic universe outside of that but my voice has to be the anchor,” Messersmith noted.

Another artist who approaches vocals and production in a similar manner, Phoebe Bridgers, was a big inspiration for this project. Jeremy was listening to both her and Olafur Arnalds a lot while making the music for Mixtape for The Milky Way. Arnalds especially influenced the production style on this project, according to Messersmith: “We actually used a lot of his Nordic textures on the album. We were kind of going for a Minnesota north shore sort of feel, which is a bit Scandinavian-esque.” Longtime friend and collaborator Dan Wilson of Semisonic—who has also made a highly esteemed carer as a songwriter for artists such as Adele and Taylor Swift—remains Messersmith’s “number one inspiration” after he discovered Messersmith in a coffee shop and produced Messersmith’s sophomore album, The Silver City. Wilson also gave notes on this project.

What makes this project distinct from Messersmith’s solo work is that he is writing directly from his personal life, sticking to “non-fiction” as opposed to the colorful characters and stories of his other material. Messersmith is trying to be as objective as possible: “I’m trying not to be super biased, I’m just stating stuff that happened, at least the best I can say.” At the same time, Messersmith is not fixating on the technical aspects of lyricism as meticulously as he does in his solo work, despite the craft being “burned” into his brain. Instead, Mixtape for the Milky Way is more “free flowy stream of consciousness.”

Whether for this project or for his other work, Messersmith wavers between two methods of lyricism. First, there is the “haiku mindset,” writing vague, abstract lyrics so people can attach their own meaning. Messersmith singled out Bon Iver as a prime example of this: the meaning of his lyrics are “whatever you feel whatever you’re filling that vessel with at the moment.” On the opposite end of the spectrum, lyrics could be super specific like “a tiny little grain of sand” yet still contain “the whole universe.” Either way, Messersmith believes listeners should reach their own conclusions. When his manager asked him to explain the meaning behind the songs, Messersmith said “the song is what it’s about!” The lyrics on Mixtape for the Milky Way contain a mixture of both.

Even less tied to meaning are the ambient music videos that go along with the songs. Messersmith’s music videos in the past, such as “Organ Donor” or “Sweep Me Off My Feet,” which Messersmith directed himself, follow the narrative of the songs. For this project, aside from the video for “Video Games,” each video is just a natural landscape. Messersmith explained that the ambient videos are a “visual diary” of where he worked on the songs. He did his writing at his friends’ cabins on the north shore of Minnesota. He would spend his mornings writing in the cabin and then hiking in the afternoons. Eventually, he started bringing a phone and a tripod to film these locations, which he enjoyed very much: “It was a really fun, kind of meditative thing for me,” Messersmith said. Jeremy also explained why he decided against traditional music videos for these songs: “Because I was writing stuff that was really specific— I mean literally singing people out of my life—I didn’t want it to be super branded or attached to a music video. I wanted people to be able to project their own lives.”

Messersmith sees Mixtape for The Milky Way not only as separate from the rest of his catalog, but also separate from himself, calling the project “a stripping away of me.” Despite that, he says these songs are for himself as he processes his childhood and adolescence: “I could pay a therapist to help with that, and I do, but I’m uniquely equipped to write about that and get rid of ghosts from my own life. Maybe that helps other people along the path too.”

Along with this project, Messersmith also has more than 40 songs written for his solo work. He plans to meet up with the band sometime soon to discuss possible directions for the new material. Until then, we can expect more beautifully sparse music and visuals from Mixtape For The Milky Way, a project that is both incredibly personal and communal.