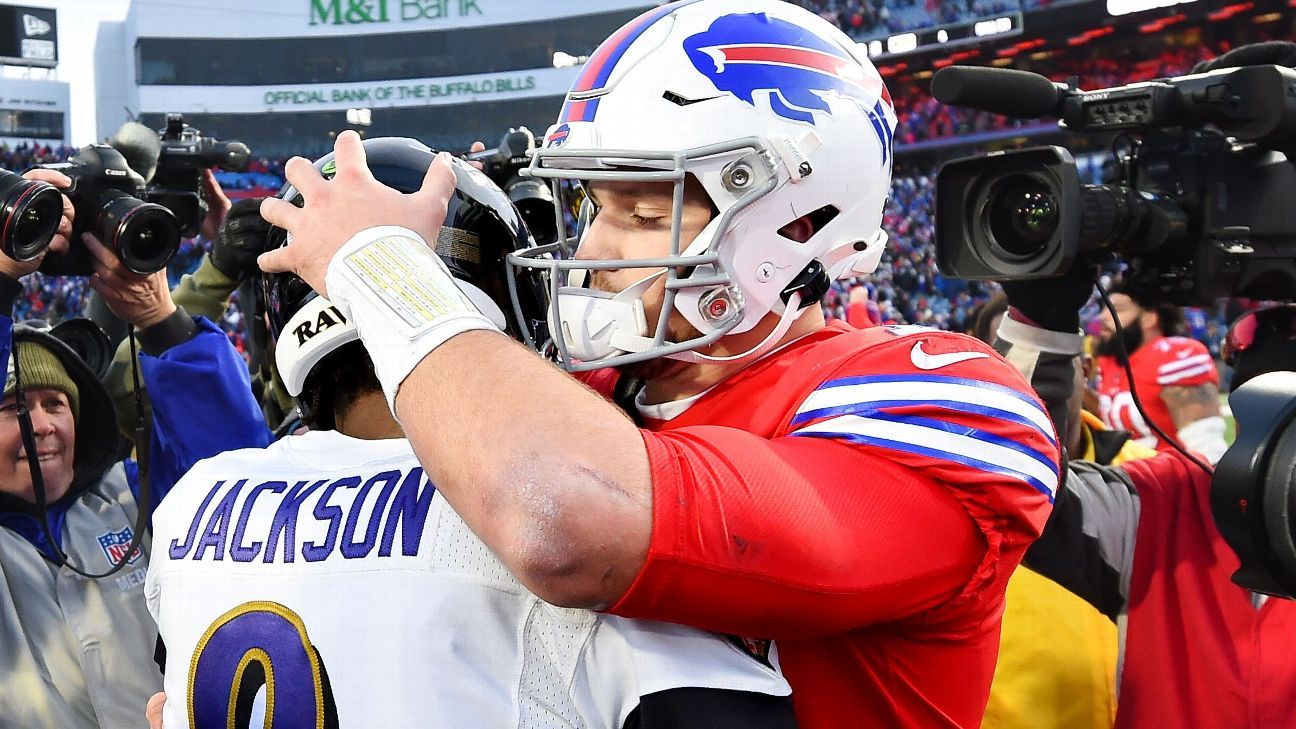 The first round of the NFL playoffs has now passed and only eight teams are left standing. This year’s pool of remaining contenders includes the defending champs, three teams led by veteran QBs chasing another title, and two teams whose fan bases have waited a long time for their squads to be competitive. It should be an exciting weekend of hard fought football. Let’s break down the matchups.

The Rams march into Lambeau Field coming off of an upset against the formidable Seattle Seahawks. Despite playing with an injured Jared Goff under center, the Rams offense was able to move the ball well enough to win thanks to a productive afternoon from running back Cam Akers. With that being said, they aren’t playing Seattle’s high school defense this week.

The Packers defense has been solid against the run recently. They held Derrick Henry and David Montgomery in check in their last two games and have only allowed one 100+ yard rusher since their Week 11 overtime defeat against the Colts. The Packers have been rolling since that Week 11 loss thanks to some spectacular play from their skill players. Aaron Rodgers and Davante Adams have connected for 18 touchdowns this year, including eight in the final six weeks of the season. In games like their Week 15 matchup against Carolina, where Adams was somewhat held in check, other stars such as running back Aaron Jones and tight end Robert Tonyan delivered strong performances.

In the end, this Packers offense is going to be too much for the Rams to handle. They can keep it close if Jalen Ramsey does a good job on Adams and the front seven puts pressure on Rodgers, but Green Bay’s offense has enough weapons to put up points against any defense.

Most fans are picking the Bills to win this game. Buffalo’s offense is humming like never before, and the unit has not been held under 24 points in the last two and a half months. Josh Allen and Stefon Diggs are one of the top QB/WR duos in the league. Even if Baltimore’s defense exceeds expectations, the Bills should manage to punch the ball in the endzone a few times. With that being said, the Ravens field a competitive squad this year.

The Ravens enter this year’s divisional round with a team that looks much more built for playoff football than last season. The Ravens just went into Tennessee and held the league’s leading rusher, Henry, to 40 yards on 18 carries. Marcus Peters’ game sealing interception showed that this defense is capable of stepping up when the game is on the line.

Both teams have produced impressive 2020-21 campaigns but only one team can move on to the conference title game. I’ll go with the team with the veteran coach and the reigning MVP under center. I like the Ravens pulling off the upset on the road.

The Browns are coming off of an impressive win that few saw coming. Kevin Stefanski’s team rolled into Pittsburgh (without him) and almost dropped a 50-burger on the league’s top defense. Between Baker, Jarvis, a strong offensive line, and a two-headed monster at running back with Nick Chubb and Kareem Hunt, the Chiefs defense is going to have their hands full dealing with this high flying offense. Fortunately for Chiefs Kingdom, they still have Patrick Mahomes. The third-year signal caller is putting up the best numbers of his young career and has a historically strong group of pass catchers at his disposal.

This game is not out of reach for the Browns, but they are up against a far superior team. In order to win they will need to run the football well and win the turnover battle. The offense will put up some points, but this defense simply cannot neutralize Mahomes for four quarters.

This game has everything you could ask for in a divisional round playoff matchup. Two NFC South rivals led by future Hall of Fame quarterbacks battling it out for a spot in the NFC Championship game.

Tom Brady will come into this game with a chip on his shoulder. The veteran QB hinted this week that he hoped his team would face the Saints this week. Brady almost certainly wants to take down the only team to defeat the Buccaneers by multiple scores this season. In both of Tampa Bay’s losses to New Orleans, Brady failed to take care of the football. If the Buccaneers want to have success on Sunday, they are going to have to win the turnover battle.

For Brees, every year has seemed like it might be his last. After a crushing defeat against Minnesota last season, many believed this Saints team had their best days behind them. Despite the team’s offensive inconsistencies and injury issues at the skill positions, Sean Payton’s team quietly kept finding ways to win. Their 6-0 record within the division was particularly impressive.

Bruce Arians will likely try to get the Buccaneers’ running game going early. Leonard Fournette, who has been sharing the backfield with Ronald Jones all season, will get the start at running back on Sunday with Jones fighting a quad injury this week. If Fournette moves the chains early on and keeps the Bucs offense on the field, Tampa Bay will be competitive. With that being said, it’s difficult to bet against Drew Brees, Alvin Kamara, and Michael Thomas at full health at the Superdome. I like the Saints at home.