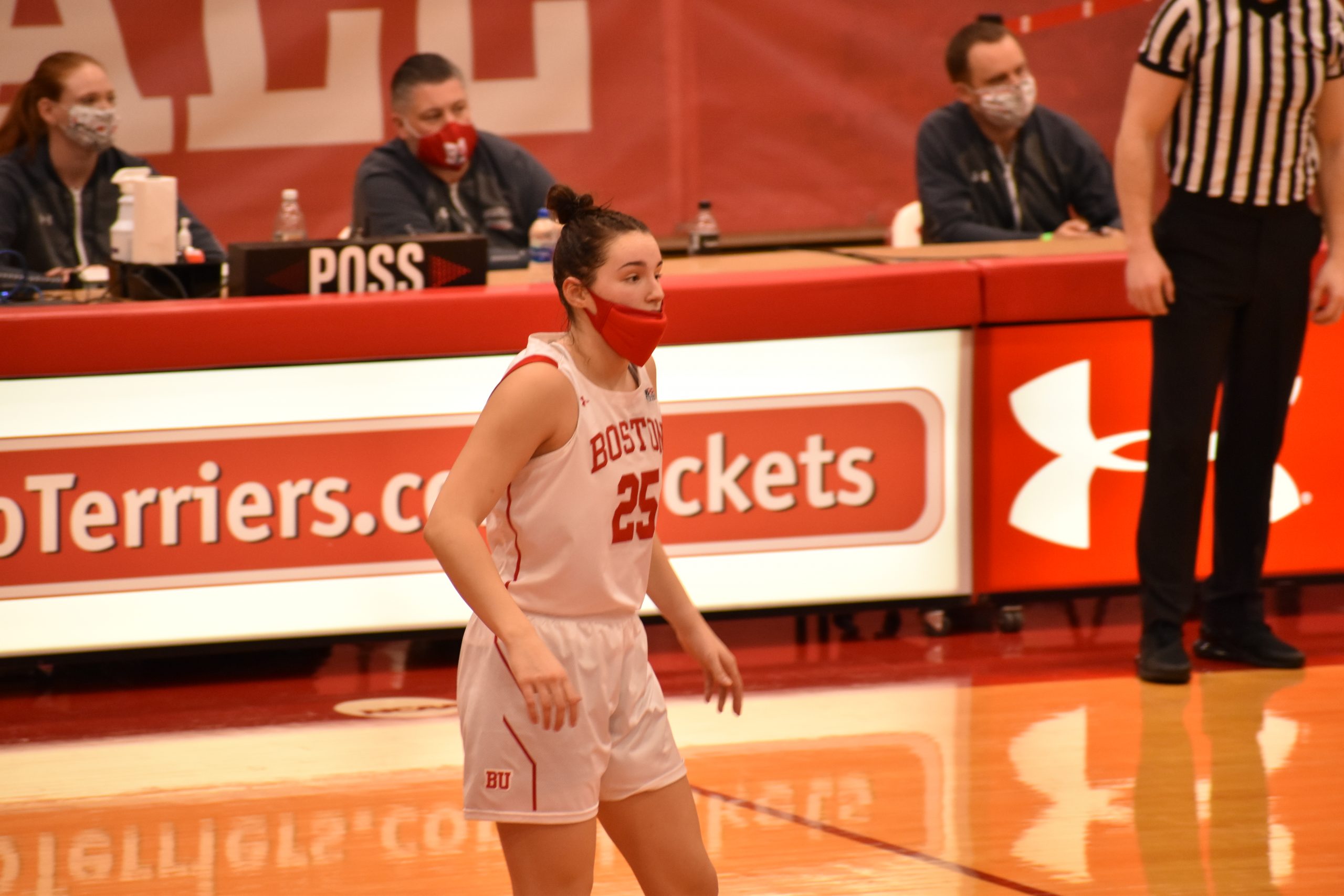 After a grueling weekend series, Boston University women’s basketball took down the Colgate Raiders in a 62-58 showdown on Sunday afternoon.

BU found a new scoring leader in energetic junior Riley Childs, who put up a 14 points and 6 rebounds on the afternoon. Katie Nelson, who notched her 1,000th career point in yesterday’s matchup, played 40 minutes in today’s contest but was a bit quieter on the court with only 8 points and 3 assists.

The Terrier’s other regular top scorer, Sydney Johnson, had a tough afternoon in comparison to her teammates, as she recorded 5 fouls and 6 points in her total 13 minutes of playtime.

Despite this slight irregularity in their offensive force, BU’s defense was able to lock up tight and keep the Raiders from gaining a steady lead.

Unlike yesterday’s matchup, with BU outplaying Colgate in most areas on the court, the Raiders managed to tighten up some loose ends in their style of play. The Raiders put up a fight on their home turf correcting their number of turnovers from a grossly 24 to a lesser 17. They also found opportunities on the fast break, improving to 6 transition buckets instead of Saturday’s zero.

This slight improvement was needed in order to be able to contend with their opponents going forward.

Colgate’s leaders continue to be sophomore Alexa Brodie and freshman Tiasia McMillan. Combined they managed 31 points, which was more than half of the team’s total score.

Regardless of the Raiders’ ability to adapt to BU’s speed, finding better communication and rhythm with each other, they still succumbed to the talents of Coach Moseley’s Terriers.

Boston is now 4-0 this season in the Patriot League conference and are looking to continue their winning streak next Saturday, January 16th against Army at 3 p.m.