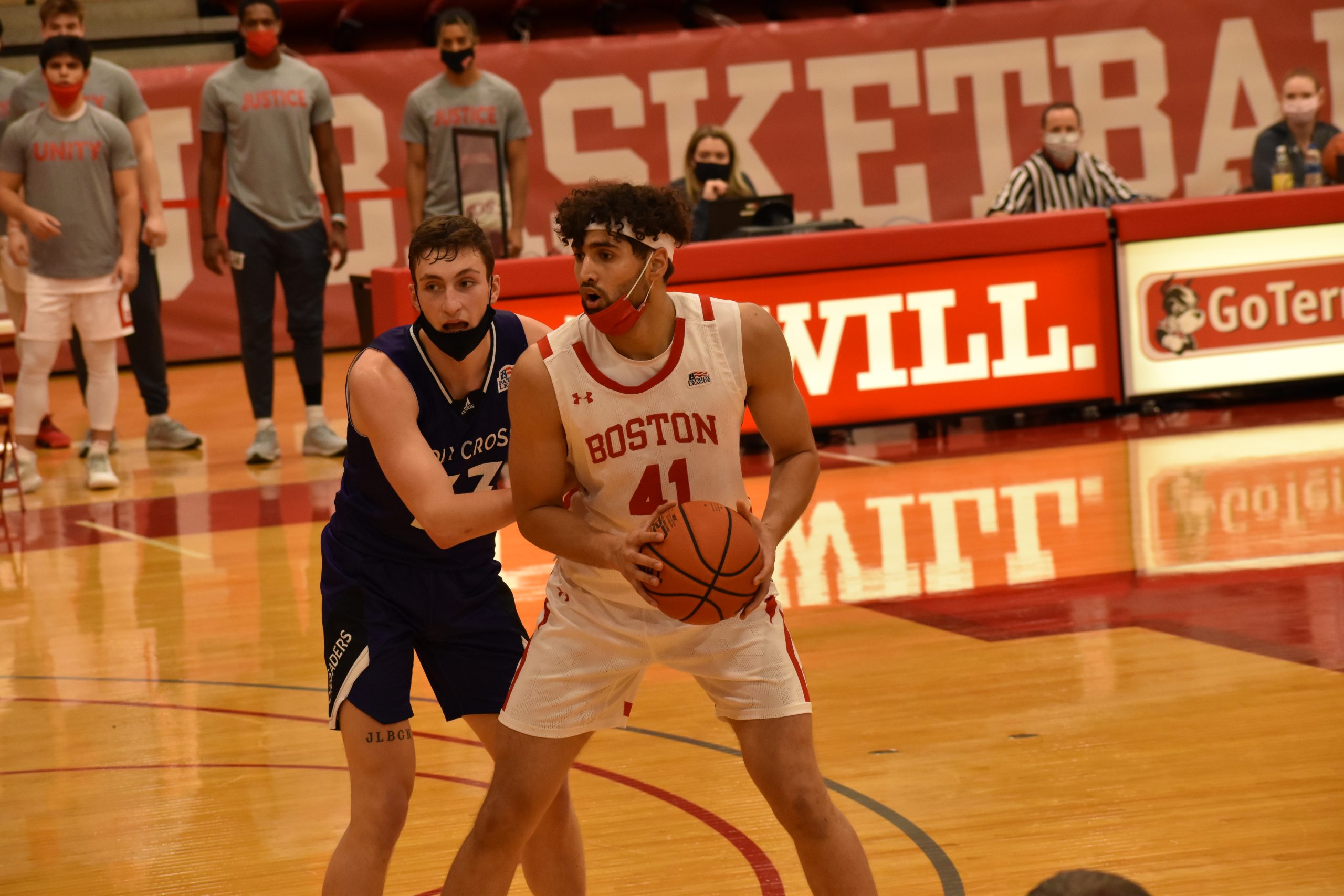 The Colgate Raiders handled Boston University men’s basketball on Saturday night, building a large lead in the early second half and staving off a late BU charge to win 86-79 at Case Gym.

Despite the result, head coach Joe Jones saw a team that is still learning to play with each other, but much-improved from Tuesday’s loss to Holy Cross. In this unique season, a lot of the learning takes place in games.

“This is a really good team; we’re just gonna have to go through this a little differently,” Jones said postgame.

The Terriers struggled to contain Preseason Player of the Year Jordan Burns in the first half. The do-it-all guard exploded for 22 points, finishing with 26, and demonstrated his elite shot-making capabilities. Teammates Nelly Cummings and Tucker Richardson each tallied 14 points on the night, while Jack Ferguson added 12 off the bench for the Raiders.

“They make you pay,” Jones said. “They let Burns do his thing, but then the other guys are really good off the bounce. Tucker [Richardson] and Nelly [Cummings] did a great job off the bounce getting the ball to the rim.”

BU forced just four turnovers out of a Raider team loaded with seasoned veterans. Jones explained that defensively, his team needs to keep rotating and helping each other.

“We just have to be in position. When we get beat, we have to help. I think that’s something we have to be ready for tomorrow,” he said.

After a tightly-contested first half, Colgate blew the game open midway through the second, leading by as much as 18 points. The Terriers managed to close the gap in the final minutes with an effort led by Javante McCoy, who finished with a team-high 16 points. BU actually won the second half 37-33, and held Colgate to 38 percent shooting from the field.

“I was really proud of our guys, especially in the second half of the game,” Jones said. “We really fought and scrapped and clawed, tried to play better together — just weren’t able to get it done.”

Walter Whyte made his 2021 debut after missing the first two contests with an ankle injury. The Preseason All-Conference member struggled from the arc (0-5 3PT), but demonstrated his trademark high motor. Whyte finished with 15 points and 11 boards.

The performance was even more impressive because of Whyte’s lack of preseason prep. According to Jones, the hybrid forward practiced just twice in the month of December — then played 35 minutes in Saturday’s loss..

“He played his heart out,” said Jones.

Three-point shooting was ice-cold for BU — just 7-for-26 in the loss. But Jones liked the looks his team was getting, and knows his shooters will have better days. Whyte, McCoy (1-4 3PT), and Jack Hemphill (1-6) are all proven threats from deep.

“I felt overall, our shot selection was really good in the second half,” said Jones. “We shared it better; we moved it better. That’s our game.”

Both sides stay in Boston for a Sunday evening rematch at 6:00 p.m. BU will look to even up its record to 2-2, while the Raiders can make a statement with a series sweep.