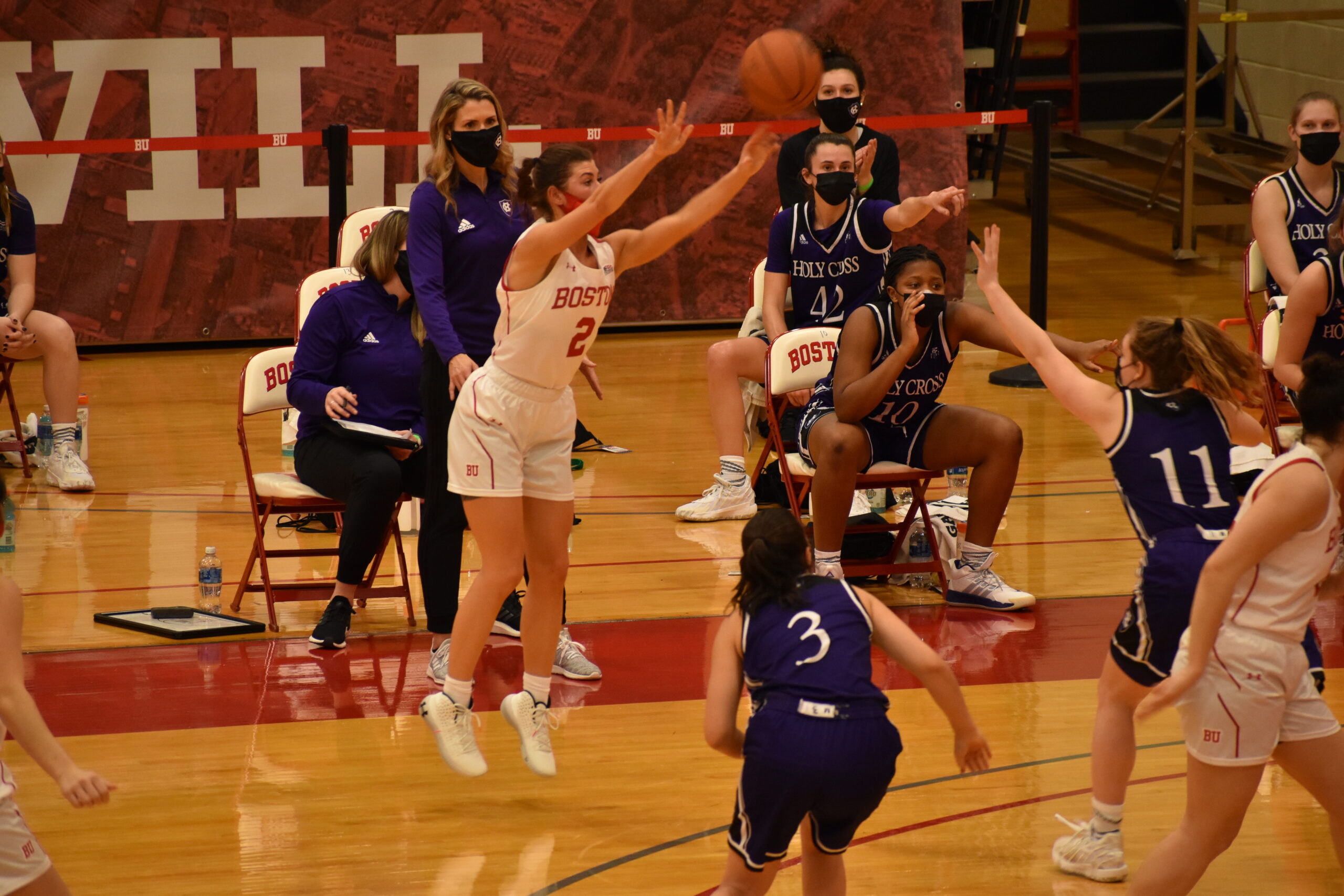 The senior point guard continued her hot start to the season with 20 points, eight assists, four rebounds, one steal and no turnovers while shooting 7-of-8 from the field.

Over half of Nelson’s points came in the first half, helping the Terriers open up a large lead over the Raiders early on. Sophomore guard Annabelle Larnard was also strong in the opening minutes, adding nine points off the bench.

After going into halftime with a 41-27 lead, the Terriers opened up the game with a 9-0 run to begin the third quarter. BU outscored Colgate 26-8 in the period, stretching the lead to 32 points.

The Raiders outscored the Terriers 16-12 in the fourth after BU head coach Marisa Moseley opted to dip into her bench, but it was not nearly enough to make up the deficit.

The Terriers’ defense was sharp, keeping every Colgate player except Alexa Brodie in single scoring digits. BU held Raiders guard Keelah Dixon, who averaged 22.5 points per game in her first two contests, to only five shot attempts and seven points in 27 minutes.

Johnson ended the game as the Terriers’ second-leading scorer with 13 points, while Pina was close behind with 11. Their success on the offensive end was a welcome sight after Pina struggled to score consistently in BU’s first game last weekend and Johnson had similar troubles in the second game.

Saturday’s contest also marked Childs’ return to the lineup after she suffered an injury late in BU’s opening day matchup. Childs scored 10 points on 4-of-4 shooting and played an essential role in the Terriers’ defense.

BU returns to Cotterell Court for the second game of the series on Sunday, where the Terriers hope to extend their win streak to four games. A 4-0 start would be the Terriers’ best start to conference play since 2019, when they went 4-0 before dropping a close matchup to Colgate.