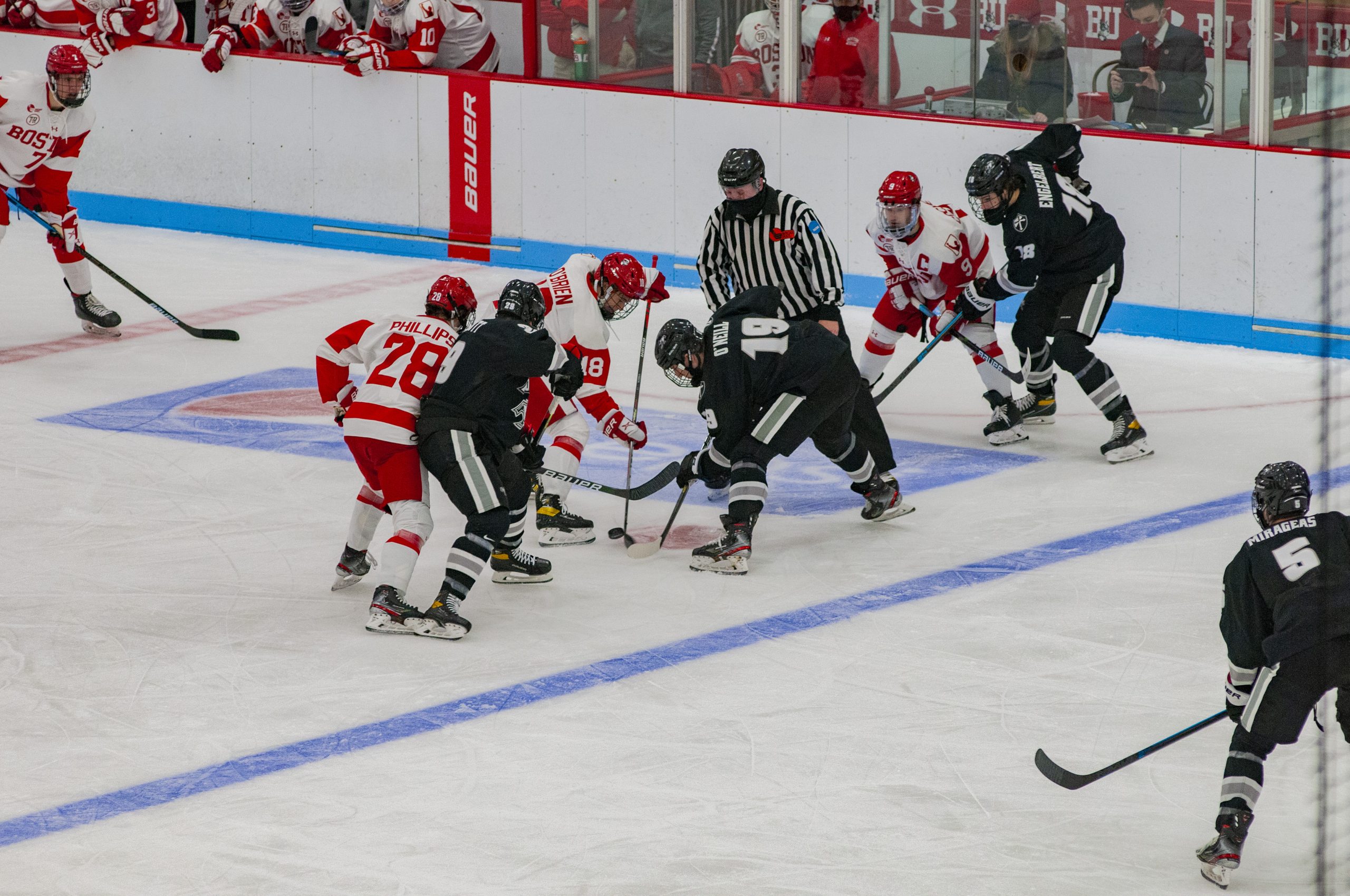 BU dropped the season-opener on Friday, falling 7-3, before bouncing back on Saturday night in the rematch, prevailing 6-4 for their first win of the season.

Here are my three takeaways from the weekend series:

Drew Commesso didn’t get a whole lot of help

The freshman goaltender was absolutely peppered through his first two collegiate appearances, stopping 38 of 43 shots in Friday’s loss before making 32 saves on Saturday. For the most part, Commesso looked like he belonged, with only a few goals he’d like to have back, but make no mistake, BU would have been lost without him.

The Terriers did not exactly make life difficult for the attacking Friars. Providence outshot the Terriers 54-21 on Friday, and 36-20 (78-31 in shot attempts) on Saturday. As a whole, the defense group let Providence back them in, especially off the rush. Commesso did all he could, and made some key stops. The rookie definitely has promise.

The Terrier power play definitely showed it can be a potent attack through the two games. Although BU came up empty on Friday, the crisp, creative puck movement led to a good amount of scoring chances, which was definitely encouraging.

On Saturday, the Terriers capitalized on two of their four chances, thanks in large part to David Farrance (1g, 4a on the weekend). Farrance’s hockey IQ was on full display Saturday as he was instrumental in setting up the two goals. With the senior assistant captain quarterbacking the top unit alongside Dom Fensore, Jay O’Brien, Ty Amonte and Logan Cockerill, BU boasts plenty of talent on the man advantage.

Having the new guys make an impact is huge

Speaking of O’Brien, the sophomore transfer sure looked like a man on a mission against his former team, notching two goals on the weekend. It’s pretty clear O’Brien is going to be a big part of BU’s offense if his dynamic play continues.

As for the freshmen, forward Luke Tuch impressed through his first two games with a goal and an assist to go along with a few bone-crushing hits. O’Connell said the frosh looked like a “man” after Friday’s game. Forward Dylan Peterson also showed promise at times, notching an assist, and O’Connell had high remarks for defenseman Thomas Jarman on Friday as well.

With so many question marks around this BU team heading into this season, the early returns from the newcomers are definitely encouraging.

Barring any schedule changes, BU is scheduled to host UMass Lowell next Friday, Jan. 16, at 6 p.m.

Featured Image: Jay O’Brien (18) wins a faceoff in a game against Providence College at Walter Brown Arena on Jan. 8, 2021. Photo by Patrick Donnelly.