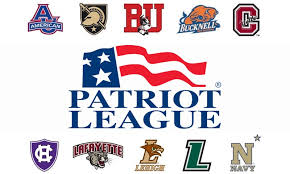 Additionally, the Patriot League said competitive opportunities will be available for men’s and women’s indoor track and field.

The conference said field hockey, as well as men’s and women’s soccer will be limited to league-only contests. Men’s and women’s lacrosse as well as softball can play non-conference opponents per the discretion of the universities. Patriot League schools are also tasked with creating regular season schedules for cross country, golf, rowing, swimming and diving and indoor and outdoor track and field. All opponents must follow comparable health and safety protocols, the league announced.

In the announcement, the league said that no teams will be permitted to fly to contests, instead teams will play games against conference opponents within a relatively close proximity to each other. As a result, the schedules will have a significant reduction in travel and overnight stays, according to the league.

Here’s what you need to know for Boston University’s teams:

The league’s men’s and women’s cross country championships are scheduled for Friday, March 5, at Lafayette.

The conference’s seven programs will play a six-game league schedule. The season is set to run March 7 to April 18 with the league semifinals scheduled for April 22 before the championship on April 24.

Lehigh will host the league’s women’s golf championship at Saucon Valley Country Club. The championship dates have yet to be scheduled.

Women’s lacrosse programs will be halved into two five-team divisions: Army, BU, Colgate, Holy Cross and Lafayette in the North. American, Bucknell, Lehigh, Loyola Maryland and Navy in the South.

On both the men’s and women’s sides, a minimum of seven league games must be played by each program, facing each divisional opponent at least once. A limited number of contests between non-divisional teams may be played. Both men’s and women’s seasons will begin on March 6 and end on April 24, with a built-in makeup for May 1

The 2021 league is scheduled to set for Friday, May 14 at Cooper River in New Jersey.

Each of the league’s seven programs will begin a 24-game round-robin league schedule on March 27. Each team is slated to play each other four times, and the regular season is set to end May 9. The league is planning for its conference championship to proceed as a four-team, double-elimination format, which would be held May 13 through May 15.

The conferences’s 10 men’s and 10 women’s soccer teams will be split into two five-team divisions for the 2021 season, the Patriot League said. Army, Boston University, Colgate, Holy Cross and Lafayette will play in the North Division. American, Bucknell, Lehigh, Loyola Maryland and Navy will play in the South Division.

Each divisional opponent will play each other at least once, and each team will play at least six league contests. The schedule is slated to begin Feb. 27 and run through April 10. Playoff dates are not set yet.

Bucknell will host the men’s and women’s swimming and diving championships for the Patriot League. The championships will span four days from April 21 through April 24.

Each men’s and women’s program will compete in the Patriot League Challenge, which will be held at four different sites on either Feb. 27 or Feb. 28. Boston University will host Holy Cross. Meanwhile, Lehigh will travel to Army, Bucknell will host Colgate and Lafayette, and American and Loyola Maryland will travel to Navy.