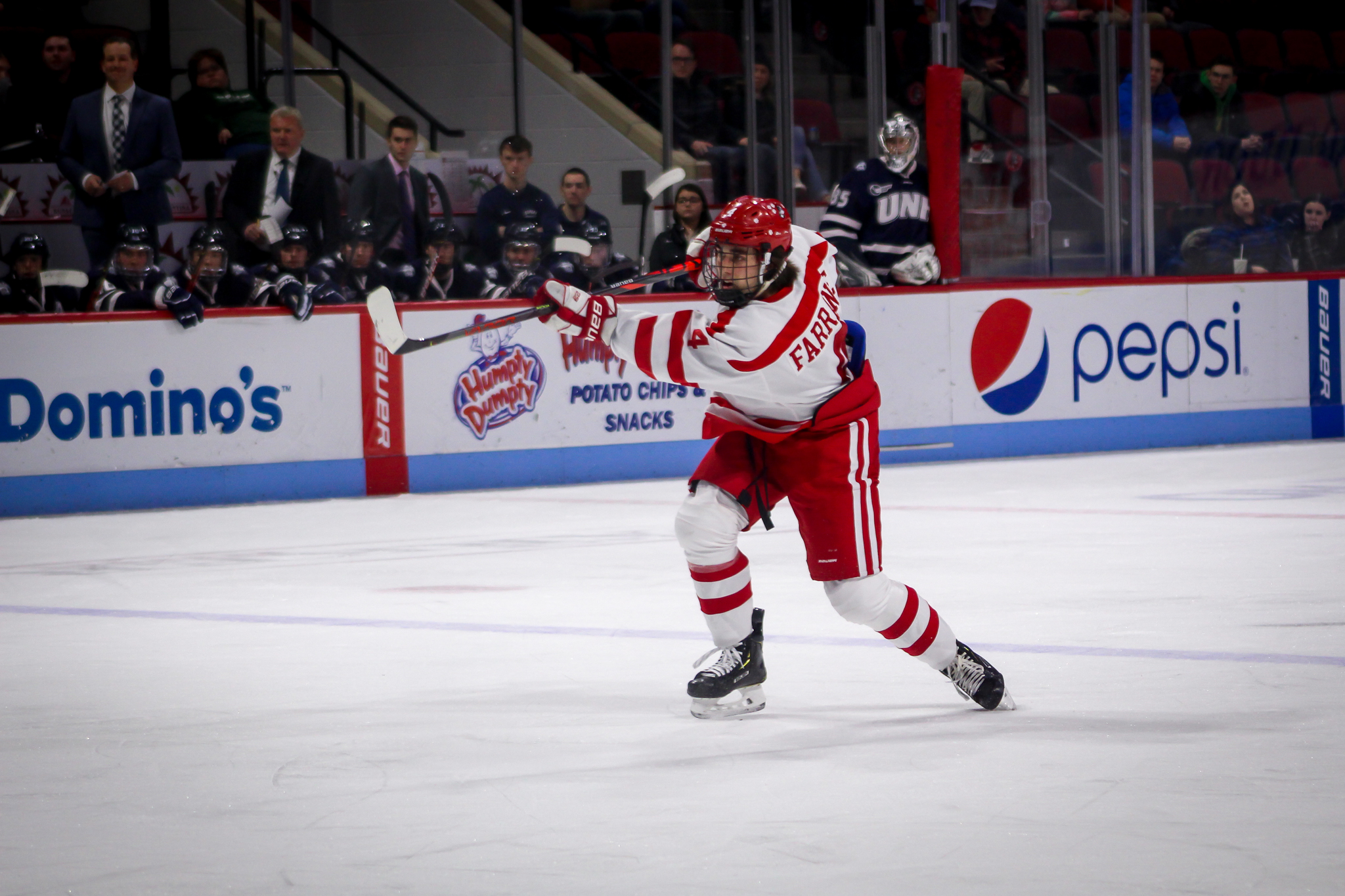 It has been 307 days since the Terriers last took the ice but Boston University men’s hockey is finally back. The Terriers kick off their 2020-21 campaign against the Providence College Friars at Walter Brown arena at 6 p.m. Friday night.

The wait has been particularly long for the Terriers, as they are the only team in the Hockey East yet to play a game this season. The Terriers were scheduled to face three Hockey East opponents in the month of December after a member of the program tested positive, and one more in early January due to university protocols.

On Monday, the Terriers resumed on ice activity for the first time in 36 days.

Despite the long layoff, the Terriers are poised to be challenger in the conference this season, thanks to a strong leadership group and a deep pool of freshman and sophomore players.

Both Cockerill and Amonte appear poised to break out following disappointing seasons for each player. Cockerill registered just five points in 18 games as an injury sidelined for nearly half the season, while Amonte missed the duration of the 2019-20 campaign nursing an upper-body injury.

Both players will suit up for tonight’s game at 100% health. Expect each player to return with a chip on their shoulder this season.

As for the other assistant captain, the Terriers are extremely fortunate to be retaining David Farrance’s services this season. The senior defenseman was in the conversation for the Hobey Baker award this past season and for good reason. The shifty blueliner tallied 43 points in 34 games last year while also holding opposing top lines in check on a regular basis.

Farrance also quarterbacked last season’s dangerous Terrier power play that should be even more lethal this year. The Victor, N.Y., native should continue to play at a high level in his final year on Commonwealth ave before he begins his professional career in Nashville.

BU’s impressive leadership group should lead the way, but the Terriers also have a promising pool of freshman and sophomores who will contribute right away.

In net, new goaltender Drew Comesso has the potential to steal some games this year. The 6’2’’ 180 pound net minder has shined everywhere he has been, most recently with the USA hockey U18 team. Commesso was selected in the second round of this year’s NHL Draft by the Chicago Blackhawks. Luke Tuch and Dylan Peterson are other intriguing freshman to watch this season. They were drafted by the Montreal Canadiens and St. Louis Blues, respectively.

BU’s deep group of sophomore talent is most intriguing. Of the 13 sophomores on this year’s roster, transfer forward Jay O’Brien has the most upside. The 2018 first round pick topped 60 points in his final year of prep school hockey and in his one year of juniors during 2019-20.

During the 2018-19 season, however, O’Brien struggled at Providence before transferring. In a storybook start to his BU career, O’Brien will face his old club. O’Brien has the potential to be a top six forward for BU, but he has to find his scoring touch.

While their final record from the 2019-2020 season was disappointing, the Terriers proved they could compete with the top teams in the conference. The Terriers had wins against each of the top three finishers in the conference last season. With that being said they were an inconsistent team, but this year brings plenty of reasons for optimism.

With their leaders poised for breakout seasons and their young players ready to step in, the Terriers should be one of the top teams in the Hockey East this season.