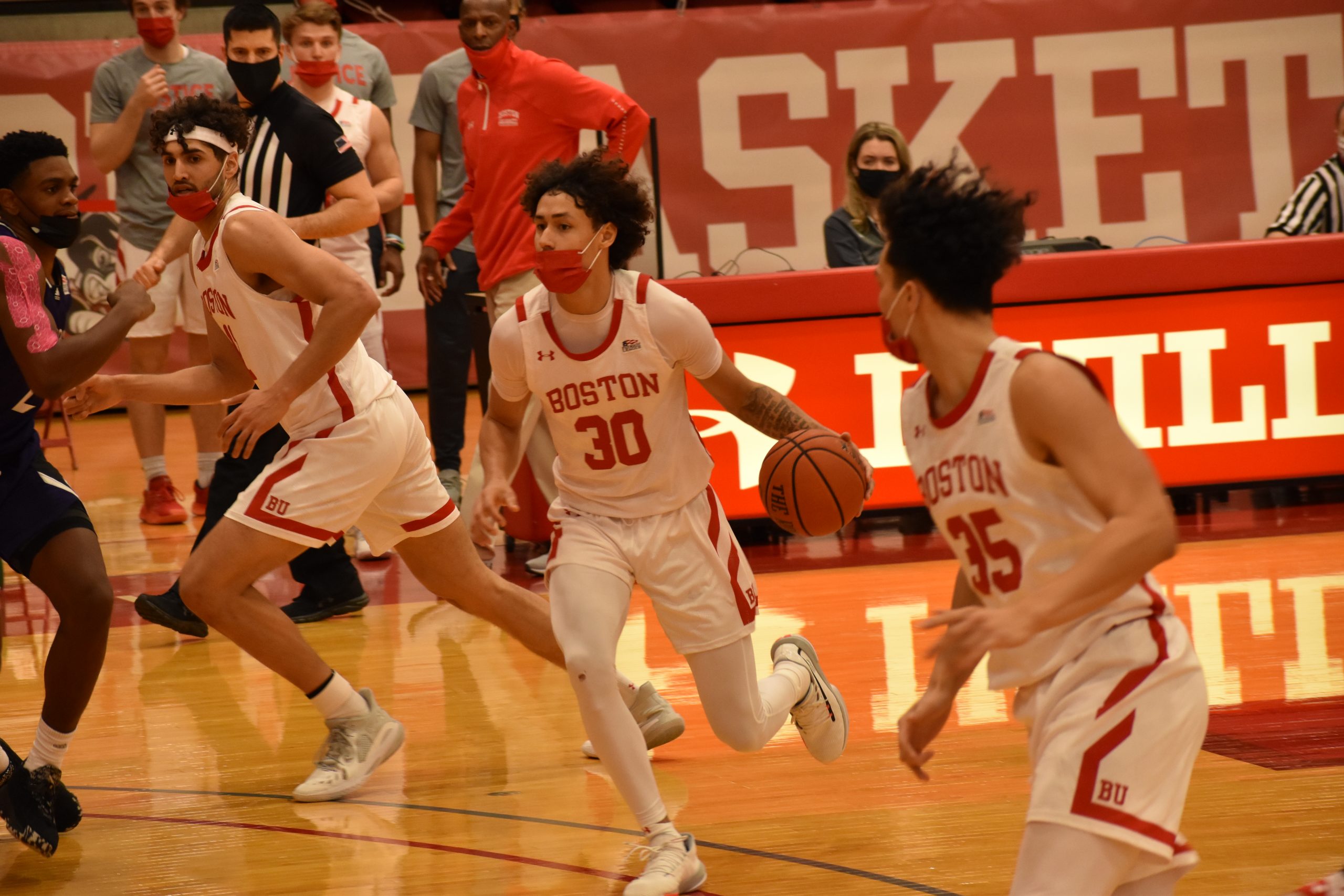 Coming off a season-opening split against in-state rival Holy Cross, the Boston University men’s basketball team will welcome Colgate to Case Gym this weekend for a pair of games in a rematch of last year’s Patriot League championship.

Monday’s game at Holy Cross got off to a slow start for the Terriers against a Crusader team who finished last season 3-29 overall. Despite trailing by double digits in the early stages of the second half, BU stormed back in the second half to win 83-76.

Redshirt freshman Daman Tate finished with 26 points, shooting 9-of-10 from the field and draining four from behind the arc.

Tuesday’s matchup in Boston saw a better start from the Terriers, but they were never able to pull away. Timely outside shooting from the Crusaders kept them in the game as they were able to stun BU 68-66 at Case Gym. Holy Cross was 0-16 on the road last season.

Colgate’s start to the new year was even more of a rollercoaster. The Raiders dismantled Army 101-57, and then 24 hours later, Army took revenge with a 75-73 victory of their own. In Colgate’s victory on Saturday they had five players in double figures, including two 20-plus point performances from junior Nelly Cummings and senior Jordan Burns.

Sunday’s outing from the Raiders looked like a completely different team. After shooting 65 percent from the field in their win, they shot just over 44 percent in Sunday’s loss.

A concern most likely at the top of Terriers head coach Joe Jones’ mind is stopping the lethal offensive weapons that Colgate possesses. They’re a deep squad that can throw a lot of different lineups at the opposition to keep them off balance.

BU did not have Preseason All-Patriot League member Walter Whyte for the first two games against Holy Cross due to an ankle injury. The Terriers will probably not want to get into a track meet with Colgate if they want to be competitive in these two games.

This weekend series will no doubt be a fun one, and it is the first of two times these squads will face off in back-to-back games. BU will also travel to play Colgate in Hamilton, NY on February 6 and 7. This weekend’s tip-offs are both scheduled for 6:00 p.m.