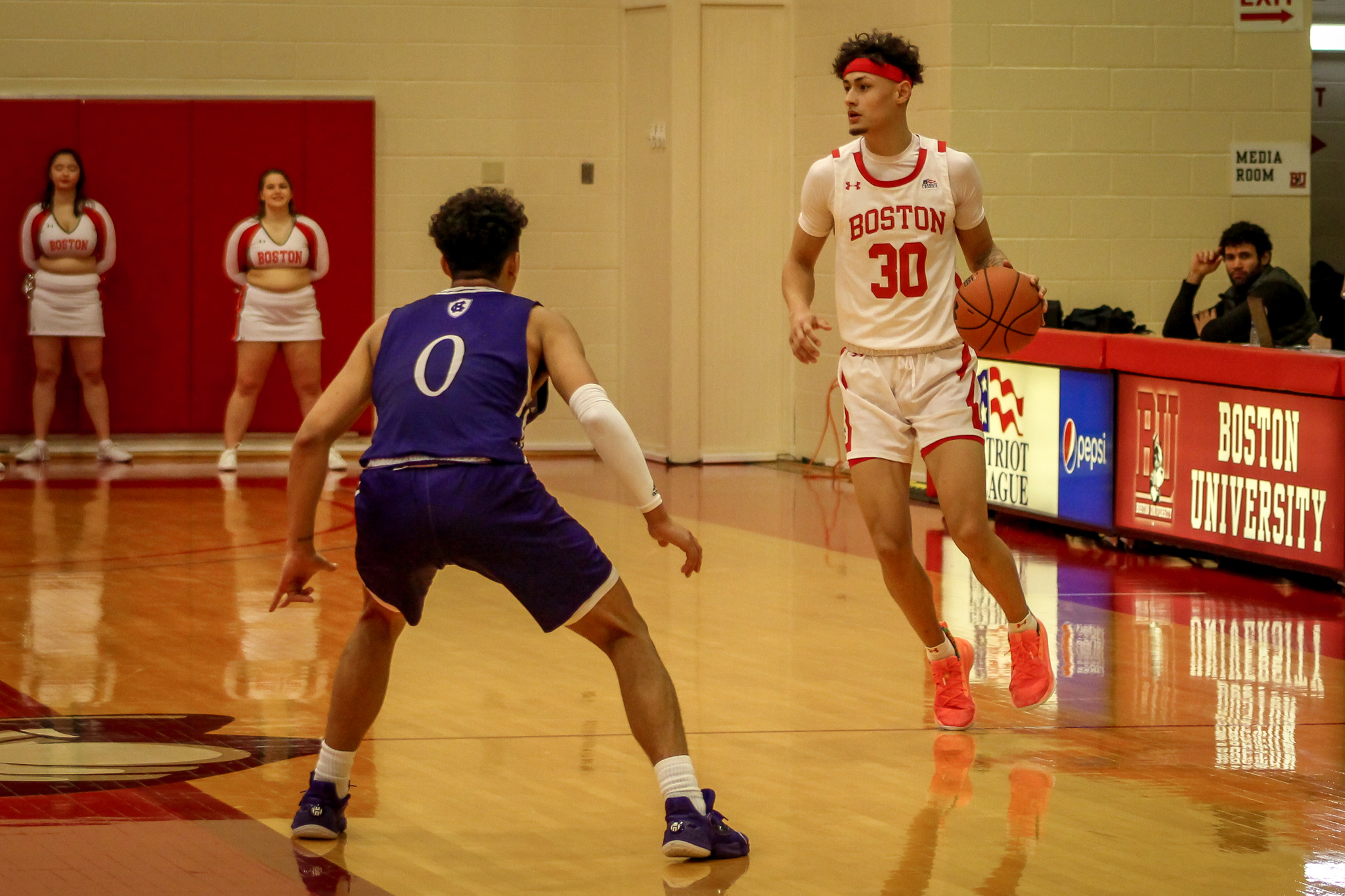 Redshirt freshman Daman Tate was electric in his collegiate debut. After missing all of last season with an injury, the athletic guard finished with 26 points on 9-of-10 shooting. Tate also made four of his five three-point attempts and added ten rebounds, four steals and an assist.

Tate’s dominance does not tell the full picture, as the Terriers overcame a sluggish start to pick up their first win of the new season.

BU was thrown off guard by the Crusaders’ defense early on, failing to score a field goal for almost five minutes to open the game and committing several turnovers. Holy Cross’ full-court pressure made it difficult for the Terriers to develop much offensive rhythm in the first half, holding BU to only 39 points and 3-of-11 shooting from deep.

Tate paced BU with 6-of-6 shooting from the field during the period. The Terriers closed the half on a 5-0 run, capped by a Javante McCoy mid-range jumper with only two seconds remaining.

After struggling to begin the second half, the Terriers connected on several shots and cut the deficit to three points. Tate continued to boost BU on offense while helping to lock the Crusaders down on the other end of the floor.

With seven minutes remaining, the Terriers secured their first lead of the ball game behind a free throw from junior forward Fletcher Tynen. Led by McCoy, Tate and center Sukhmail Mathon, BU went on a 13-6 run down the stretch to secure the win.

McCoy, who came off the bench due to an injury, was the Terriers’ second-leading scorer with 17 points, six rebounds, three assists and two blocks.

Although the Terriers looked to be missing the paint dominance of 2020 graduate Max Mahoney at times, Mathon and forward Jack Hemphill worked to reestablish BU’s game in the frontcourt. Hemphill stretched the floor with two threes and contributed to several key defensive stands in the second half, and Mathon held Crusaders center Matt Faw to just five made baskets in 27 minutes.

The Crusaders, who finished with one of the worst records in NCAA basketball last season, looked like a much improved team despite losing eight players in the offseason and featuring five of their six freshman additions in their opening day rotation.

However, Holy Cross’ relative inexperience and a few defensive miscues proved troublesome throughout the contest, allowing BU to chip away at the Crusaders’ lead and take over the game.

While they came away with the win, the Terriers await the return of injured junior forward Walter Whyte, who was a 2021 Preseason All-Patriot League selection and a member of the All-Conference Second Team last season.

BU and Holy Cross will face off again on Tuesday, this time at Case Gym. The contest is believed to be the first men’s college basketball game this season during which players from both teams must wear masks on the court, according to ESPN’s Jeff Borzello. BU requires its student-athletes to wear masks during competition, and any opponents traveling to Case Gym must don them as well.