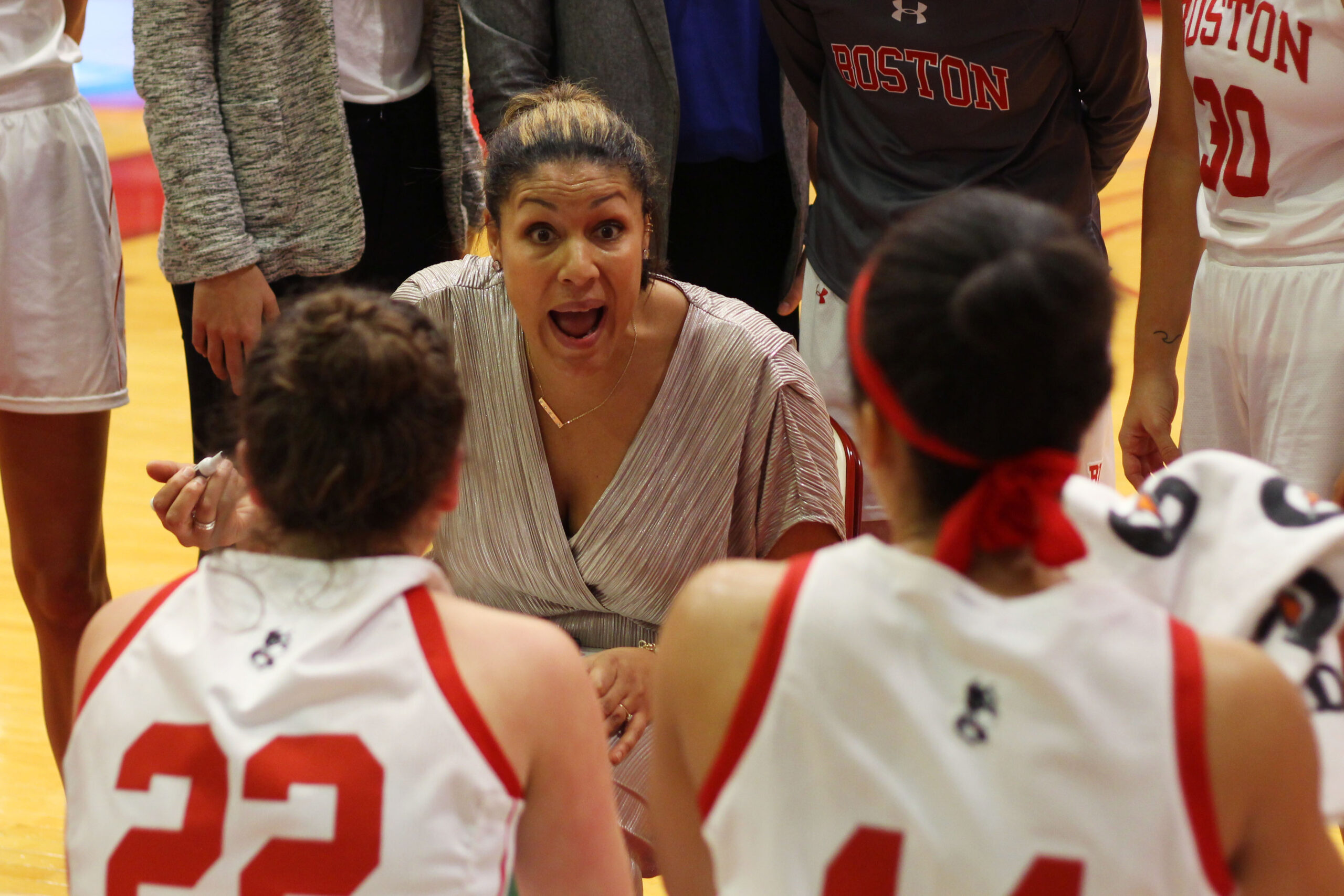 By: Sara Sturtevant and Ethan Fuller

Entering her third season as the Boston University women’s basketball head coach, Marisa Moseley has her eyes on the Patriot League championship. And for the first time in her three years at the helm, Moseley has a team with the experience and continuity to get there.

“I think that we have something really special here. I told my team that from day one that this is a really special group and I’m excited about being able to go to battle with them,” Moseley said at a preseason press conference earlier this month.

The Terriers managed to solidify their strength in the conference last season, with a Patriot League record of 12-6 and an overall record of 18-12. This year, the league is watching, as BU was picked to finish second in the conference’s preseason poll.

Scheduling has already been a unique challenge for Moseley’s squad. The team returned home for Thanksgiving, went through seven-day testing protocols when they returned on November 29, and have spent the month of December in the gym. With the moving target of the pandemic, Moseley and her staff have tried to keep things simple.

“From the top down, we tried to adopt a mentality of: we just take it day by day, and whatever that day brings us, then we’ll cross that bridge when we get to it,” she said.

Preparation in the Patriot League also looks different than past seasons. Under the league’s modified schedule, teams play back-to-backs on the weekend, then practice the entire week (barring postponed contests). For that second contest, there is little time to adjust the game plan.

“After the game on Saturday, and before the game on Sunday, will just be small tweaks,” Moseley said. “Both teams are not gonna be able to make dramatic changes in less than 24 hours.”

Last year, BU was often plagued by woefully inconsistent scoring, even when its defense dramatically improved down the stretch. A focal point this year has been scoring versatility, and Moseley believes her offense will have a lot more firepower in 2021.

“When you have all five players who can score, you have weapons everywhere and you can’t take anything away,” she said.

And with two new freshmen, guards Sophie Beneventine and Kelsi Mingo, along with the addition of eligible Villanova transfer Emily Esposito, the Terriers’ already talented veteran roster are looking to make this next championship theirs.

“We’re faster than we’ve been in the past, so we’re going to try and play at a quicker pace,” Moseley said. “We’re longer on the perimeter… we’ve got some different skill sets that we’ve been able to add.”

The integration process has been much easier this fall — last year, BU welcomed five freshmen and Esposito to the team. With only two entirely new faces this year, Moseley has more players to back up her teaching. Beneventine and Mingo have “held their own” among the veterans.

“A lot of it is also, watch the guys in front of you,” Moseley said. “We’ve been able to bring them along quicker, and they’re both pretty fast learners, so it’s been good to be able to integrate them in and not have so many new players you need to bring in.”

With the back-to-back scheduling, Moseley believes teams are more likely to experiment with different benches and rotations to keep players from wearing down over the course of a weekend. Even with a deep backcourt, fans could see some spot appearances from the two freshmen early on.

The quest to winning it all is set to begin on January 2nd against Holy Cross at BU’s Case Gym. The Terriers have more than a homecourt advantage against them, as last season they had one of their best games for field goals made (29) and 3pt attempts (26) against the Crusaders.

Moseley and her team are motivated to bring home a conference title. After having their season end abruptly last March, the Terriers have spent nine months fighting through adversity. Moseley is confident that her team will continue to make waves this season.

“That fire has not distinguished in our kids’ bellies and it’s burning even brighter. So there’s a whole different type of focus I think when you add into it everything that they’ve had to sacrifice to get to this point,” she said.