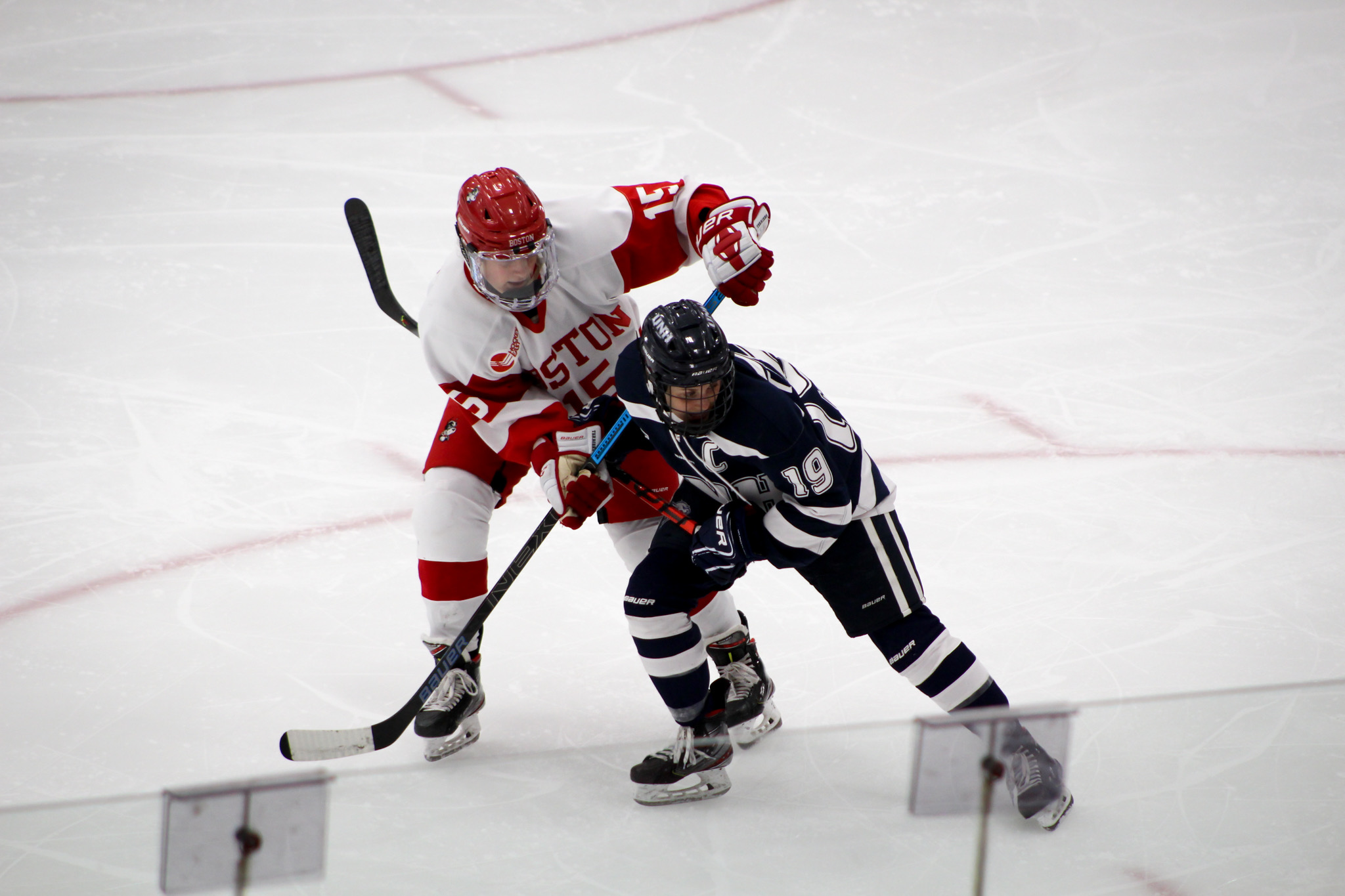 Senior captain Jesse Compher, and sophomore winger Julia Nearis both scored for the Terriers, while sophomore forward Tamara Thiérus netted the lone goal for the Wildcats. Senior goaltender Corinne Schroeder got the win saving 19 of 20 shots on goal.

“A lot of smiles throughout. To get back and to play the game they love for real, was an awful lot of fun for everybody,” said Durocher.

The Terriers and Wildcats exchanged penalties during the opening period. BU earned their first power play of the game when UNH junior defender, Talli Warren, went to the penalty box less than five minutes into the opening frame.

The Wildcats found their first opportunity on the power play when BU freshman defender Madison Cardaci was called for tripping less than two minutes after the Terrier’s power play came to an end.

While both teams were unsuccessful on the advantage, it was Compher that struck first for the Terriers with under three minutes remaining in the first period.

BU junior forward Mackenna Parker fed a drop-pass to junior forward Courtney Correia who was at the bottom of the left circle. Correia cross-passed the puck to Compher at the lower right faceoff dot, who then netted the first goal of the game and season for BU.

Here's how Mack, Court and Jesse combined to open the scoring. pic.twitter.com/POpSvoBqoh

“[Parker] playing with Jesse Compher and playing with [Correia], we are going to count on them to be a top line, and tonight they certainly were,” Durocher said.

During the second period, BU extended their lead when sophomore forward Julia Nearis scored her first goal of the season 7:16 into the second frame.

Nearis carried the puck along the far boards into the offensive zone, then shot it past UNH goaltender Nikki Harnet (26 saves) to give the Terriers a two-goal cushion.

Here's a look at Julia Nearis' goal that gave us a 2-0 lead: pic.twitter.com/tQWlLReoij

The third period, however, saw BU’s young defense begin to slowly lose their game. Thiérus was able to keep the puck in the offensive zone for the Wildcats, and scored on a backhand in the slot to cut BU’s lead in half with 16:37 to go in the final period.

The Terriers have four freshman defenders this season, and Durocher said that figuring out how to close games early on in the season will make things easier for his team down the road.

“There was a couple inconsistencies, but it was mostly in the third when things get a little bit tight and you try too hard,” Durocher said. “It’s more of a positional, technical thing that we will have to continue to work on.”

The Terriers are set to take on the Wildcats again on Saturday at 5 p.m. at Wittemore Center.

“Credit to New Hampshire<” Durocher said. “They came back. They fought all the way through, and we got out of here with a win.”

“We had some nice individual performances. The young kids played well,” he added.

In case you didn't know, Corinne Schroeder is ELITE. pic.twitter.com/BMJGmxfMl4