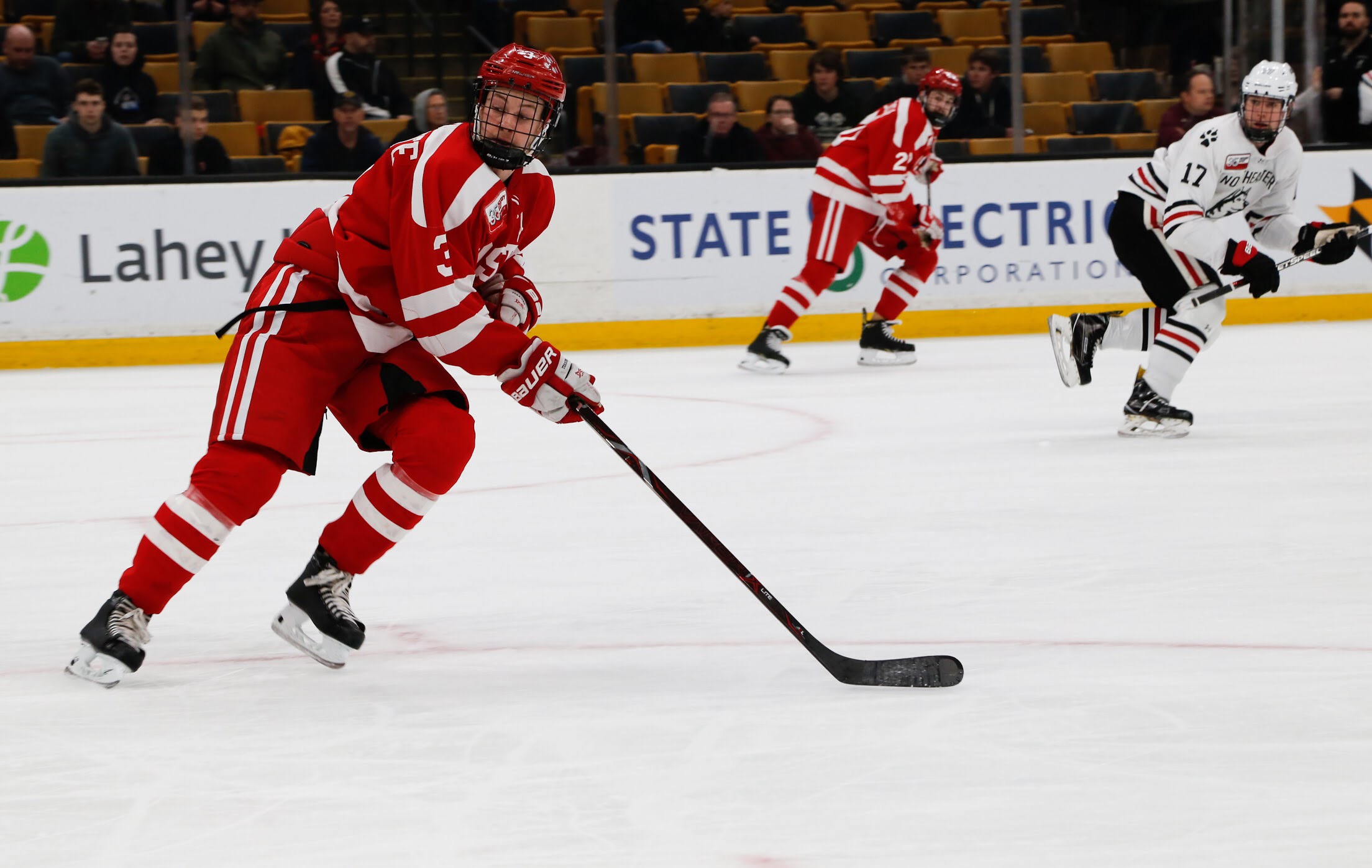 Last season, the Boston University Terriers hit the ice without one of their key pieces, both on the ice and in the locker room. Without Ty Amonte, the team skated to an up-and-down 13-13-8 record (10-9-5 HEA) as the Norwell, Mass., native watched from the stands, nursing an upper-body injury that held him out for the entire season.

Fast forward a year, and as a redshirt junior and assistant captain, Amonte is excited to finally be able to get going with the 2020-21 campaign after being kept off the ice longer than anyone on the team.

“I’m really excited just to get back on the ice,” Amonte said. “It’s good just to be in practice because I haven’t practiced at all really in the last year or so. It’s just exciting for me just to be back around everyone.”

Although the Terriers were supposed to open their season on the road against Vermont on Dec. 4, it looks as though they will have to wait even longer to kick off this year’s run after UVM delayed the start of their winter sports seasons. Regardless, Amonte says BU is happy to at least have something to look forward to.

“Just having the season on the horizon is kind of getting everyone going,” Amonte said. “We just started full team practices recently, so everyone’s getting more excited and things are starting to ramp up a bit.”

For Amonte, the extra layover may not be the worst thing as it affords him more opportunity to get back into a rhythm with the team after being on the shelf for so long.

“I think just the more time we have to prepare has been pretty huge for me with how long I was out, so having this extra time to prepare for me was actually really awesome,” Amonte added. “But now I feel like we’re ready to go and we should be getting ready to start playing and winning games.”

“It’s been a long road,” he said. “Last year was tough, sitting out and then seeing the season unfold the way it did for everyone – it was really hard to watch. But I’m just trying to get back mentally, just picking up the little things. It just takes a little longer to kind of just jumpstart.”

“It’s like riding a bike – I’ve just got to get going again. So the more we’ve been doing game-like situations lately, it’s been really helpful.”

Although having to sit out an entire season is certainly not ideal, Amonte sees a silver lining in having the chance to step back, watch from afar and understand the game better.

“I think being able to watch all the games last year helped me realize what we need and what I can bring to the table to help our team,” he said. “I think we lost a little bit of our edge last year with how gritty and physical we were.

“We were really pretty last year, which was nice, but I think being a stronger, grittier team this year is gonna help us win more games.”

The Terriers boast one of the youngest groups in Hockey East this year with six freshmen and 13 sophomores. Amonte, who is one of just seven Terriers left on the roster from when he last suited up for a game in March 2019, sees plenty of upside with a talented, young group.

“I’ve liked a lot of what I’ve seen from the underclassmen so far. Coming in as a freshman is always tough,” he said. “All the experience that our sophomores have now is going to be huge, and all the freshmen that we have coming in, they’re all really mature, big players.”

BU finished just over .500 in-conference last season, finishing sixth after placing fifth the season before with a 12-9-3 record in league play. In Amonte’s eyes, the Terriers failed to meet expectations over the last few years, giving the team plenty of reason to play with chips on their shoulders in the upcoming campaign.

“I think we should be a fun group to watch even with some of the younger guys that we have, like [sophomore forward] Jay O’Brien,” Amonte continued. “He’s gonna play with something to prove. I think we all have something to prove, because we haven’t been one of the top teams, which we should have been for the last three or four years.”

O’Brien is looking to have a comeback season in his own right, although not in the same way as Amonte. A first round pick of the Philadelphia Flyers in 2018 (19th overall), the highly-touted prospect could not seem to get going as a freshman at Providence College with 2-3-5 totals in 25 games. So, O’Brien played for the Penticton Vees of the BCHL last season, posting 25-41-66 in 46 games before arriving at BU as a sophomore transfer this fall.

With the likes of Amonte and O’Brien, BU feels like a group poised to send a message this season. However, the rebound bids will have to wait, for now, as the Terriers do not drop the puck on their season until Dec. 11 at home against No. 7 Massachusetts, barring any schedule changes.

Featured Image: Ty Amonte anticipates a pass during the Hockey East semifinal against Northeastern at TD Garden on March 22, 2019. Photo by Emily Hunter.