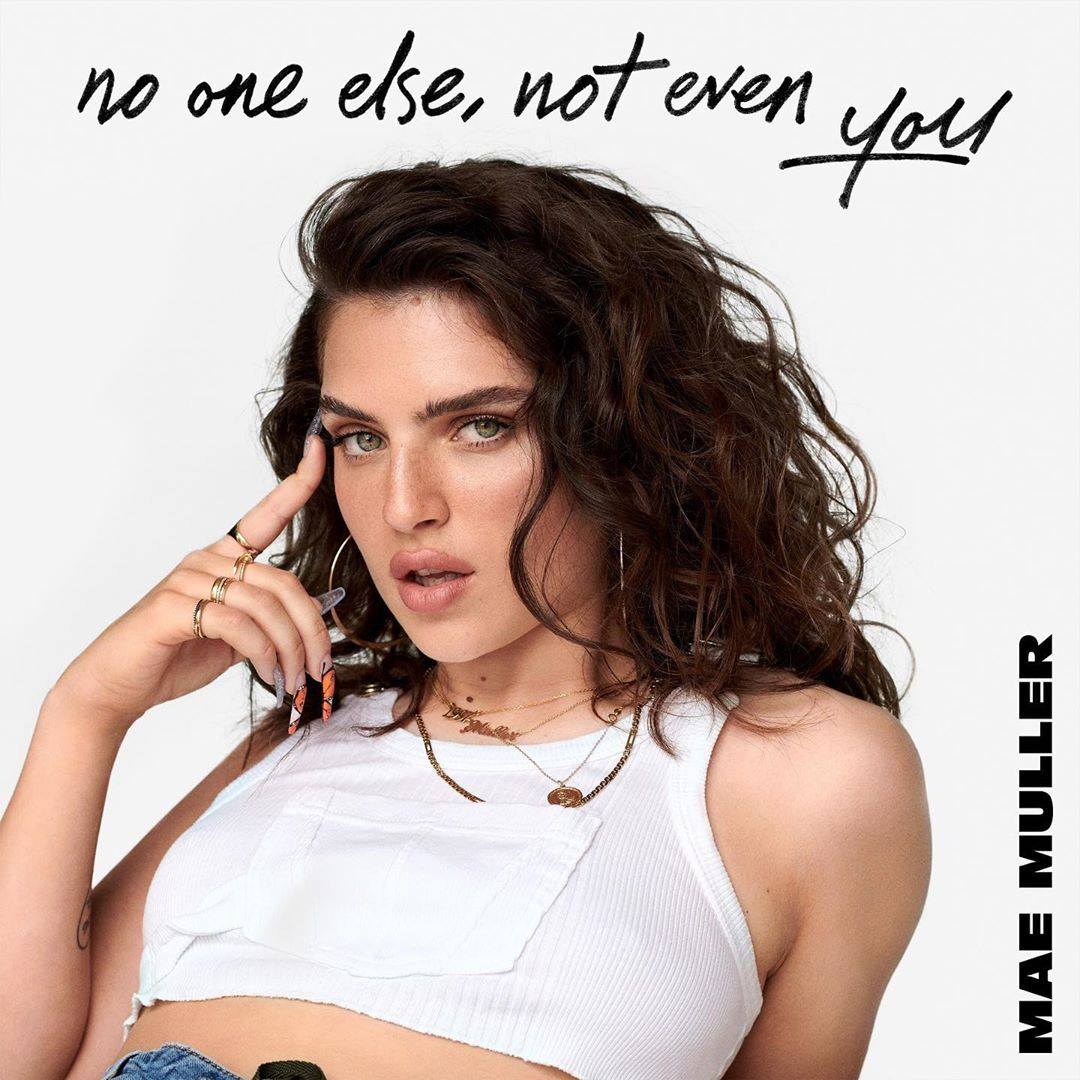 Not many artists would describe their EPs as both profoundly emotional and tongue-in-cheek, but British singer-songwriter Mae Muller is redefining the range of material artists can cover in a seven-song tracklist.

The 23-year-old creative said in a press conference hosted by °1824 that her newest EP, no one else, not even you, which is set to release on November 6, includes her characteristic sass and confidence, but will also delve into deeper, private memories and aspects of her personality she hasn’t shared before.

While Muller hopes to explore themes of strength, vulnerability and humor on the EP, she’s incorporated those messages into her personal brand as well, encouraging her primarily young, female audience to be unafraid of both speaking up for themselves and expressing their emotional sides.

Although she now has three EPs to her name, the Kentish Town, U.K. native was a relatively late bloomer in the music industry, writing her first song just four years ago. Muller was discovered after posting her songs on SoundCloud and Instagram, allowing her to quit her job at a pub to focus on music full-time.

After releasing her first tracks and establishing herself in the contemporary R&B scene, Muller quickly realized that she could use her platform to become the strong female mentor she lacked as a teen.

“I always say that I write music that I wish I could listen to when I was 15 because I wasn’t always this outspoken, sassy person,” Muller said. “I used to let people walk all over me and I’ve given other people so much power over me as well, and so I’m kind of making up for that now because I’ve got this newfound voice and confidence. I’m like, all those people that walked all over me, I want to let them and everyone else know that you can’t do that anymore and I think if I can help someone else find that, it’s definitely a bonus.”

Muller has since expanded into discussing topics ranging from sex positivity to FaceTune to social justice with her fans, taking advantage of her ever-growing social media following to draw attention to causes she considers important.

“I think as an artist, it’s way more than music,” Muller said. “I wanna make my page or whatever I’m involved in a safe space for everyone, and also, if something is important to me, then I’m gonna talk about it, and I’m passionate about these things. I think with Black Lives Matter, I was just thinking there could be some followers of mine and they might be a bit younger and they might be at home during lockdown and their parents might not be speaking to them about it. They might not have any other person that they’re looking up to speaking about it, so I was like, if I can be that one, I will.”

She’s also doven into these topics on the pages of MaeZine, the digital magazine quarantine project she created in order to give her fans a peek into her personality and interests.

Muller’s own self-love- and confidence-developing journey fueled her newest EP, which largely focuses on encouraging listeners to feel more vocal and self-assured.

“I just want them to feel like they should know their worth,” Muller said. “It’s OK to be an outspoken woman and for women to use their voice and not be afraid to speak their truth because I’ve gotten to a point now where I know how I feel, and you can either like it or get lost. This is my truth and you’re gonna hear it, and it took me a while to get to that point, so I just think the more and more women [are] owning what they do and loving it and feeling good, it’s certainly gonna be a good thing.”

However, Muller doesn’t want her fans to forget that empowerment and being willing to take feelings into consideration work hand-in-hand.

“I think it’s important to show that because it shows your audience that it’s OK to not be this sassy powerhouse the whole time,” Muller said. “With this new wave of powerful, amazing, strong, independent women, I feel like sometimes you feel like you have to be like that all the time.”

“Sometimes we have our off days and I think it’s good to show that, and show a more vulnerable side, because that’s just real isn’t it?”

Muller also chose to weave in elements of humor, her so-called musical defense mechanism, throughout the EP. One such example is the track “So Annoying,” which takes a humorous look at the parts of falling in love she considers a “bit of a pain.”

Muller’s career may be just beginning, but she’s already found a way to make her music and identity synonymous. Above all, Muller hopes her latest creation will serve as an inspiration to anyone who tunes in, giving them insight into who she is as both a person and artist and motivating them to embrace their own identities.

“This is the first body of work where I’m like, this is me, I’m so proud of every single song and they’re all so different, but they all kind of complement each other in such different ways,” Muller said. “It’s just showing different sides to me that I haven’t shown before. I think it’s just the first time I feel like this is me, who I want to be, what I want to say, my sound, so it’s exciting.”