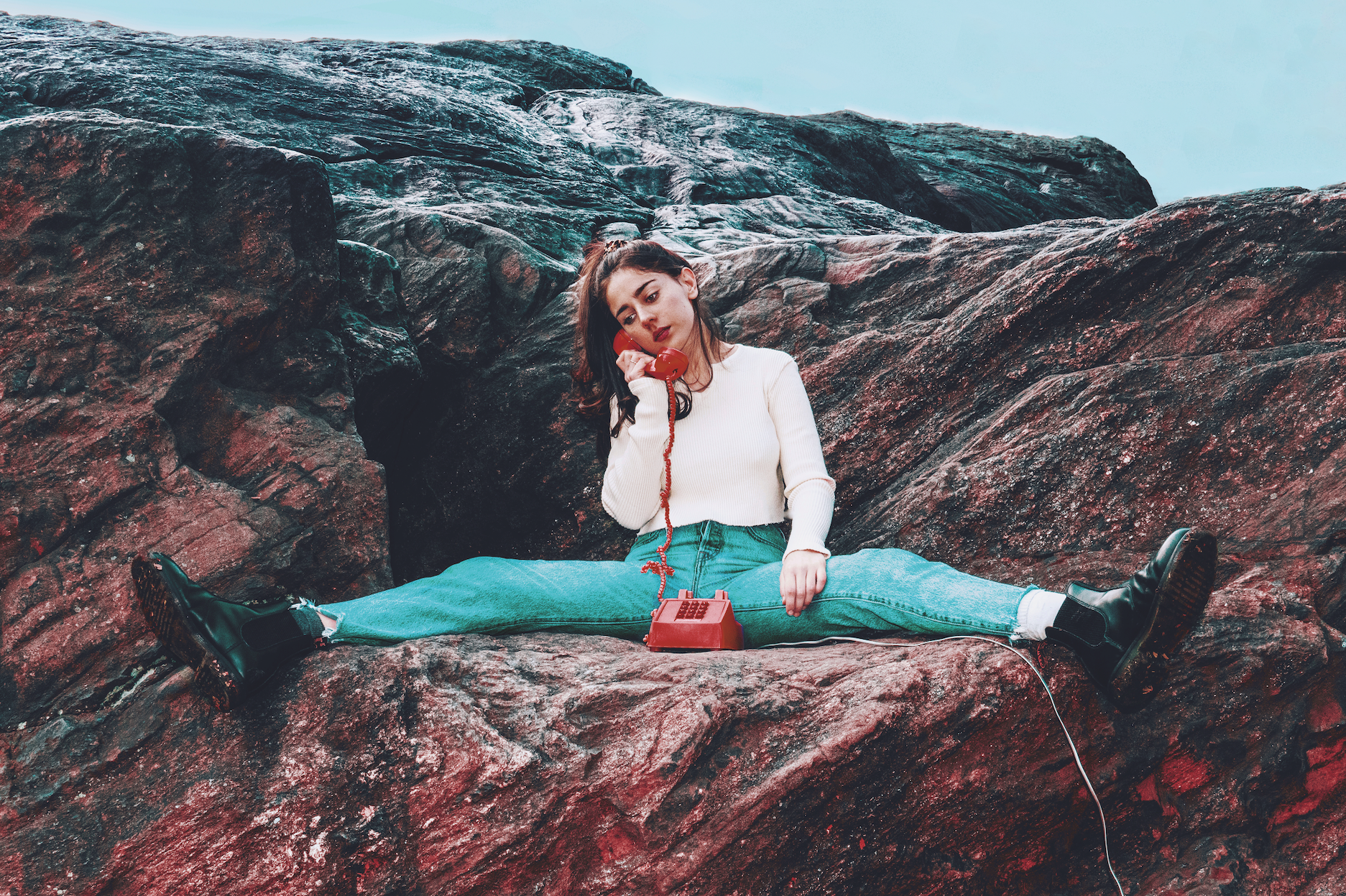 Samia Finnerty released her debut full-length album The Baby in August. Back in 2017 after only having three songs out, her song “Someone Tell the Boys” had been plopped onto Spotify’s “Badass Women” playlist and the rest is history.

The Baby creates an undeniable presence of movement as the songs slip through you. The majority of the songs do not resemble each other in the slightest; the album hosts a wide range of unique melodies as well as emotions.

Samia wrote WTBU about being an artist during the pandemic, releasing The Baby, and her dream collab!

How has it been as an artist during the pandemic? Do you miss performing?

I miss performing so much! It’s been hard to feel fulfilled without touring but I’ve just tried to make meaningful connections in other ways as much as possible.

I read in a Pitchfork article that you created a fake manager’s email address to book shows – what is the story behind that?

I knew I didn’t deserve to play the venues I wanted to play at 17 because I had no draw, so I lied and sometimes it worked!

What has it been like releasing your debut album “The Baby”?

It’s the first thing I’ve ever released that I’m proud of so it’s been really cool to be able to share it with people and have conversations about it.

What was the process like configuring the album? Listening to it, all the songs feel very connected – was that on purpose?

I got to make it with my friends in a space that was conducive to honesty and creativity, so all the songs are definitely connected in that they came out of the same environment and similar influences on my life.

Do you have a favorite song on the album?

How does it feel to put forth such emotionally filled songs to the world? You are known for being very frank and honest in your lyrics – did it take time to become comfortable with that?

That’s always been natural for me, but I’ve definitely had to learn to try not to exploit the experiences of others when I choose to be honest about my own.

Where do you see yourself in 5+ years ? This can be as an artist, writer, etc.

I just hope I’m surrounded by dogs and friends!!

Who are your favorite artists to collaborate with?

My friends! I am most inspired by them and feel the most comfortable with them in a creative environment.

Is there anyone you would dream about collaborating with?