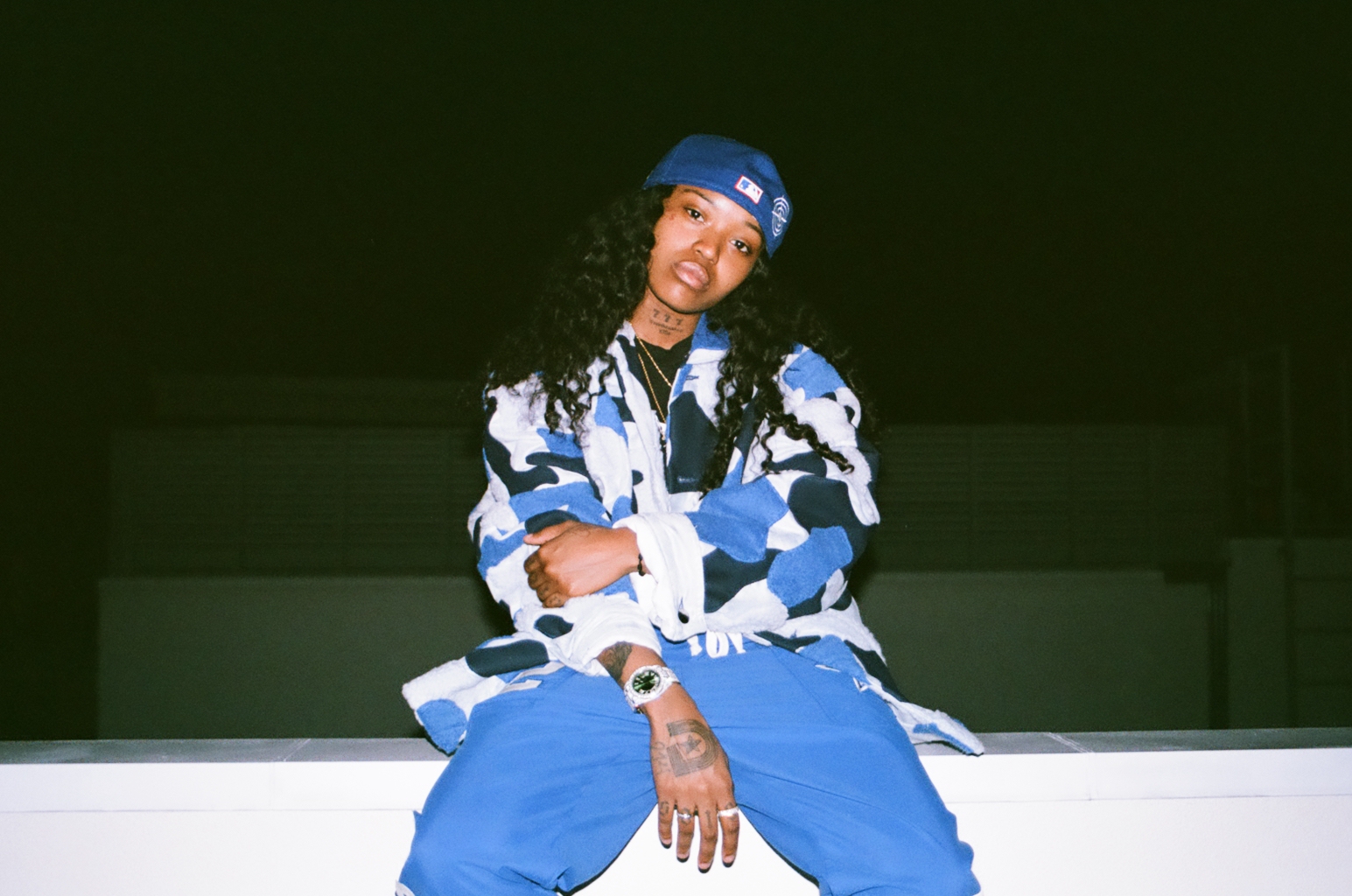 “Something is finna happen. I don’t know what it is, but my life’s finna change.”

The words from a casual conversation with her mom about her future never reigned truer for Kaash Paige. Her life changed drastically overnight when her hit “Love Songs” went viral on Tiktok the very next day.

A singer from Dallas, Texas who gained her start by posting her music on SoundCloud, Paige has since signed with Def Jam Records. As a young star on the rise, she has already had big success since then with collaborations with artists such as Travis Scott and 6LACK. However, she’s not stopping there. She may only be 19 but Paige says she has been manifesting winning a Grammy Award for some time now. And, with the recent release of her debut album Teenage Fever, she is one step closer to achieving that dream.

During a virtual press conference hosted by °1824 on Sept. 28, Paige explained that her inspiration and thought process behind Teenage Fever was to create something that people would be able to relate to and enjoy. She elaborated further saying, “I need[ed] something that makes you feel good, makes you feel timeless, and just like 2 a.m. summer nights, just having fun with your friends and you know, just living life.” And if you take the time to listen through the whole tracklist, from ‘London’ to ‘Karma’, that is exactly the vibe that resonates.

Although she has had such a quick rise to stardom, Paige is a kind of an anomaly within the norms of the music industry. “I don’t even really focus on music, it just happens. I just be in the dorm room with my bro just creating stuff,” she said. No fancy recording studio sessions or big lead music executives present trying to control her creation process; it’s simply her and her friends freestyling.

Paige radiates positive energy as well as confidence in herself and her abilities, yet she remains so humble in her endeavors. So, when given the opportunity to ask her some questions, I asked how she managed to remain so grounded. Her reply was intriguing:

“I think it’s people that you let around you. Since I’ve been growing every day, I try to protect my peace and my energy because a lot of bad energy is out in this world and I don’t want it to stick to me cause I don’t wanna be in a bad place or anything. So when I have my friends around me I make sure that my friends are, ya know, like leveled up and just really, ya know, healthy, and just got their passion going, [and are] ambitious. When you surround yourself with that, can’t nothing bring you down.”

Throughout the conference, she was continuously thankful for her fans and everyone who took the time and interest in supporting her. Talent can only get you so far, but her genuineness and appreciation for her accomplishments is something that could only transcend her further. Paige recognizes the importance of such things and summed it up best herself by saying, “If you [aren’t] grateful, what are you doing?” The future is exceedingly bright for her, so keep an eye out for the name ‘Kaash Paige’ because it is destined to be one you won’t soon forget.

Kaash Paige’s top 3 artists are Drake, Frank Ocean, and Mac Miller (who she says is the definition of a “pure soul”).