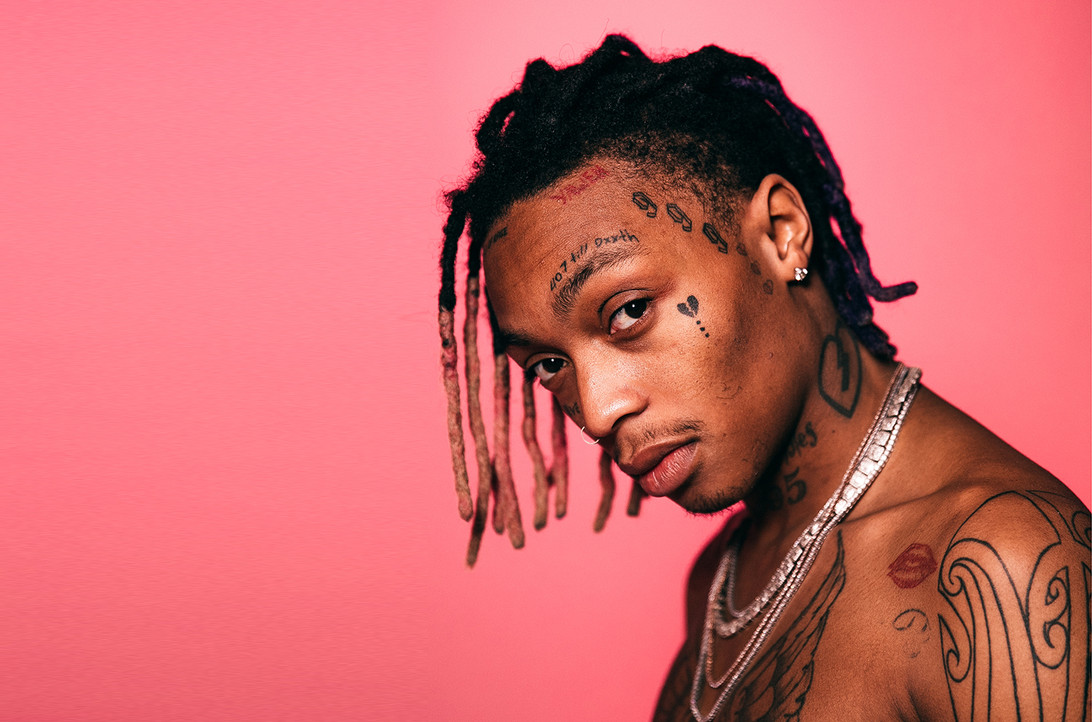 Tyla Yaweh is a rapper singer and songwriter from Orlando, Florida. Tyla recently toured with Post Malone and released an all-new single off his upcoming album, RAGER BOY, that features Post entitled “Tommy Lee”. WTBU journalist Grace Lauson chatted with Tyla about his upcoming album, his history with music, and how COVID-19 has affected him and many other musicians.

Grace Lauson (GL): I know you must be pretty busy and this may be a difficult question, but can you walk me through what an average day in your life is like?

Tyla Yaweh (TY): Honestly, this is a perfect time. I’m smoking a blunt and hanging out. I can’t complain. It’s a good day. I‘m having some good conversations with some good people. My life can go from a party to work quickly. Sometimes, I wake up with a party, end with a party, and then start some work right after that party. It just depends though. I probably wake up, smoke a blunt, and talk to my manager about things that are going on that day. Then, I go to eat some food, workout, go to the studio, and then do this all over again.

TY: No, it’s really chill. It’s normal human life. It’s like working any other job, just a different perception then other people have.

GL: I know you were discovered by Post Malone but how did you two meet?

TY: I opened up for Posty in the beginning of 2015 in Orlando, Florida. I opened up because the owners of Rolling Loud used to manage me in Florida and they put me on any show that a big artist was playing at when they came in and out of Florida. They gave me a great spot right before the big artist went on stage. I ended up opening for Post like 3 times in Orlando and I did this song with FKI 1st, which was Post’s DJ at the time. He came into the studio and we made “4:44 AM” and Post heard it the next morning and was like, “Yo, who is this kid?”. He kept playing the song over and over again and he loved it but I was in a situation where I couldn’t sign anything else at that time. So, at the end of that year in 2013, I ended up moving to LA. A few years later, I was invited to a studio session for artists and Dre was there. I was still kind of in a shit situation that I couldn’t get out of but Dre asked me, “Hey, what’s your situation?”. I was still fighting it and then the same artist invited me back to the studio a couple of months later and I ended up doing a song with him. I had to leave so I did the song in like 15 minutes. I got a call back like 2 days later from Dre who said, “Yo, what’s your situation?” and thank god I was finally out of those horrible trials and tribulations I was going through. He was like, “Yo, don’t go, don’t fight with anybody, I want to work with you, I want to show you what I can do.” From there, he just brought me on as part of his team and he brought me around Post and stuff. Posty was really cool. I was just always around and I always had good energy. I was watching and never stepped on anyone’s toes. Then one day, Posty and I were partying together and getting super drunk. That was the day we got super cool and it’s just been non-stop since. Now, it’s a full friendship and he brought me around the world with him and now we are here today.

GL: Did your dynamic change with Post Malone much when you started working with him as opposed to just partying and traveling with him?

TY: I think life is a party constantly. It’s fun working. We are constantly eager to become the best. We are always eager to be around our friends. We want to travel, do shows, and touch our fans. This is our job. We love it. So, it’s not hard at all. Sometimes, the media makes it seem like Post’s not happy but he’s the happiest person in the world. We are all happy and we all keep each other going.

GL: Have you ever thought about doing anything other than music or did you know that was the goal since you were little?

TY: Early on, I was skateboarding too. I thought I was going to go pro because I had hella sponsorships and got loads of deals. Companies were sending me hella stuff. My assistant was also in a girl band so I was already knowledgeable about music and I always had a talent for singing. In school, they made me take chorus. I ended up being the lead singer. Then one day, I was just on the internet watching Lil Wayne and hella rockstars and everything. I grew up watching rockstars my whole life and I always wanted to be in a rock band but didn’t really pursue it. I guess music is just in my soul and it has been my whole life. It’s just something that is gravitating to me and I knew it was something that I wanted to do.

GL: Do you have a preference between touring or the process of making music?

TY: Anytime someone asks me about a process, I don’t really know what to say. I just walk straight into it. I’m not nervous. I hear a beat, I hear the melody, and then I know the words already. They just come straight to my head. When I hop on stage I just want to turn up and rage with all my fans. So it’s just natural.

GL: I know you have played some festivals in the past. Do you prefer playing your own shows or festivals more?

TY: I just love being anywhere where there are a bunch of crowded people. I love having fun and performing. That has always been something I like to do. I don’t know. I just love it. It doesn’t matter where I’m at, if it’s a small setting or a large setting, it’s all fun.

GL: How has COVID-19 affected your life as an artist?

TY: It’s slowed down a bit but it didn’t really affect my life because I was on the road for 2.5 years. We did a whole world tour. I was already on tour before I hopped on the road with Post. So, for me, it was like a time to sit down and reflect on what goals I accomplished. It has helped me be able to step in and finish my album and connect with certain artists that are on my album too.

TY: I am listening to a lot of people, to be honest. I am always trying to find new artists. I’m listening to Juice WRLD, a smaller artist called Ty the Guy, NAV, Lil Durk, Lil Baby, and just a little bit of everything that’s going crazy right now.

GL: When you release a song can you ever estimate how much success it’s going to have?

GL: What’s next for you? What do we have to look forward to?

TY: RAGER BOY album! That’s my whole goal. I’m making sure it’s the best body of work for me, especially in these times right now. So, I’m just making sure I make good music that’s going to last forever.

You can listen to Tyla’s new music here.