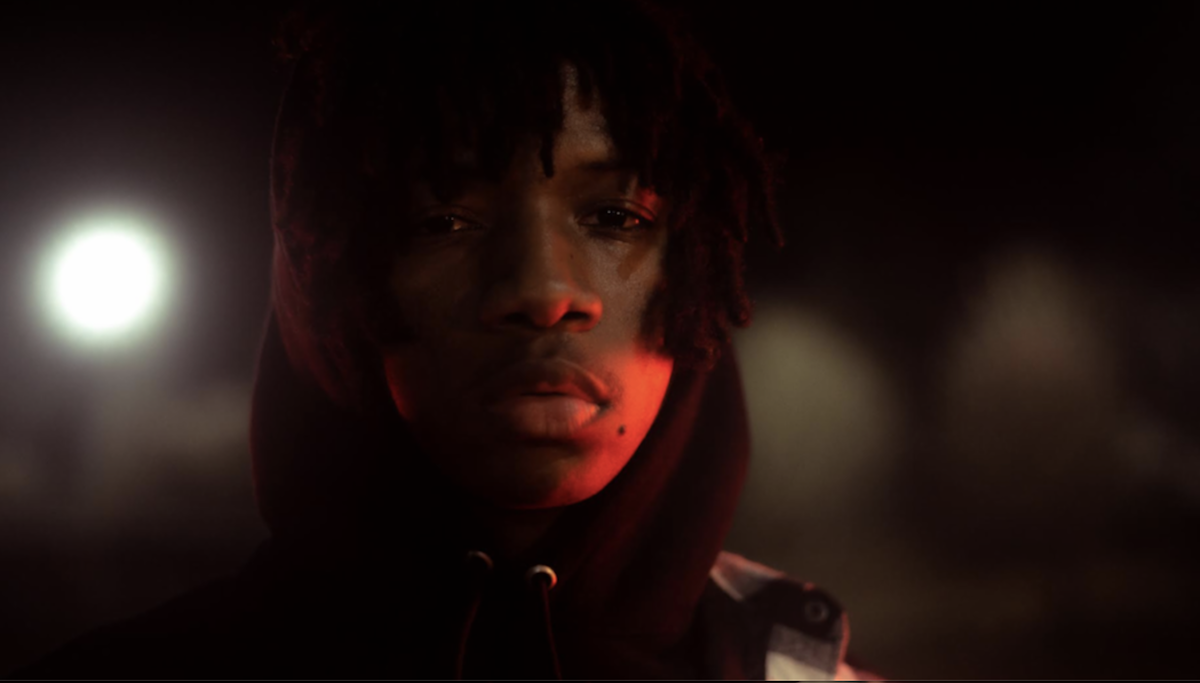 Kenny Mason is a 25-year-old rapper from Atlanta, Georgia. He has just released his first album, Angelic Hoodrat, which can be found on Spotify here. WTBU journalist Grace Lauson chatted with Mason about the new album, his background in music, and how COVID-19 has affected him and many other musicians.

Grace Lauson (GL): What was the process for writing this album? Did the songs come easily for you or was it a more of a grueling process to finish each track?

Kenny Mason (KM): No, it definitely wasn’t grueling but it wasn’t necessarily easy either. I would say it was simple, not easy. I knew what I wanted to say and I knew how to say it. The words come easy to me. The hardest part is the production and getting the sounds right. I think that some of the songs just had to develop themselves over time.

GL: Does it take you a long time to perfect each track with this process?

KM: It depends on the song. A lot of the tracks were demos for a long time until I got the right people in the room. However, some of the songs, like “Hit”, I just recorded for the first time and one take was all it took. It is just always different.

GL: How did you come up with the name Angelic Hoodrat for your debut album?

KM: It was by accident. I said it as a line in a song I was freestyling and my friend said that it sounded really cool. I agreed and once I thought about it more it started to mean a lot to me. I found it to be a cool representation of the duality of myself and the folks who come from where I come from. I thought about using it for the title of the song and then eventually we just settled on it being the name for the album.

GL: I know you expressed that you kept your music secret when you first started. At what point did you get the confidence to share your music with the world?

KM: To be honest, I rapped for this girl and then she freaked out. She was all over me. After that, I decided I wanted to rap for everybody. It started out me rapping for girls trying to impress them, just saying cool stuff like metaphors and punchlines. Then, I started doing shows, which is a whole different experience. The rockstar aspect of being a performer and entertainer is far different than the creative part of it. It is a whole different process you have to have and I fell in love with that.

GL: I know you got a lot of your inspiration to start writing rap music from Lil Wayne. Is he still a major influence on your music now or has your sound developed differently through the years?

KM: His legacy is very inspirational to me. I still admire his rapping abilities and I still think he raps better than anybody. He still is the GOAT. I am most impressed by the longevity of his career. Despite the adversity he faced, like going to jail and problems with his business, he still has a great legacy. I aspire to take what he did and go further.

GL: How has your background and growing up in Atlanta influenced your music?

KM: I remember hearing a lot of songs from artists who are also from Atlanta like OutKast, Travis Porter, and Gucci Mane. I remember hearing songs from each of them where I knew exactly what they were talking about. The whole world might not know exactly what the artist is talking about and they might still enjoy the song but I know exactly what street the artist is talking about. Sometimes if they mention a person, I might even know who they are talking about. This gave me a sense of pride in my city and I started to think that I wanted to talk about Atlanta in my music. I am experiencing the same things as these artists did. I am just going through it with a different perspective. I definitely have something to say to people and I like to be heard but sometimes it is about a city that they are not familiar with. It is a cool spot to be in.

GL: Was there ever a point in your life where you started to feel like you were getting noticed for your music?

KM: Yes, for sure. I put out this song called “For Real” and got over 1000 plays on Soundcloud the same night I put it out. It’s not a lot now but back then it felt like I went platinum. I was so happy everyone liked the song and every time I performed it at local shows, people knew the words. It gave me enough traction. Also, I started performing “Hit” a while before I actually released it and people in Atlanta really liked it. So, the city was already rallying behind the song before I even put it out on any platform.

GL: Have you ever thought about doing anything other than music or did you know that was the goal since you were little?

GL: Have you experienced some of that backlash from people who don’t support you or think you can achieve your dreams?

KM: To be honest, I never really had many people who said I couldn’t do it.  I had one person in my family, the guardian I was living with previously, who didn’t want me to take it too seriously. She definitely wasn’t supportive of it as anything more than a hobby. However, once I moved out of her house, everyone was pretty much supportive and thought I had something special. There was pretty much always a lot of support to keep going.

GL: Do you have any hobbies that aren’t musically oriented?

KM: I like clicking. I be clicking a lot. I play a lot of video games. I cook. I like to read. There is definitely nothing that is as important as music but I definitely have other interests. On the surface level, I am really interested in science. I just like knowing what’s going on in that world. Physics and subjects like that appeal to me but I’m definitely not a scientist. I just like that sort of stuff.

GL: What motivates you to keep working hard?

KM: The sheer love of it. I am obsessed with music. If I like one of an artist’s songs, I usually listen to the whole album. It really is just my obsession with music and the desire to be one of the best. I am not really okay with just being where I am now. I want to keep growing and that motivates me every day. That pushes me past any thought of being lazy. I look at people who paved the way for me and realize that they were never lazy. So, I know I can’t be either and I don’t want to be.

GL: How has COVID-19 affected your life as a musician?

KM: It is definitely a bummer because I was scheduled at every major rap festival this year and they all got canceled. Those performances were going to be a part of my personal tour but now no one can tour. So, that was a bummer because I think live shows would support the album really well and kind of give people a new perspective on the songs. However, I am not one to dwell on stuff that doesn’t work out. I like to move on and I am fortunate enough to be able to work on music at home, so it’s all okay.

GL: Do you have a preference between the process of making music or playing shows?

KM: I would have to say they are equal. The experiences are so separate for me. I get a really good feeling, like an addictive feeling, when I make a really good song but it is nothing like performing. That is a euphoric feeling. Even if a show is not necessarily good, just expressing all of my thoughts and feelings live, it’s just like lightning.

GL: What’s next for you? What do we have to look forward to?

KM: I have a lot of features coming out which is going to be cool for people to see me collaborate with other great artists. However, expanding on the album is my top priority. We are currently working on visuals and major productions for the album, so there are lots of cool things coming up.