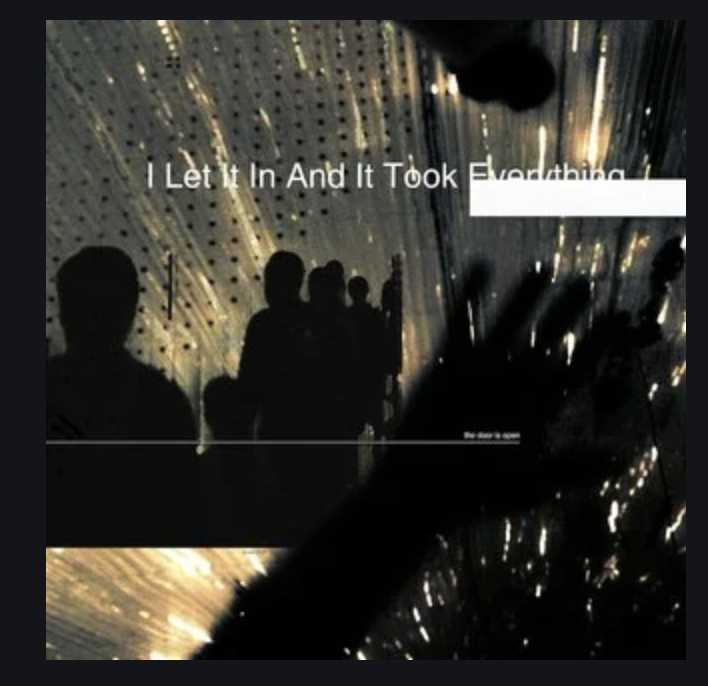 Loathe – I Let It In and It Took Everything

Only two months into 2020 and Loathe has created a solid contender for album of the year. It’s thematically cohesive while remaining musically different. The Liverpool band’s newest album, “I Let It In and It Took Everything,” is hauntingly beautiful. This is a group that is picking up momentum and doesn’t seem to be slowing down.

The album starts off with the track, “Theme.” This is an atmospheric synth intro that sounds beautifully somber. The name of track appears as a hint that this theme will recur throughout the album. What comes next is the real opening track, “Aggressive Evolution.” This song comes in full force with industrial noise effects and hard-hitting drums. This all leads to one of the most headbangable grooves I’ve ever heard. The nu metal elements of the band really shine through here. But just when you think you get the song, it launches into this dreamy, beautiful chorus that sounds as melodic as any band could hope to have. Most metalcore bands could only pray to have a chorus as melodic and beautifully sung as this.

The following track is “Broken Vision Rhythm,” which stays just as heavy as its predecessor. This track does have more of a hardcore element to it than the previous song. It’s wrapped up with a soft outro and the ambient synth returns. What follows is “Two-Way Mirror.” I believe it’s the weakest track on the album, but I could see how some would love it. It’s a traditional type of soft ballad. On this song, the vocals, drums, and synths seem to be at the forefront and sustains the established atmosphere. The band toys with abruptly stopping and starting the song throughout.

The next track is one of many transition tracks titled, “451 Days.” This features a jarring synth intro which incorporates samples of people talking that gets partially drowned out under the synth. After it fades out, the samples are left and in comes “New Faces in the Dark.” The song starts out with clean guitar strumming before getting into a heavy, djenty groove. The song maintains the metalcore tradition of a clean chorus while still scattering intense growls that sound black metal at times.

The following interlude is “Red Room.” This features another haunting synth part before the drums come in hard on the toms. This is the only interlude track to feature growled vocals. It’s then followed by the song, “Screaming.” According to a Reddit AmA, this is one of the band’s favorite songs and for good reason. It’s got a real killer rhythm, it features some more distorted guitar, and beautifully melodic clean vocals. It briefly changes into growls but for the most part, it stays beautifully sung with occasional vocal harmonies. On one chorus, there’s even a faint growl in the background that’s quickly displaced by a nice vocal harmony. This song really encapsulates the melding of soft and heavy together that appears throughout the album.

“Is It Really You?” is a personal favorite of mine and it’s probably the most beautiful song on the album. It starts with a somber synth before getting into a somberly heavy guitar riff. The verse stays soft and is only outmatched by the grimly optimistic chorus. Kadeem’s vocals really shine through here in the same way that Erik’s did on Screaming. This is a song that anybody who doesn’t even like heavier music could listen to and enjoy.

“Gored” brings back the intense heaviness missing from the previous two with a groove that sounds akin to Code Orange. There’s some intense double bass on the song that’s sparse on the album but makes it that much more awesome when it does appear. Towards the end, it wraps up bringing back some similar industrial elements that were on Aggressive Evolution. This song is succeeded by the song, “Heavy is the Head That Falls with the Weight of a Thousand Thoughts.” This song starts off with some black metal tremolo guitars that would make any metal elitist turn their head. The song also adds to that black metal vibe by mixing everything way down. It then boils up to the surface reprising the similar mix we’d gotten acquainted with throughout the album. It feels the most out of place on the album, but it does manage to bring it back around with an intense djent groove that’s heavier than student debt.

“A Sad Cartoon” is probably the most Deftones-like song on the whole record. But it still fits within their soundscape and still sounds like Loathe. It melds the beautiful singing and heavier singing in a similar fashion and the verse has a dreamy quality to it. There’s a really cool brief pause in the song where the vocalist breathes in before the music all comes back in at full force. The band then named the following song, “A Sad Cartoon (Reprise).” The synth here sounds a bit happier and more optimistic before quickly settling back into its familiar somber theme. This just leaves the final track, “I Let It In and It Took Everything.” It starts with some nice, spacey distorted guitar. The vocals that come on top build up with the music. There is perhaps one of the heaviest, most distorted riffs on the whole album and it peels your skin off. It closes out by having the vocals take the lead with the drums underneath and the guitar in the background. The vocals hauntingly cry out as the music seems to build up. Then it all stops and there’s just silence.

The band keeps getting a lot of comparisons to the Deftones. While at times they may sound similar, they still have their own sound and atmosphere. You wouldn’t be able to prank your friend by playing a Loathe song and telling him it’s a Deftones song. The thing about this album that really impresses me is how well they do both soft and heavy stuff. It’s almost effortless how they can jump back and forth between the two. This band could give Faith No More a run for their money on melding the soft and the heavy.

Loathe keeps on getting labelled as “the future of metalcore.” That’s a bit of a ridiculous statement. But they are certainly a band that could be big regardless. They have all the characteristics and qualities of a great band and they’re proving early on that they can go with the best of them. This album is really one of a kind and there’s a little something for just about everyone on here. This is a masterfully crafted album that understands the importance of atmosphere. This band makes whatever kinds of songs they want to, and it works for them. At the end of the day, they can tie it all together with the atmosphere. They’ve set the bar high for the rest of the album releases this year. In the following years, the smart thing to do is to keep your eyes and ears on Loathe.