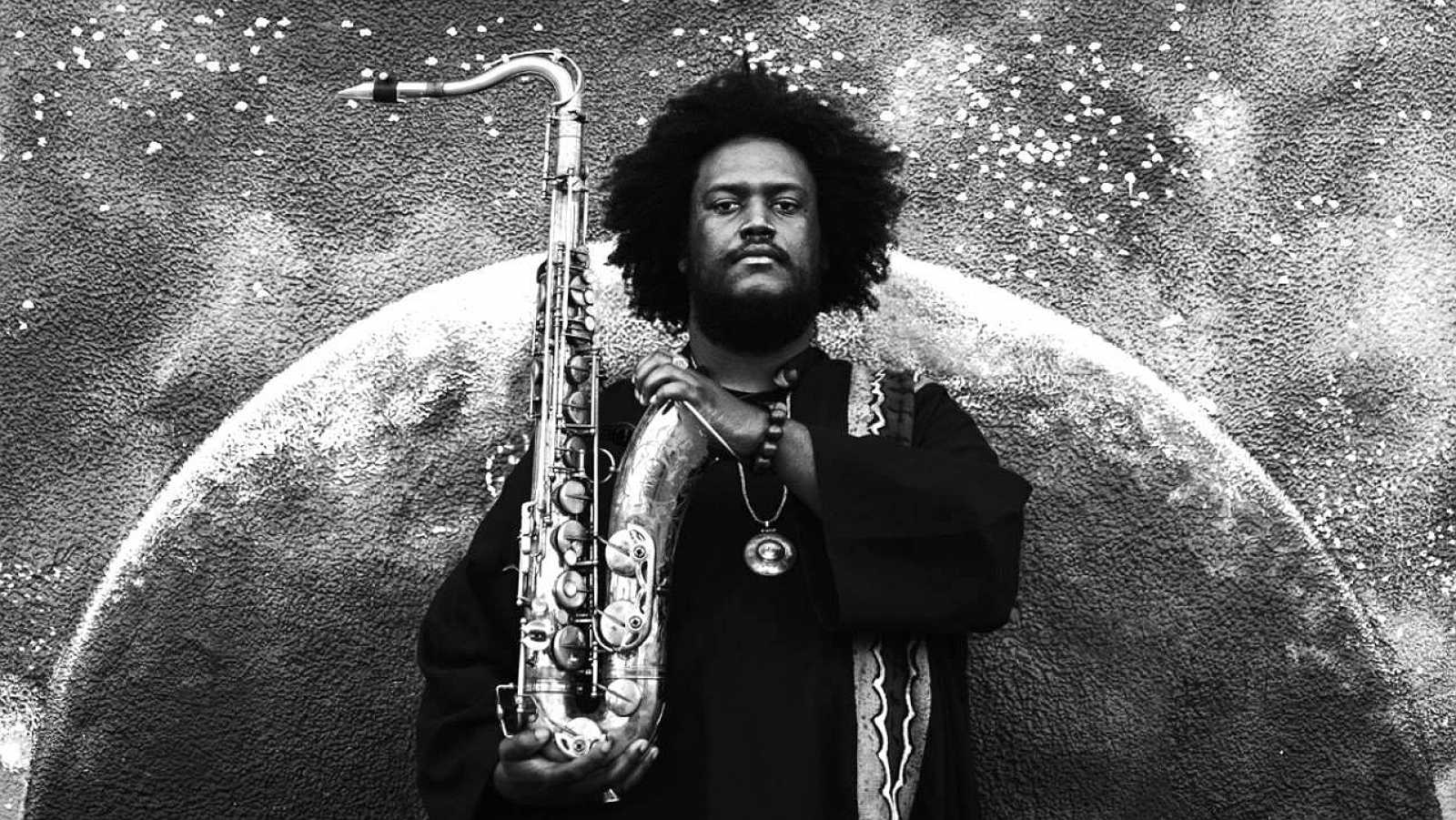 There’s nothing quite like live.  This past Monday, just a few minutes after 10:00 pm, the massive Kamasi Washington took the stage at Big Night Live and brought with him a presence and command that resonated from his aura alone.  Washington has one of the best resumes of any young saxophone player out there, having played with the likes of Wayne Shorter, Herbie Hancock, Thundercat, George Duke, and Kendrick Lamar just to name a few, and the eclectic nature of his musical upbringing was on full display on Monday.

Speaking of influences, one of my favorite things to do at this particular concert was to try to hear where this band was coming from.  Jazz comes to mind at first, the decently big electric band that Washington leads is very reminiscent of the jazz fusion groups of the 70s like Weather Report and Return To Forever.  Where there is jazz fusion there are jazz roots, and judging from his sound Washington has listened to his fair share of Pharoah Sanders and John Coltrane. Perhaps the most interesting influence that can be clearly heard is that of video game music.  Two songs directly reference fighting games (“Street Fighter Mas” and “Fists of Fury”) and their melodies fit the format of being fairly simple and catchy, but allowing for vast musical exploration and providing endless directions for the band to go. However, as intriguing as the video game influence is, what appealed to me the most was the gospel influence.  Very few jazz groups today have vocalists doubling the melody of the horn section, and just for that Washington’s band stands out. Especially considering the simple, repetitive melodies, the songs at time feel very much like chants, reminiscent not just of free jazz artists like Pharaoh Sanders but of gospel music as well.

At one point vocalist Patrice Quinn repeated a phrase that stuck with me: “Our time as victims is over.  We will no longer ask for justice, instead we will take our retribution.” This wasn’t sung it was spoken, almost like a Gil Scott Heron rap, and the simple bluntness of the words stayed with me as I imagine it stayed with the rest of the audience.  The same can be said for the melodies that on paper may seem too repetitive but in practice dig into the audience a bit more with each measure.

My favorite part of the concert, though, was undoubtedly when Washington’s father, Rickey Washington, came onstage and played some sweet flute and soprano saxophone.  That right there was the passing of the torch, the understanding that the aging Blue Note and jazz fusion generation of players cannot hold the line any more and that it is up to young artists like Kamasi Washington to remind the world that jazz is everywhere and jazz is everything. Listen to Kamasi.