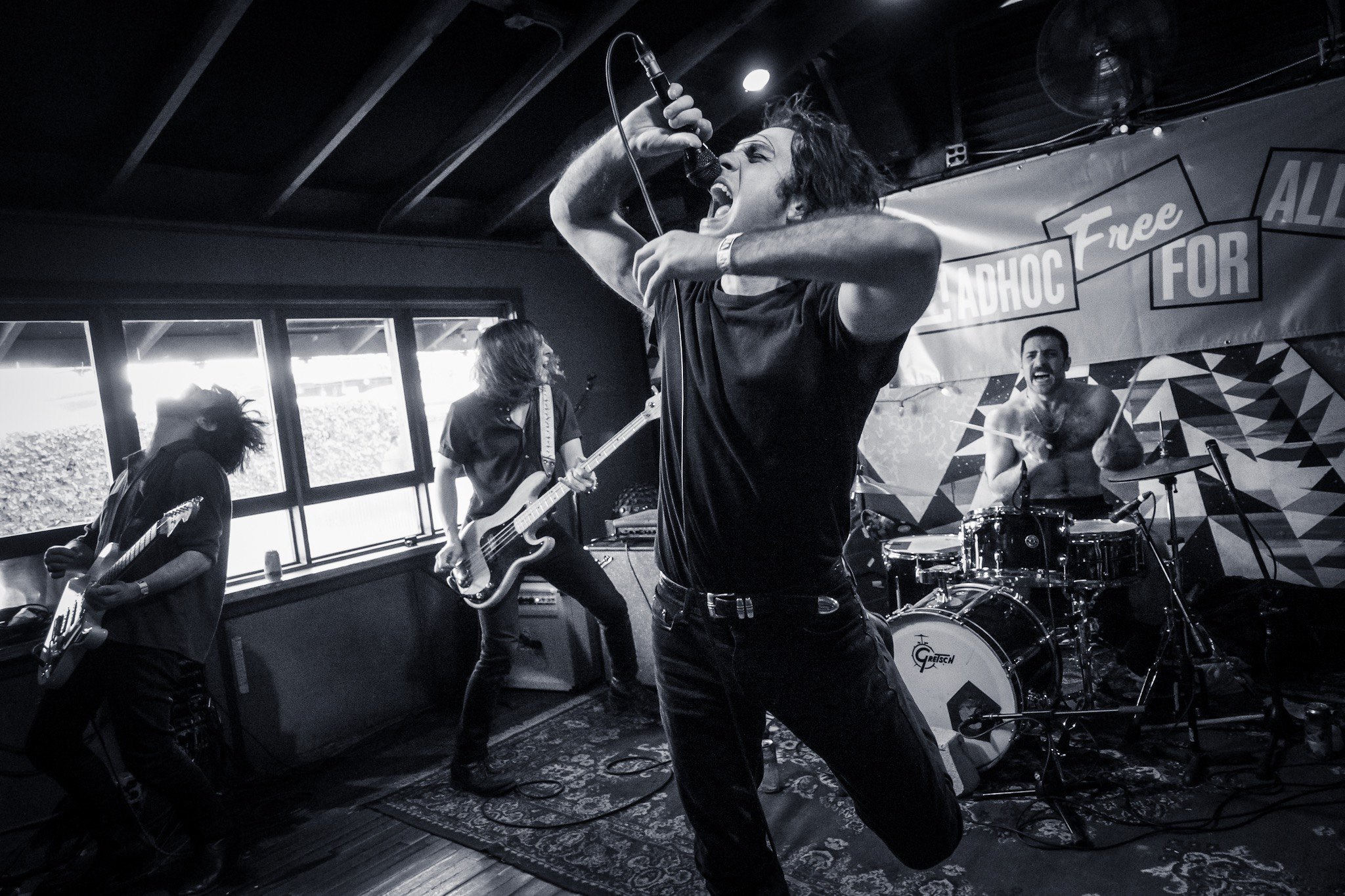 Sometimes, I’m too pretentious. Probably all the time, honestly. I’m opening with that because, to tell the truth, I wasn’t totally on board with Bambara’s newest album, Stray, which came out earlier this month. It’s cool, and worth checking out, but personally it’s just the sort of album that shows its cards too much in terms of the sounds its based off of. Like, Iggy Pop and Nick Cave are really cool, and it’s cool that Bambara is so influenced by them, but they stray so far into just being a copy of their inspirations rather than really playing off of them; why not just listen to the originals in the first place? But the more important point is, when you’re at Great Scott and Bambara is right in front of you playing in their doom & gloom graveyard-esque way, it’s really, really hard to care.

Some bands are just better live. For one, just listening to the album hides the fact that this band’s huge sound comes from only three guys: twins Reid (vocals & guitar) & Blaze Bateh (drums) and William Brookshire (bass). When they slow down on tracks like closer “Stay Cruel” the trio is able to create something truly hypnotic, heavy-hitting goth rock dirges that build into roaring finales. Lyrically, the band is way more literarily minded than your average punk band (they even namedrop Flannery O’Conner in the Bandcamp description of the album), and seeing the band’s poetic, death-obsessed lyrics belted by Reid in the real just makes them hit that much harder. Case in point: the climactic chant-like seance outro of “Death Croons” where the frontman particularly seems like the incarnation of death himself, and which also gets one of the biggest responses of the crowd that night.

But even though the slower tracks are great, it’s undeniable that the reason everyone is here is for other moments, when the band is at their fastest and loudest, other tracks like lead single “Serafina”: absolutely the star of the show. Coming towards the end of their set, the second-to-last song, which is unstoppable even on the album proper, transforms live into something nigh unholy. Reid absolutely loses himself in the chorus on both vocals and guitar. The other Reid brother & Brookshire hold down the beat at brutal pace; its chaotic, and its unquestionably Bambara at their peak.

Also absolutely worth mentioning is opener Kal Marks. They’ve actually been around for over a decade in local DIY scenes, and their EP from last year “Let the Shit House Burn Down” was a huge step-up for them, so if things keep going in that direction they’re sure to be able to be headlining tours of their own soon enough. They’re hyper-raging strung-out post-hardcore was the prefect down-to-earth prelude for Bambara’s cemetery blues, and it kicked off a night that definitely went to remind me that, in the end, it really doesn’t matter how much a band sounds like Iggy Pop. Iggy Pop was great. Bambara is great. Rock lives on.