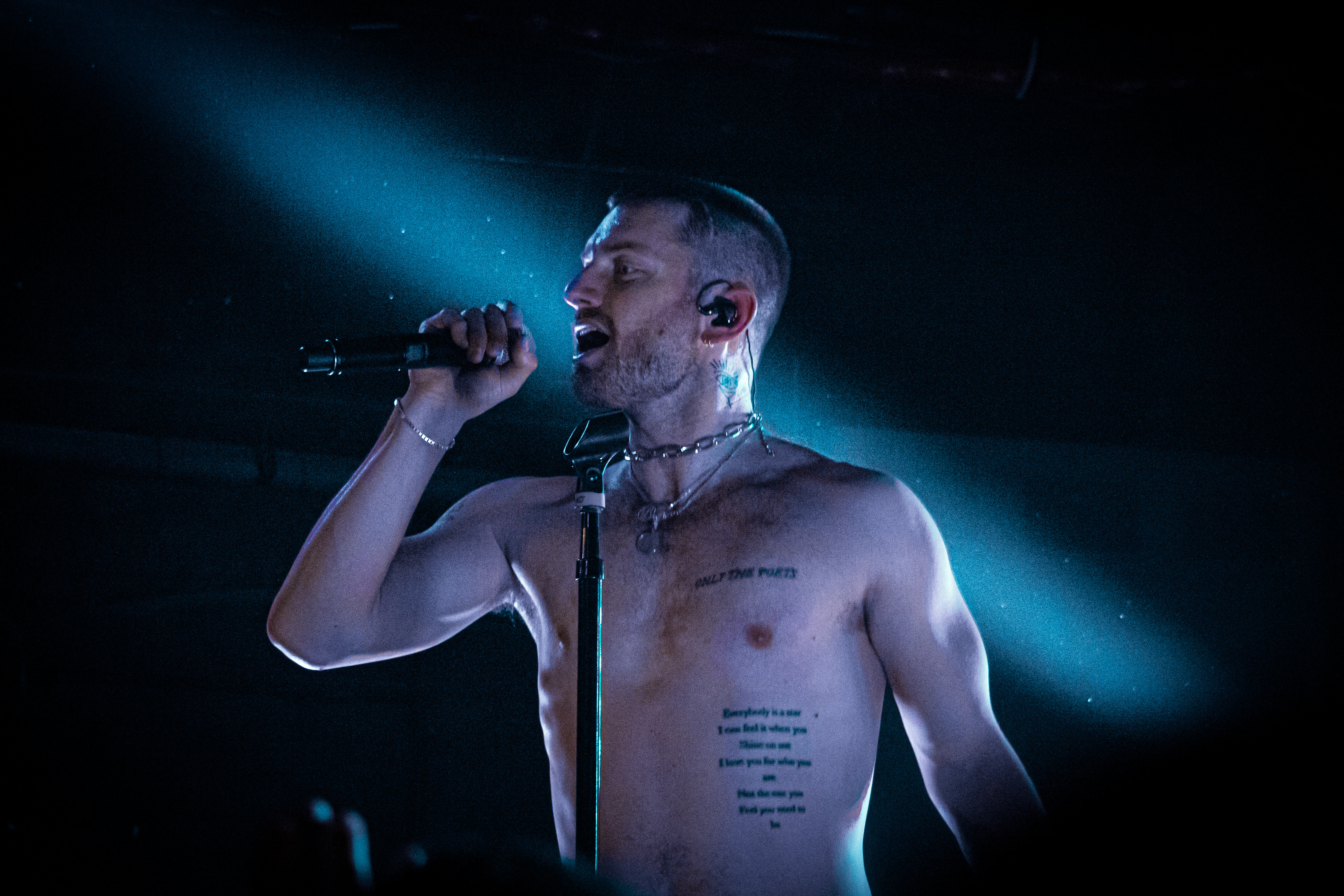 Marc E. Bassy was nearly out-sung by fans at his Brighton Music Hall concert on February 23.  His sold out “PMD Tour” stop in Boston made for a fun and crazy Sunday night.

Openers gianni & kyle warmed up an enthusiastic crowd with hits such as “pop a pill” and “do you even miss me at all?” They also encouraged the crowd to take and tag them is as many pictures as possible, saying they’d respond to every single fan in the venue that night.

After, Marc E. Bassy, whose real name is Marc Griffin, appeared alongside his guitarist, his drummer, and a huge LED dripping smiley face, just like the one featured on his merch. The singer wore a tie-dye Eagles shirt with pin-striped ripped jeans and black high-top converse. However, contrary to many of his recent Instagram posts, his pink hair had been shaved off. The San Fransisco native opened his concert with “Supply” off of his 2018 EP Postmodern Depression.

After “Supply” he went right into “Same As” which received huge cheers, especially when he knelt down, singing on the stage floor right in front of fans. The smiley face behind him began to change colors from white to red to yellow as he went into his third song of the night, “Simma”.

Only three songs in and it was clearly evident that the concert was for the fans, as much as it was for Marc. He has developed a type of intensely loyal, supportive, and diverse fanbase, especially within the Boston area.

“Boston, we are gonna have the best night on this tour,” Marc spoke out to the crowd. “When you come to my show, I want you to feel very free. I want you to have a crazy story.”

Hands and phones periodically went up, either dancing along or recording Marc in action. He obviously put time into intense rehearsals, but it’s still impressive to see someone rap, sing, and jump around for songs back to back to back and not get winded.

Before playing “NASCAR”, he explained the inspiration behind the song. “I used to, like, with my mom and her two sisters and they’d always play this song called Fast Car by Tracy Chapman…so for [PMD] I decided to make my own version of this beautiful song.”

Marc decided to go shirtless after “Save Me,” which prompted another round of loud screams. He sat down at the keyboard next to the drum set and began to play a prolonged intro into “Dirty Water”.

A few songs later, he announced “this is the first song that got me out there” before launching into “You & Me”. Fans took the lead, practically singing the entire song to Marc as he held the microphone out into the crowd.

While “You & Me” seemed like the biggest moment of the show, Marc surprised every single concert goer. While there are several signs up against moshing and stage diving, Marc jumped from the middle of the stage into the crowd, not skipping a beat as he sang “Just My Luck.”

Was his security team worried? Yes. Did his photographer lean a monopod with a go-pro over the crowd to record the moment? Yes. Did is look like Marc broke the cord on tracking monitor? Also yes.

He closed the show off with “Die Hard” and went back stage. This seemed to be the only part where fans quieted down, as if they couldn’t believe the night was over. Of course, there were cheers for an encore, spurring the band and Marc to come back on and perform “Subway Car” and “Right Now,” the only song that seemed to use a backing track.

And don’t worry, as of this morning, you can see the go-pro video of Marc in the crowd on his Instagram @marcebassy. 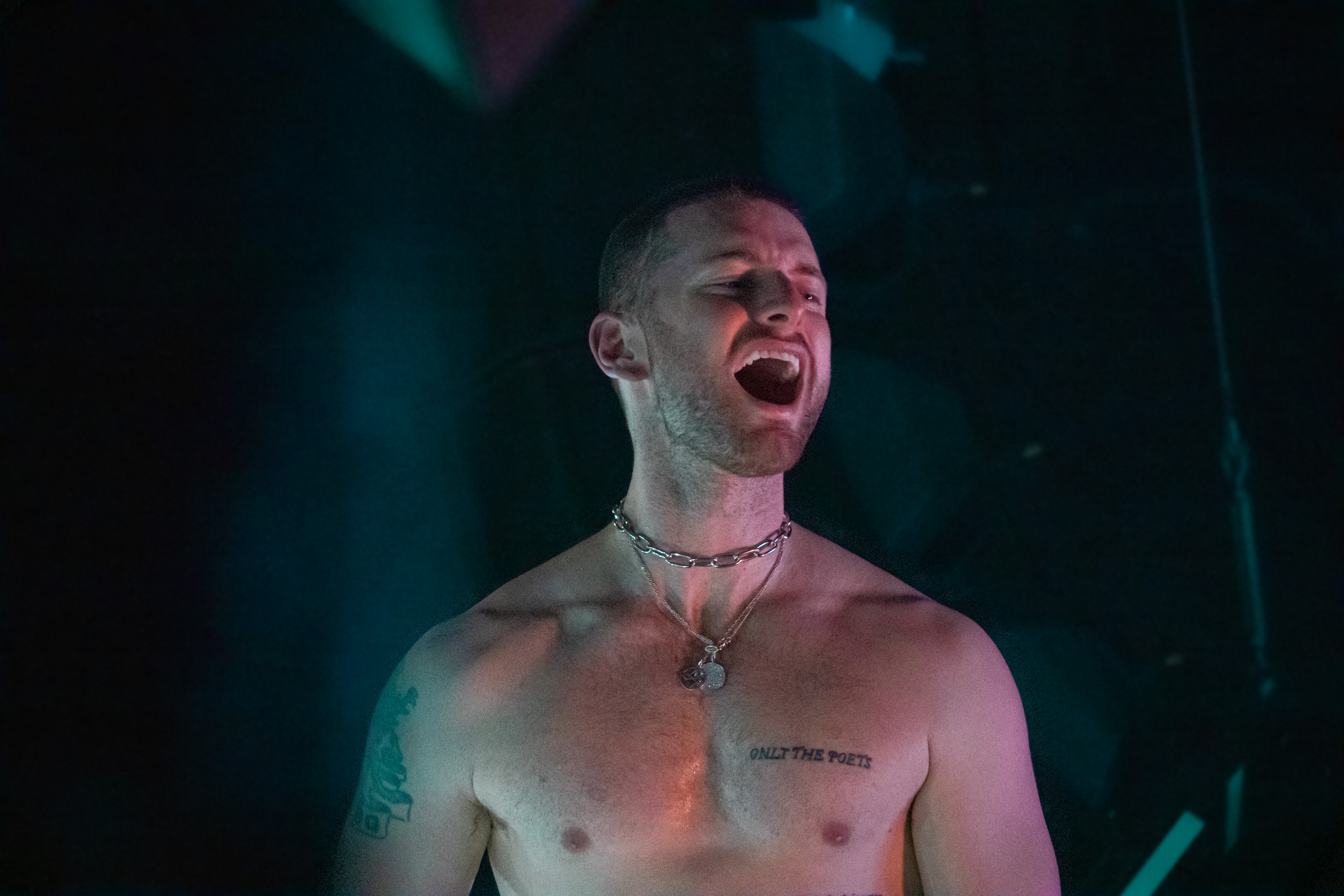 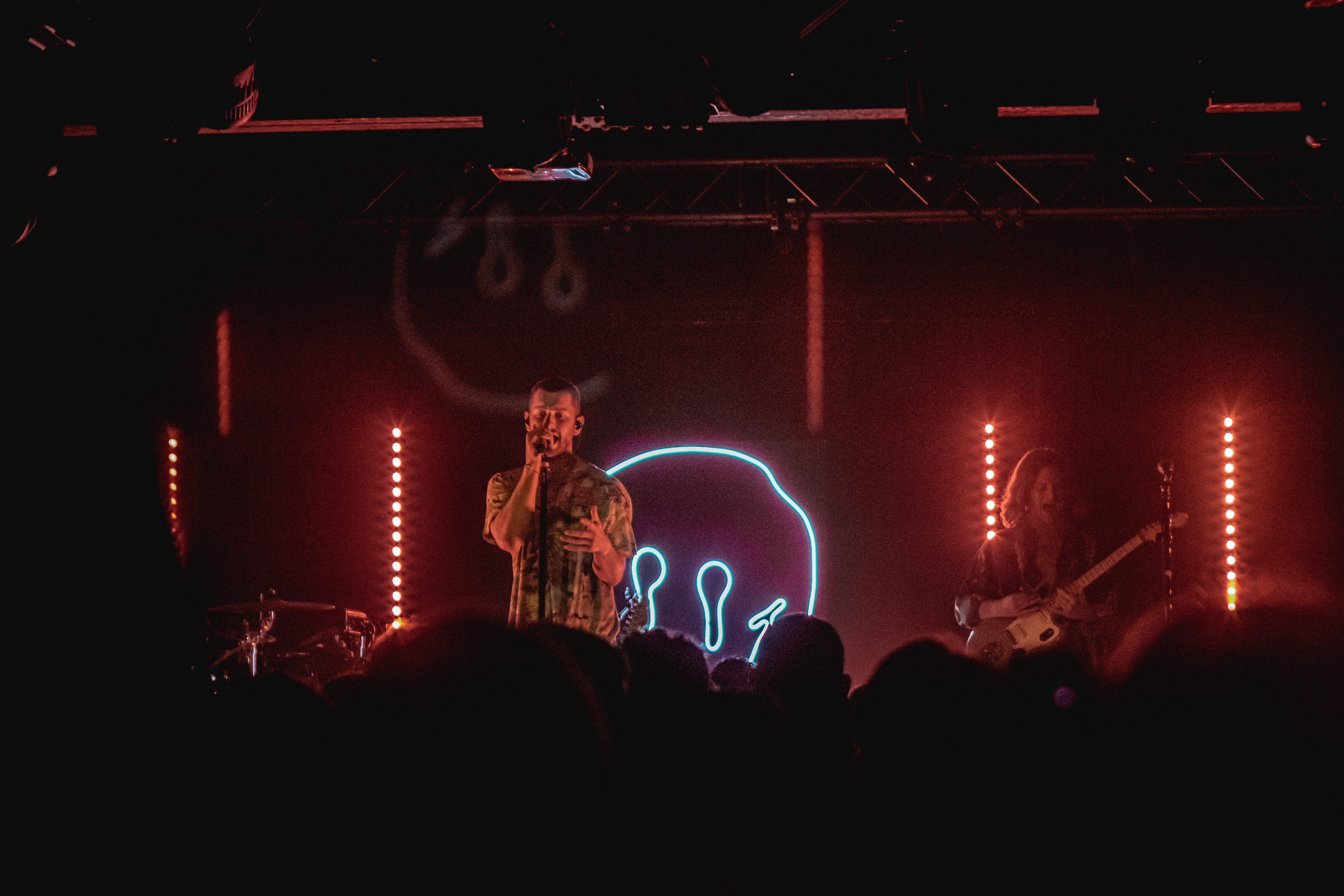 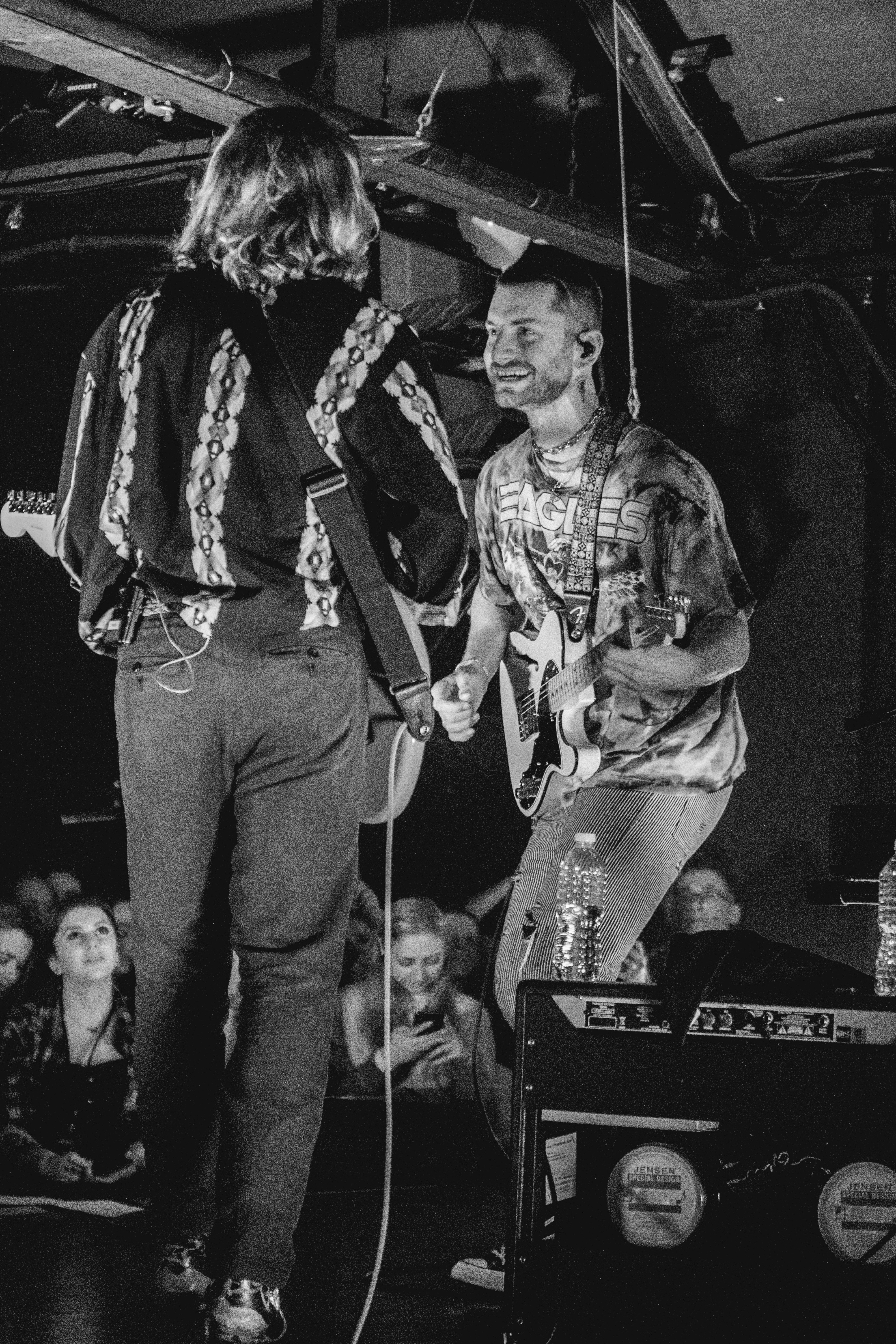 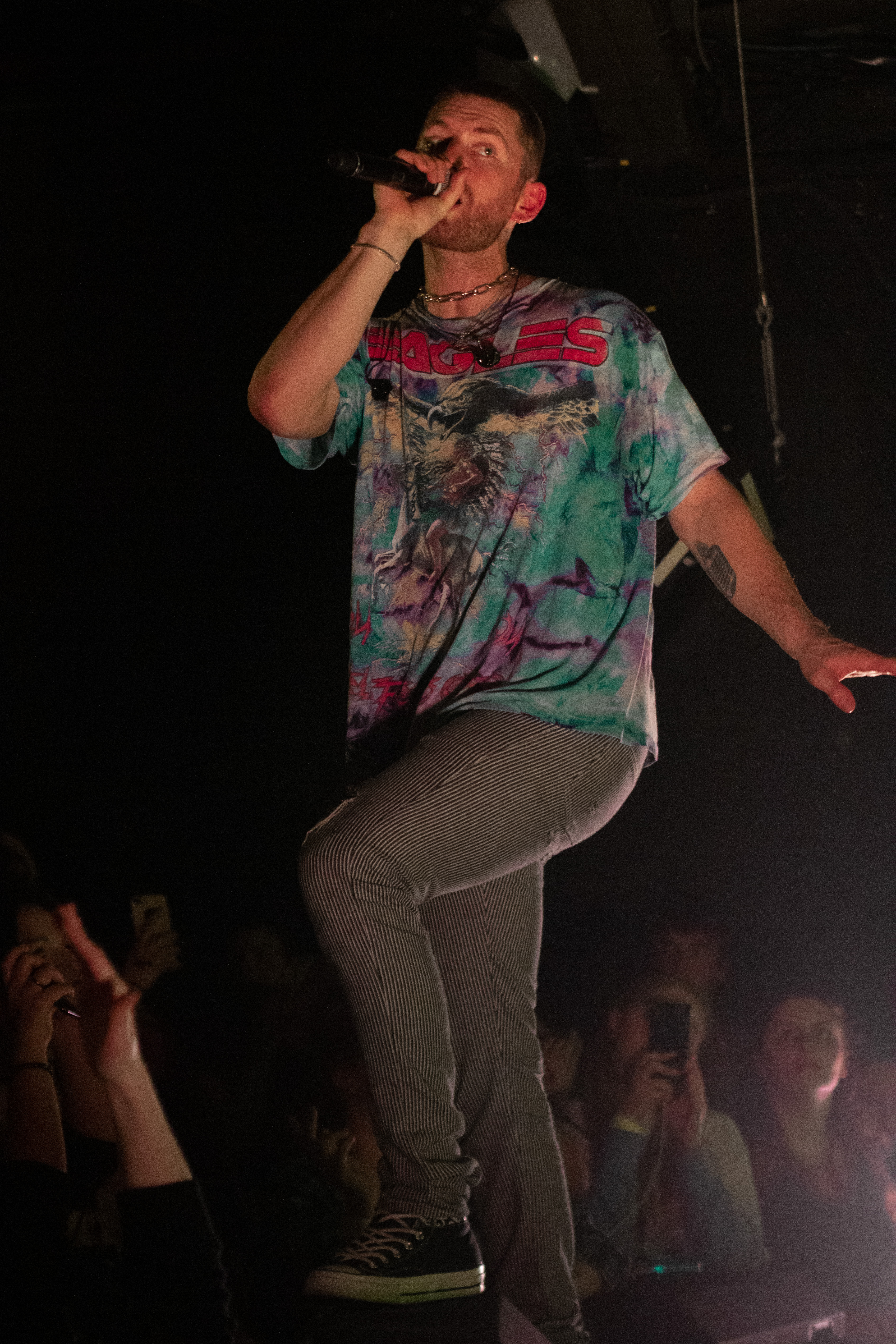 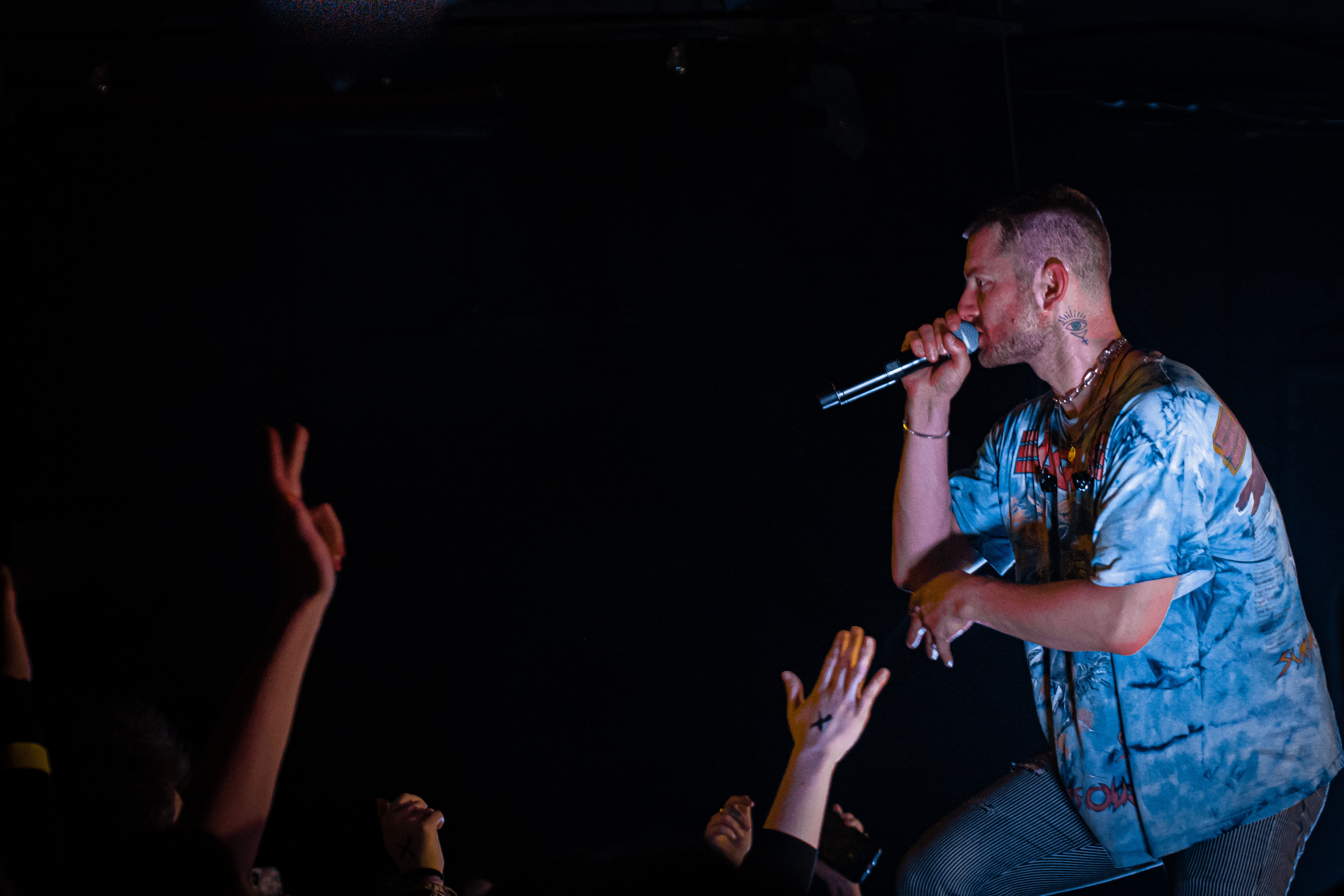 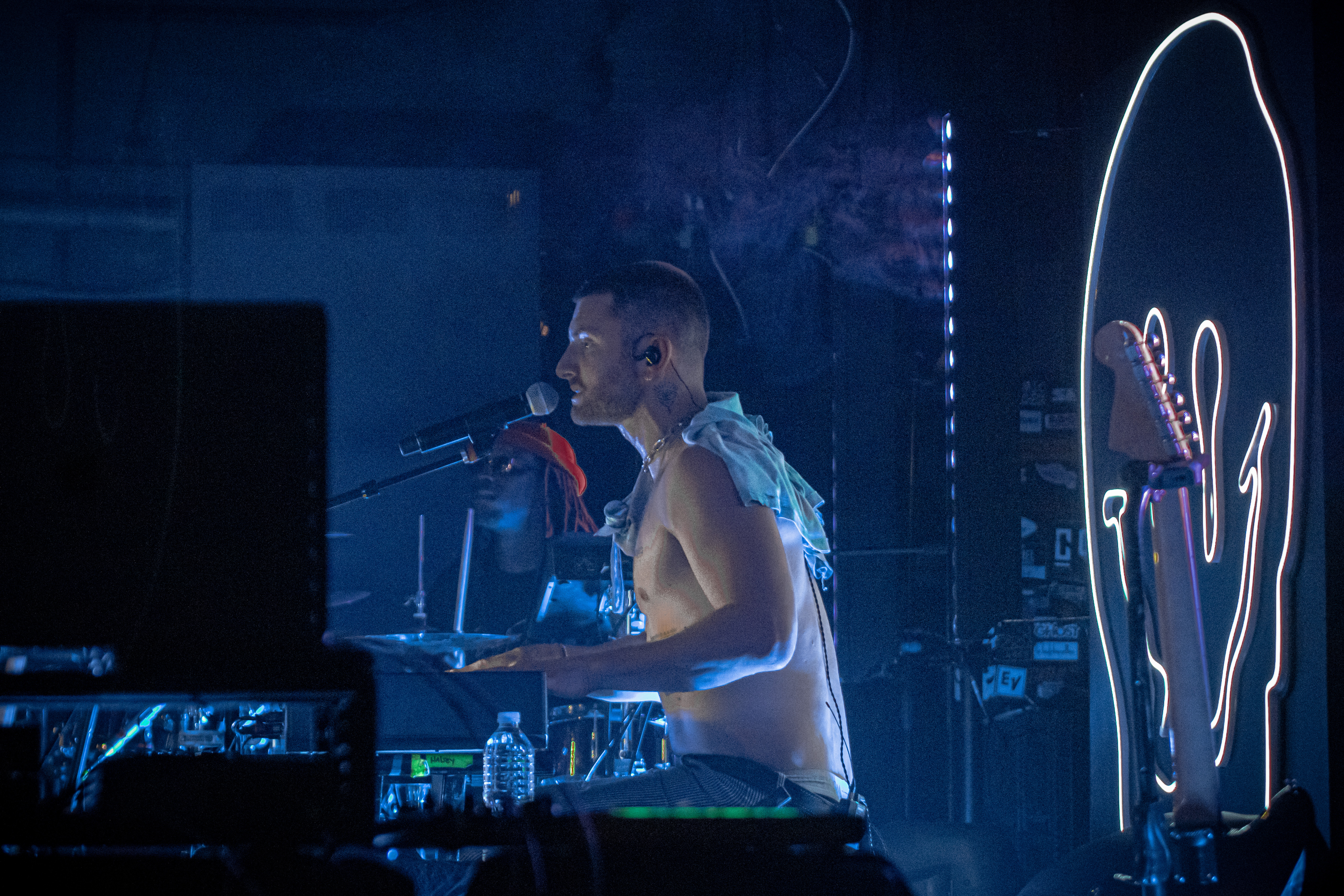 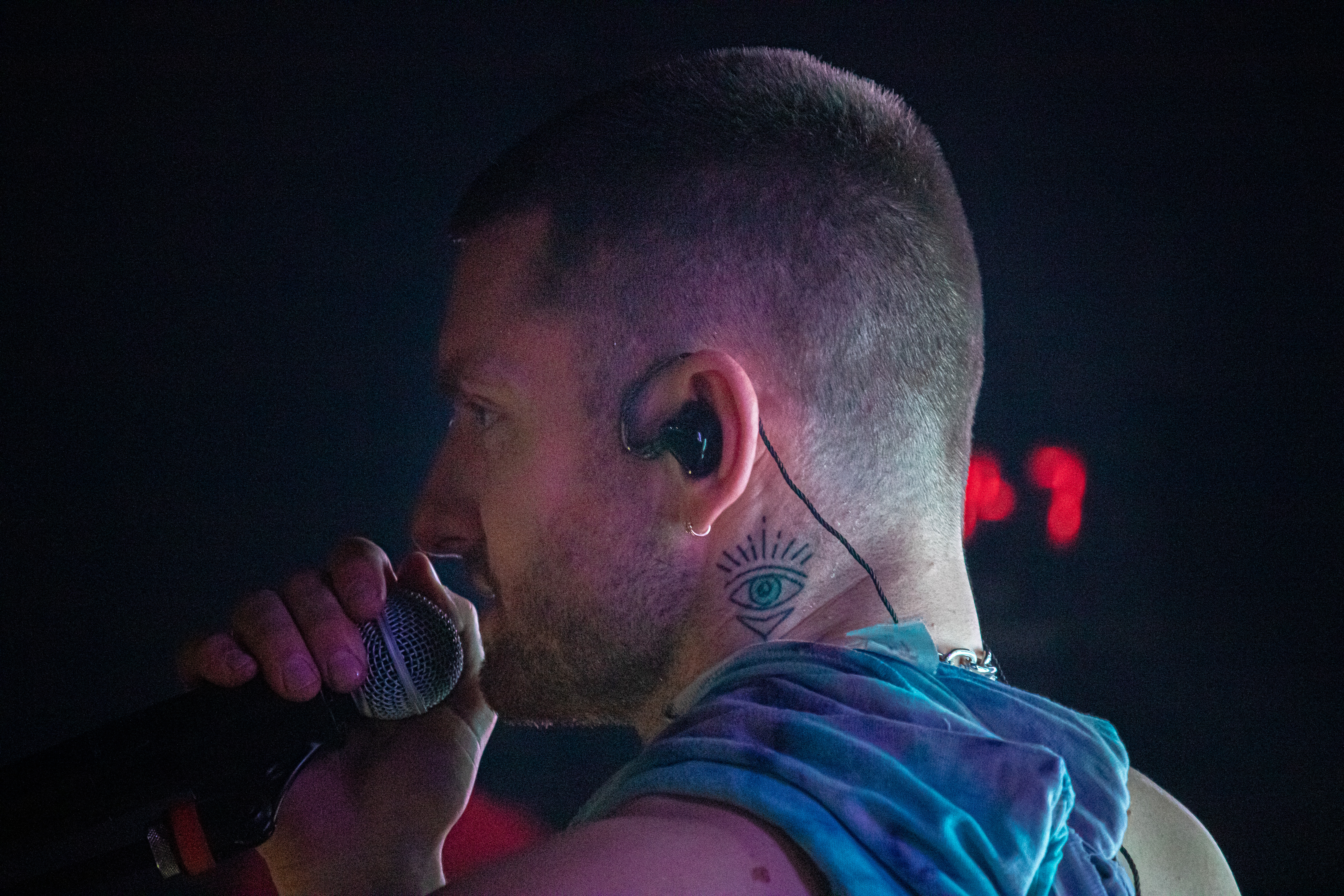 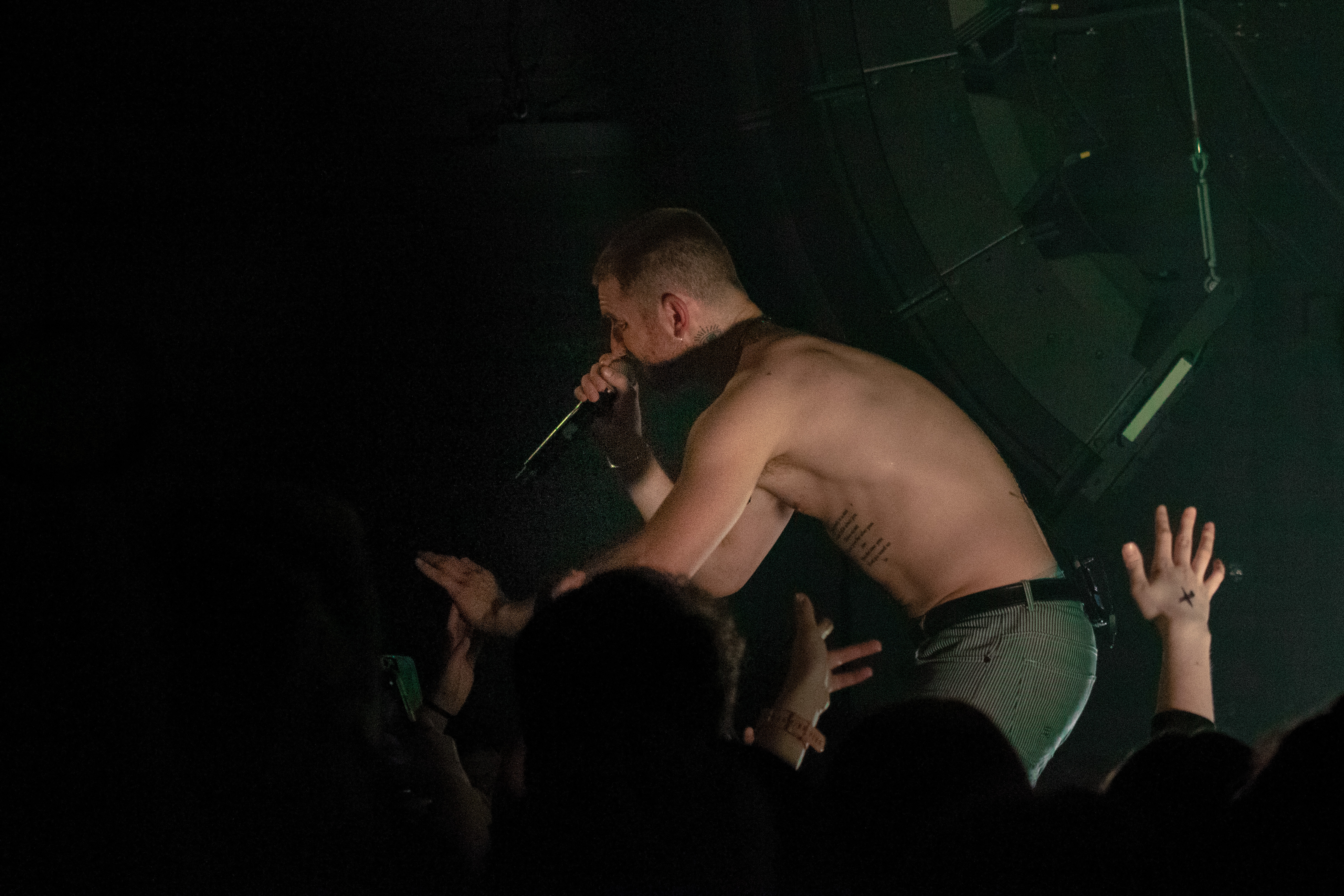 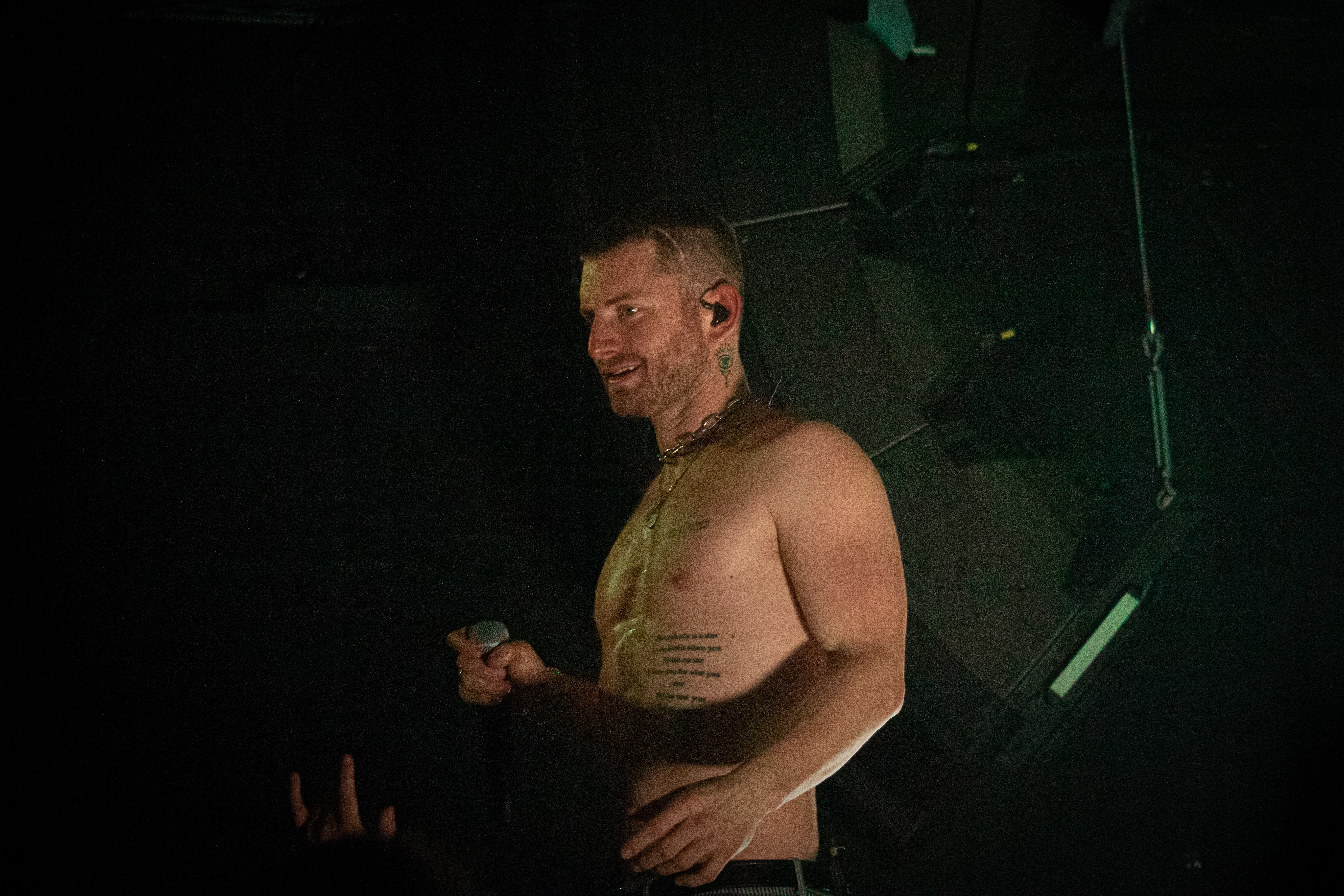 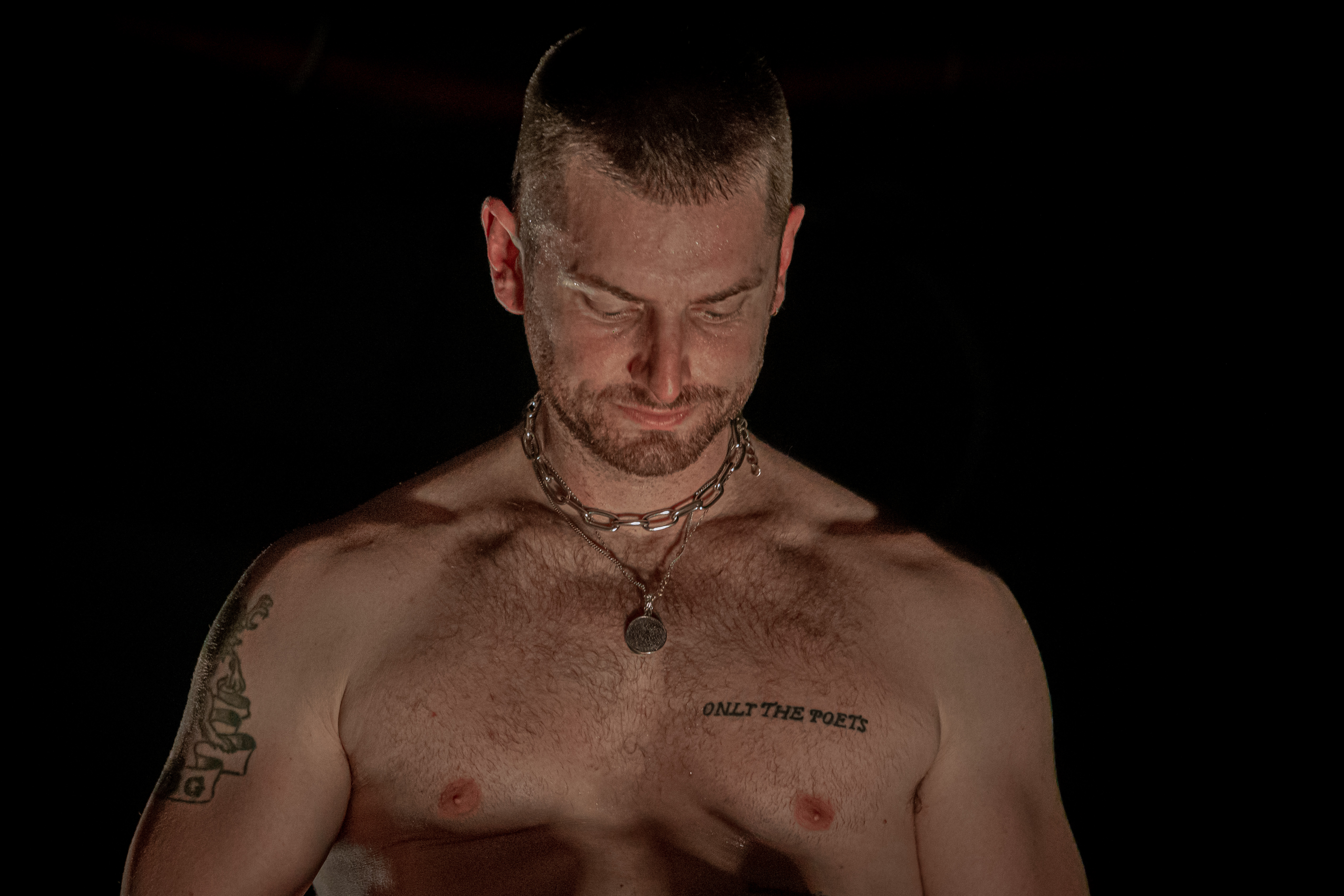 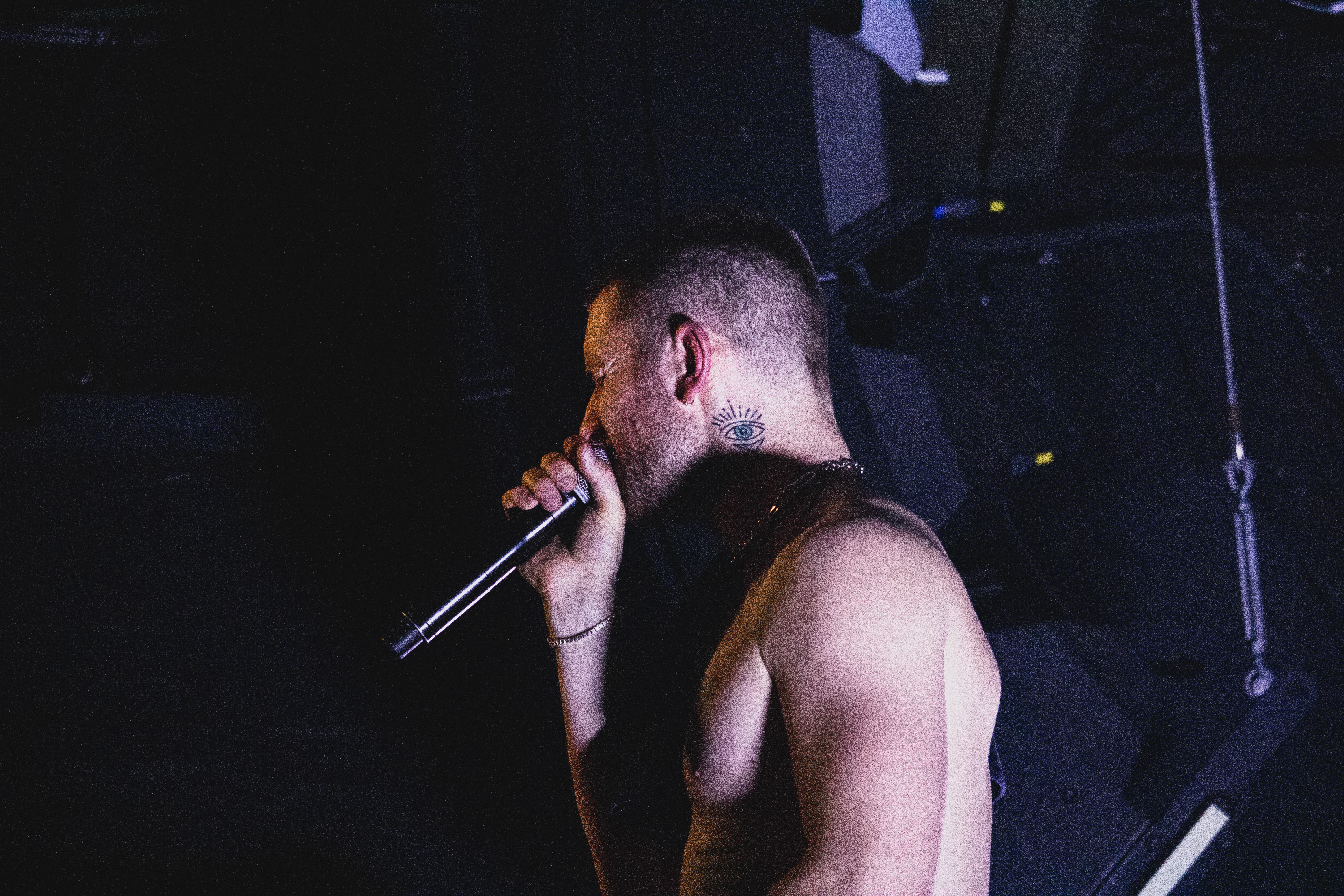