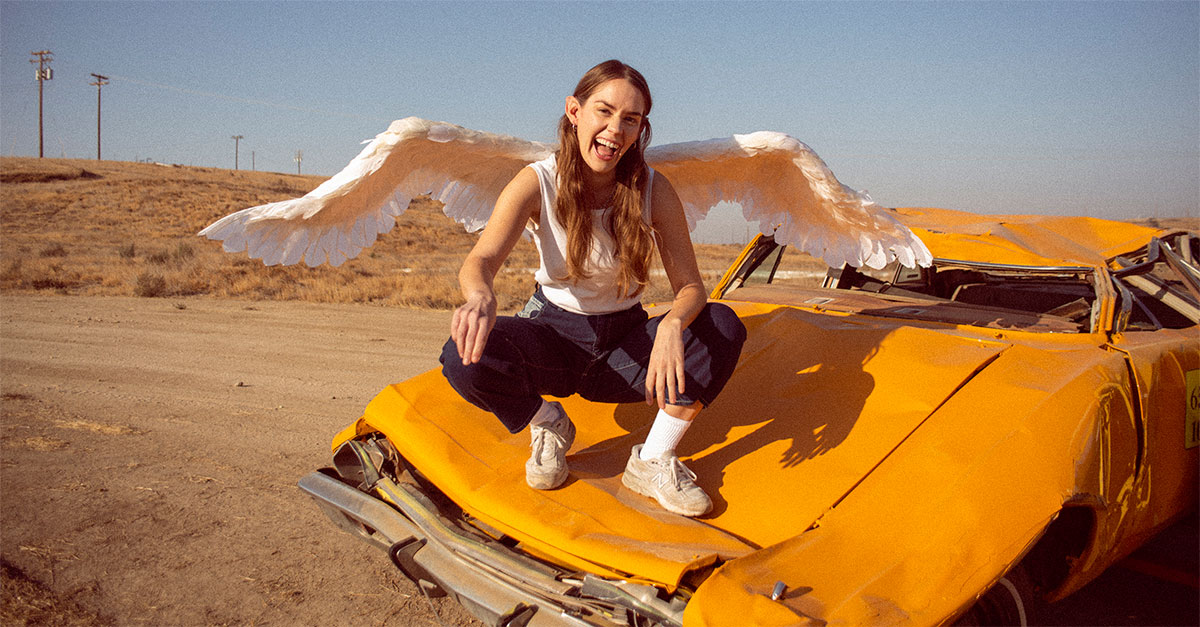 I strongly believe the couple that stood next to me during Anna of the North’s concert on February 22 screamed louder than anyone else in Brighton Music Hall when the singer came on stage.

Anna of the North, whose real name is Anna Lotterud, is an Oslo-based Norwegian singer-songwriter. Her music, which seems to be simultaneously soft and electric, brought out a very enthusiastic and engaged crowd on her latest North America tour.

Opener Dizzy Fae said she was very excited to be back in Boston. She last played Brighton Music Hall when she opened for Lizzo in 2018, saying as so before playing “Gut Talk.” She also got a fan request to play “Booty 3000” throughout her set, and closed with said song.

“I’m gonna warm y’all up, I’m not playing around, Boston,” Dizzy Fae said all throughout her set. With her amazing dance moves (she literally did a death drop during one of Breon, her DJ’s, solos) and contagious energy, she did just that.

Anna of the North came out after having her guitar and synth player and her drummer play a bit of a prolonged beginning for “Lonely Life.” Cheers disrupted the sing-along to the start of the track as she finally appeared on stage dressed in white from head to toe, save for her black New Balance, dad-shoe-esque sneakers.

She immediately went into “Used To Be,” another fan favorite, but then again to a crowd that receptive, every song was a fan favorite. “It’s been a while, almost a year, but the energy is Boston is insane!” said Anna after introducing herself.

While she sounds great on the album, there’s something about Anna’s live sound that makes me wish what I streamed sounded like that. The mix of live instruments with the synth and her voice might’ve been the combination that made her electro-pop sound mix with the 80s soft rock genre.

Anna proved to be a talent that is growing into the spotlight given to her. She has a very charming girl-next-door persona while also showing the strength and resilience she needed to have when writing her music.

Before playing “Leaning On Myself,” she addressed the crowd saying “It’s my favorite song because I wrote it when I really needed it. It’s also great that my favorite song is a song I wrote.” The song, which opens with the lyrics “I’m drifting in the deep, tryna find a way home/Driving through the streets, nowhere I want to go,” is a self-love anthem that focuses on learning to grow through the pain of loneliness.

“Dream Girl,” the titular song off of her latest album, followed. This was one of the few moments in the concert where phones rose up to record for Instagram Stories and Snapchats. The rest of the time, everyone seemed to be more focused on Anna of the North than on recordings of her.

Near the end of the set, Anna said she wanted to do a tribute to Valentine’s Day since she claimed that “Valentines can be celebrated every day.” She covered “Nothing Compares 2 U” by Prince. And, don’t worry, the couple next to me took a break from cheering and singing along to make out for the duration of the song.

Before her encore, Anna had a bit with the crowd, saying she didn’t want to go all the way backstage to then come back out. Instead, she jumped off the stage and joined the crowd in yelling for “one more song” before jumping back up.

Her encore included “Lovers,” which was popularized by that hot tub scene in “To All the Boys I’ve Loved Before.” The concert ended with Cher’s “Believe” blasting from the speakers while Anna, Dizzy Fae, Breon, and their photographer Shamshawan Scott danced on stage before joining fans and dancing in the crowd. Like many up-and-coming artists, they then went to meet fans at the merch table and take pictures with them.