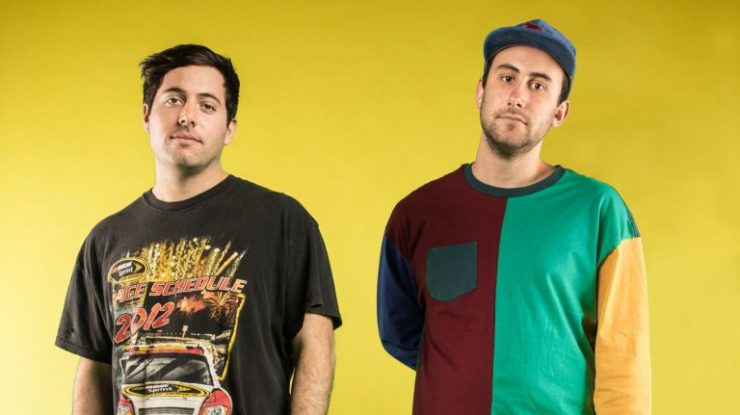 Two Friends took the stage at the House of Blues in Boston on Wednesday (2/5) and Thursday (2/6). Two Friends is made up of two talented American DJs, Eli Sones and Matthew Halper. The duo first gained popularity on Soundcloud for their hour-long “Big Bootie” remixes. They just released their 16th “Big Bootie” mix three months ago and are now on a 35-city US tour.

Energetic fans filled the venue and went wild when Two Friends came on stage. They started with their original song, “Emily” with over 11 million streams on Spotify. They went on to play a wide variety of music, sampling from popular DJs including NF, San Holo, David Guetta, and Martin Garrix. They, of course, put their own spins on each of these songs using creative transitions and added effects to keep the crowd’s energy up throughout the show.

Two Friends had endless energy that was complemented by an elaborately decorated stage that included blow up trees, flashy graphics, and a sign that read “Camp Superdope”. The duo continually interacted directly with the crowd by spraying water, throwing merch, and dancing along with them.

The music was upbeat and filled with heavy bass drops for the majority of the show. However, the duo slowed down the pace to give tribute to Avicii playing his song “Without You” and asking fans to turn on their flashlights. Minutes later they kept with the sentimental mood by showing a slideshow of pictures of Eli and Matthew together through their years of friendship and swaying with the crowd.

Toward the end of the show, Two Friends had their mothers appear live on Facetime behind them and thanked both their fans and their mothers for the constant support. The duo then continued jumping around the stage and singing along with fans for the remainder of their performance.

At the end of the show, Eli and Matthew took a picture with the crowd, expressed their extreme gratitude to everyone who came, and then jumped down into the front of the crowd to take pictures with fans.  Their energy throughout the show and sheer happiness sets them apart from other DJs. It is clear that Two Friends loves what they do. I would definitely recommend getting tickets to their show, it guarantees a wild night!

Two Friends is currently on tour. Tickets can be purchased here. You can listen to their newest Big Bootie Mix here.