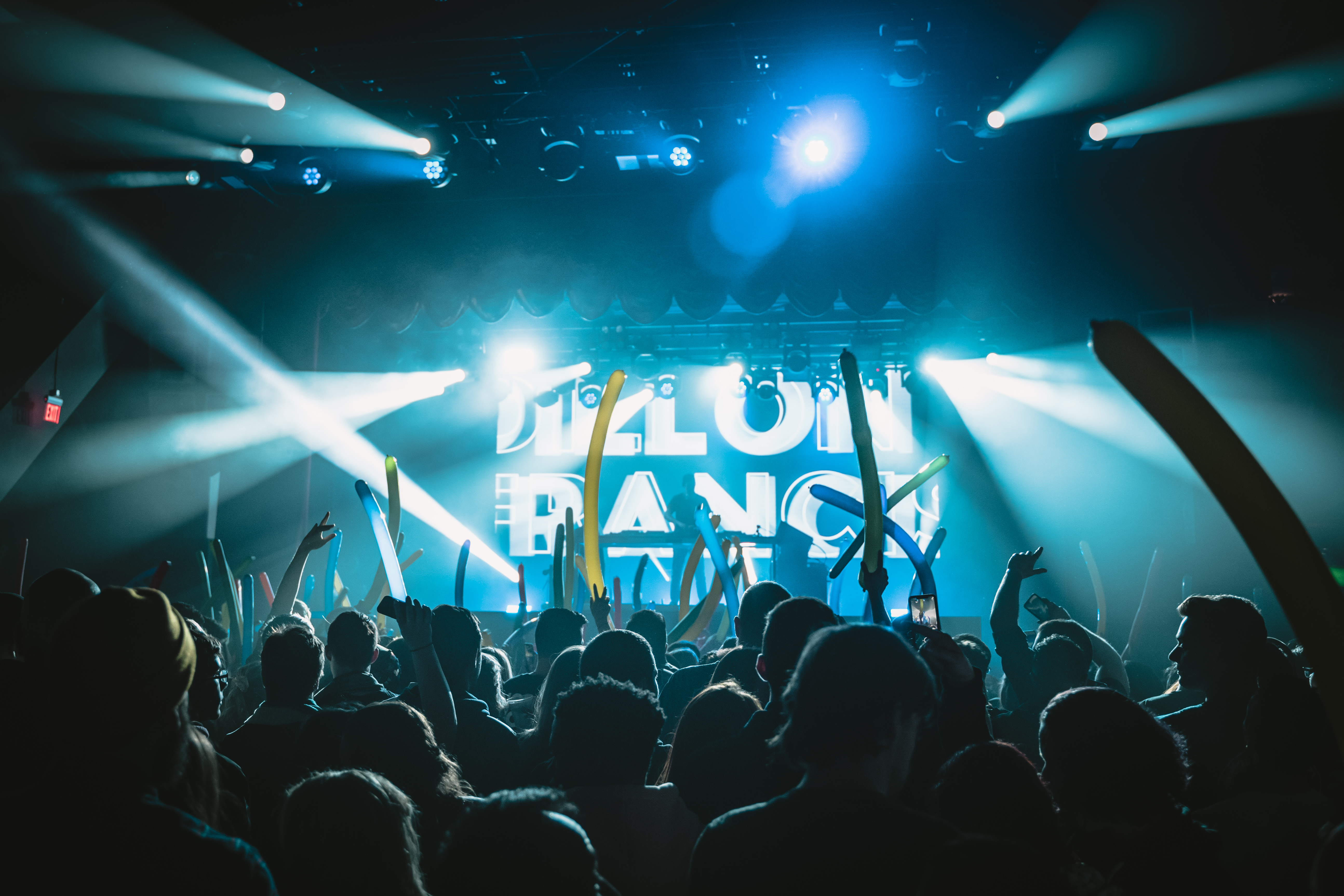 On Thursday, January 30th, Dillion Francis took the stage at Big Night Live in Boston. Hundreds of fans poured into the venue covered in glitter and dressed in eccentric colors.

Tripp Churchill and Collin Maguire, better known as Ship Wrek, took the stage early in the night to open up for Dillion. This duo had deep bass mixes and clever, up-beat, mash-ups. The music quickly engaged the crowd and brought great energy to the room. It’s no wonder Ship Wrek is gaining popularity so quickly!

When Dillon took the stage the crowd went wild! He played a wide variety of music, sampling from songs such as “Bohemian Rhapsody”, “Never Gonna Give You Up”, and “Dancing Queen”. He, of course, put his own spins on these songs which often lead to heavy beat drops and quick transitions into the next track.

Early on in his set, he played short samples of his most popular song “Get Low”, with over 132 million streams on Spotify. His fans responded by cheering and creating a mosh pit in front of the stage.

Dillon seemed to have endless energy as he was dancing and singing along with the crowd for the entirety of his set. His music was complemented by strobe lights and the periodic release of confetti and fog into the crowd. The flashing neon lights displayed behind him added to the chaotic yet positive energy of the show.

He finished off his set with more of his hits including “Coming Over” and a full version of “Get Low”. While the energy from both Dillon Francis and the crowd was high the entire time, when the DJ played his most popular songs, the crowd’s energy spiked as they loudly sang along. Confetti filled the air once again before the DJs left the stage for the night.

It is clear that Dillon is extremely talented and loves what he does. His interaction with his fans and energy to match the crowd allows him to stand out above other DJs. I would definitely recommend getting tickets to his show, it guarantees a fun-filled night! 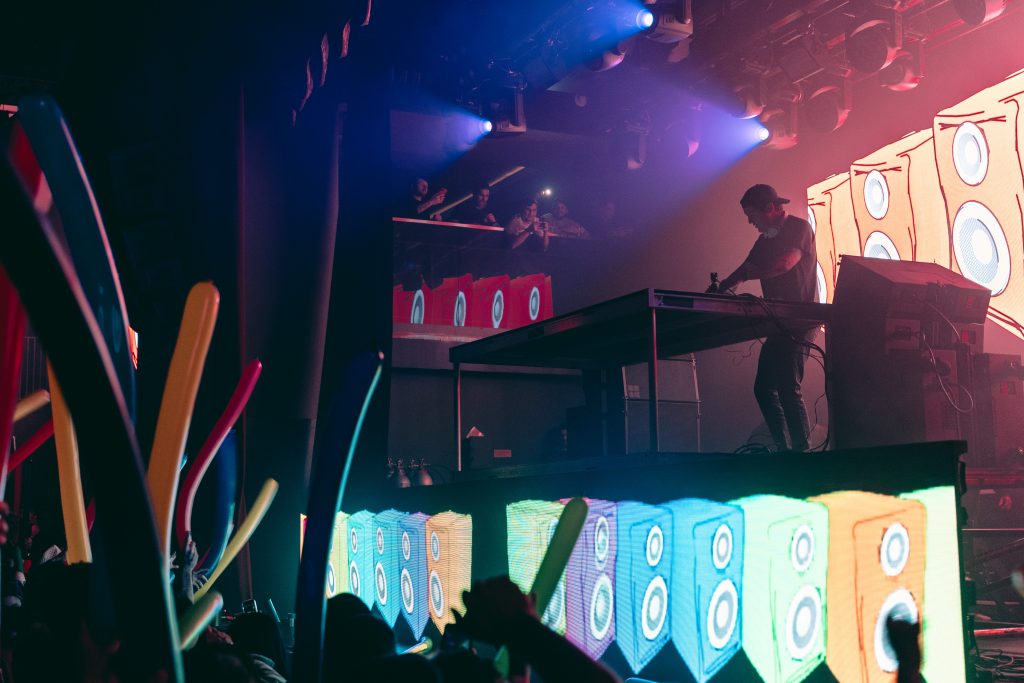 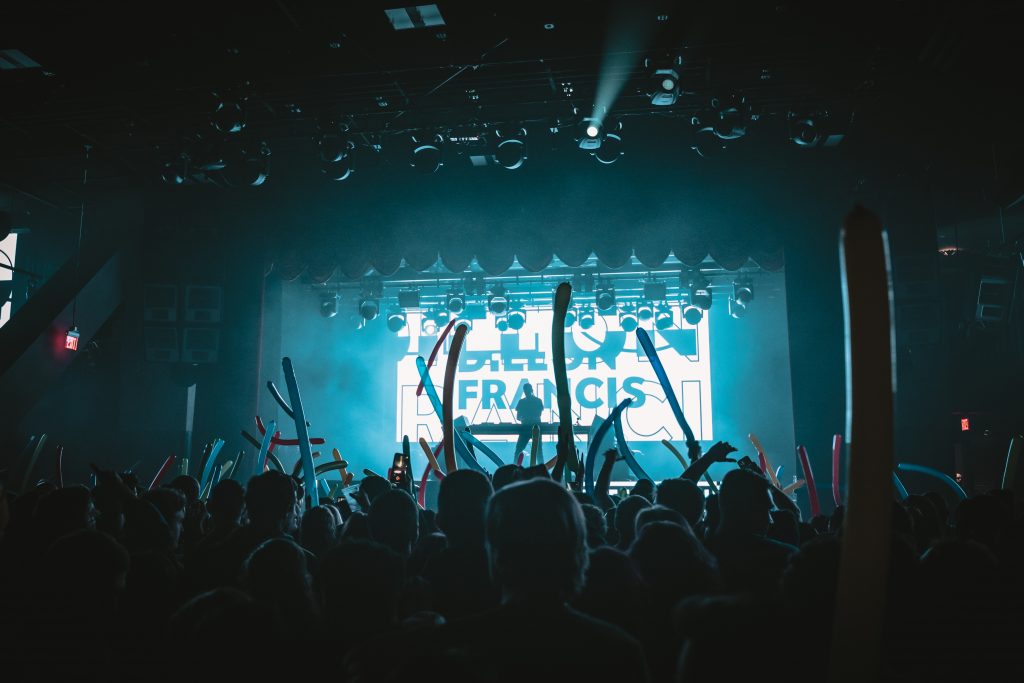 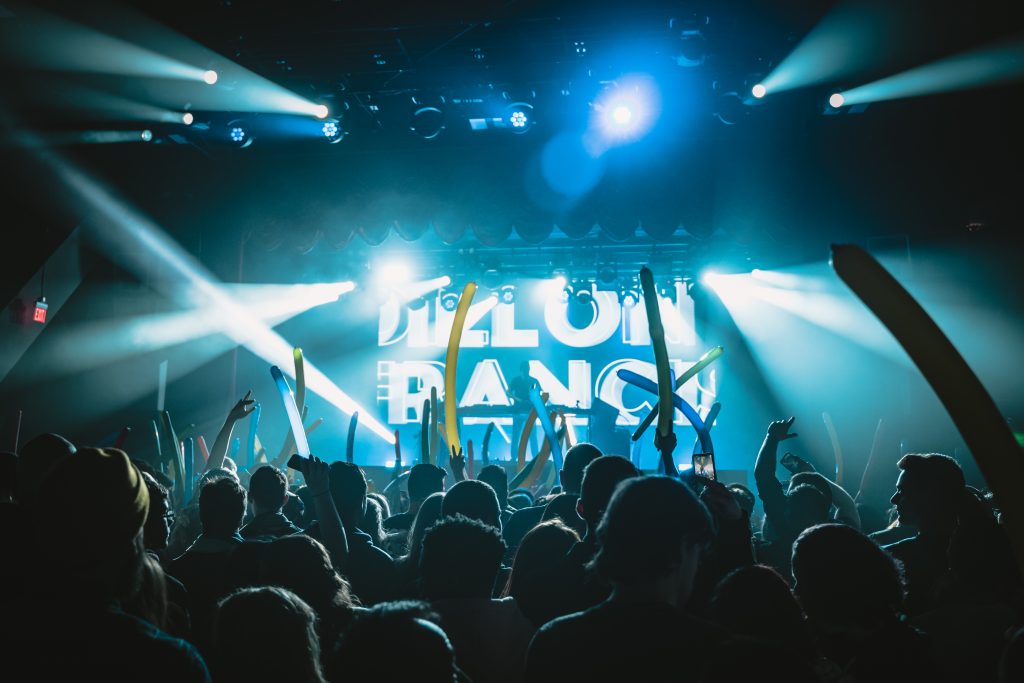 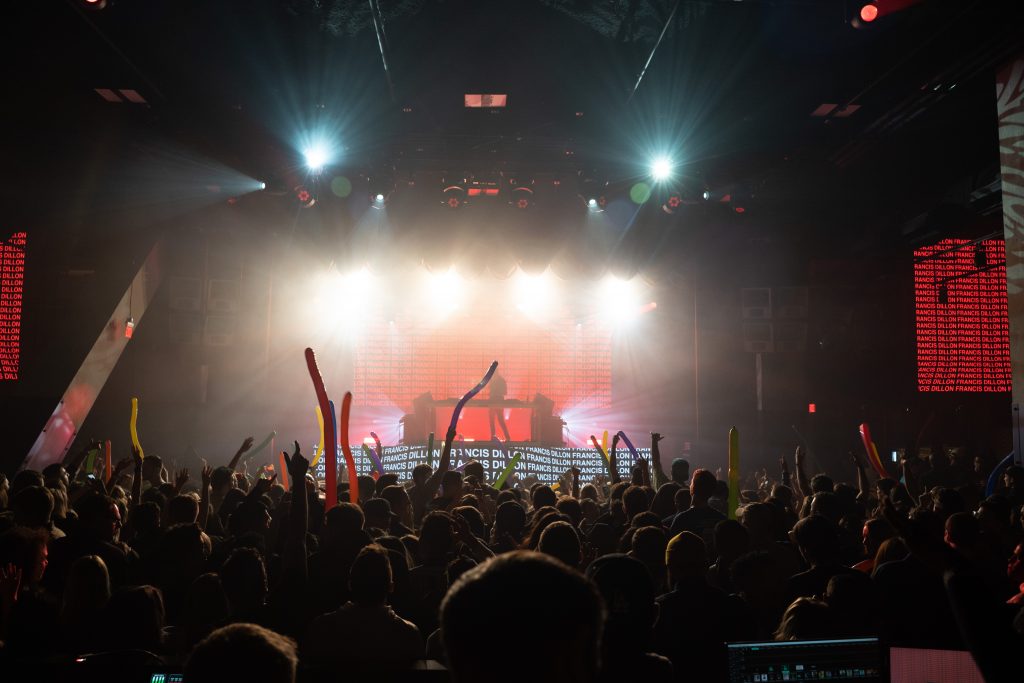 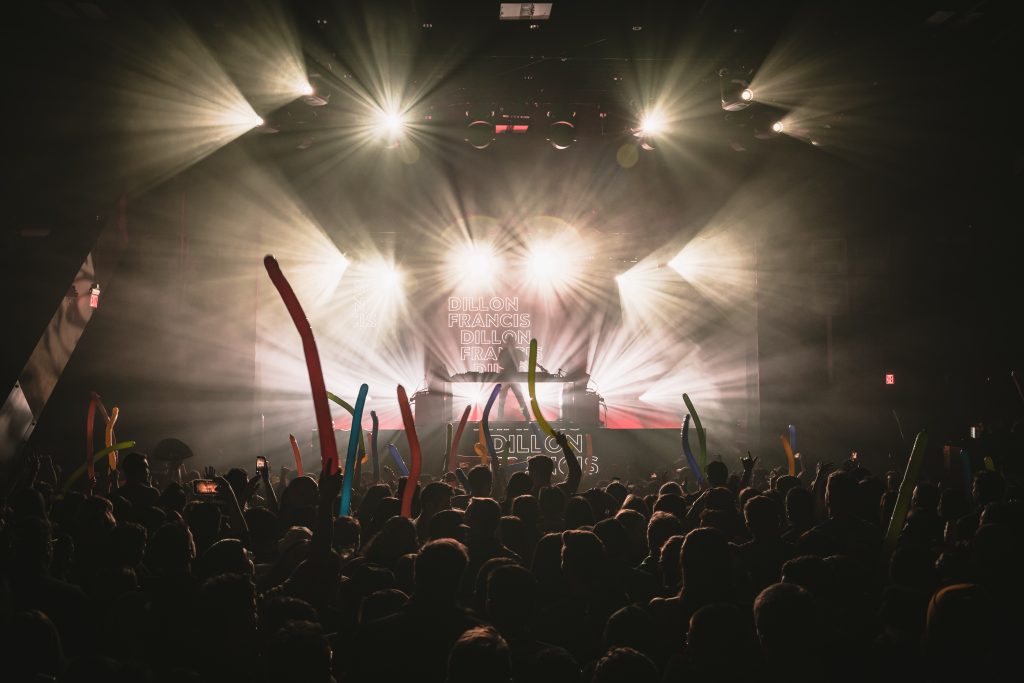 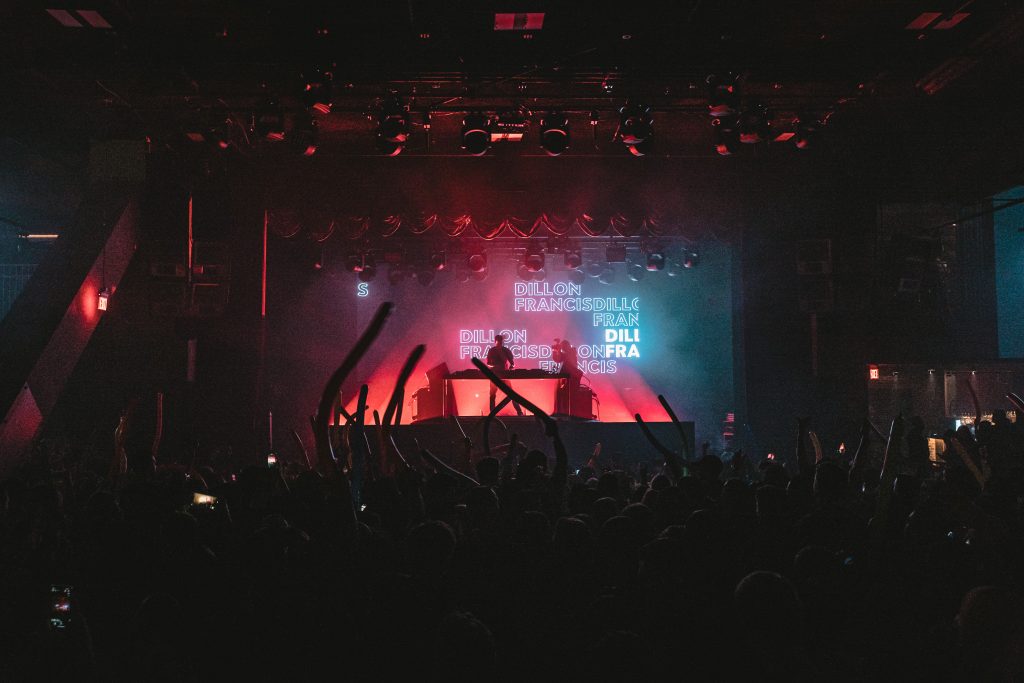 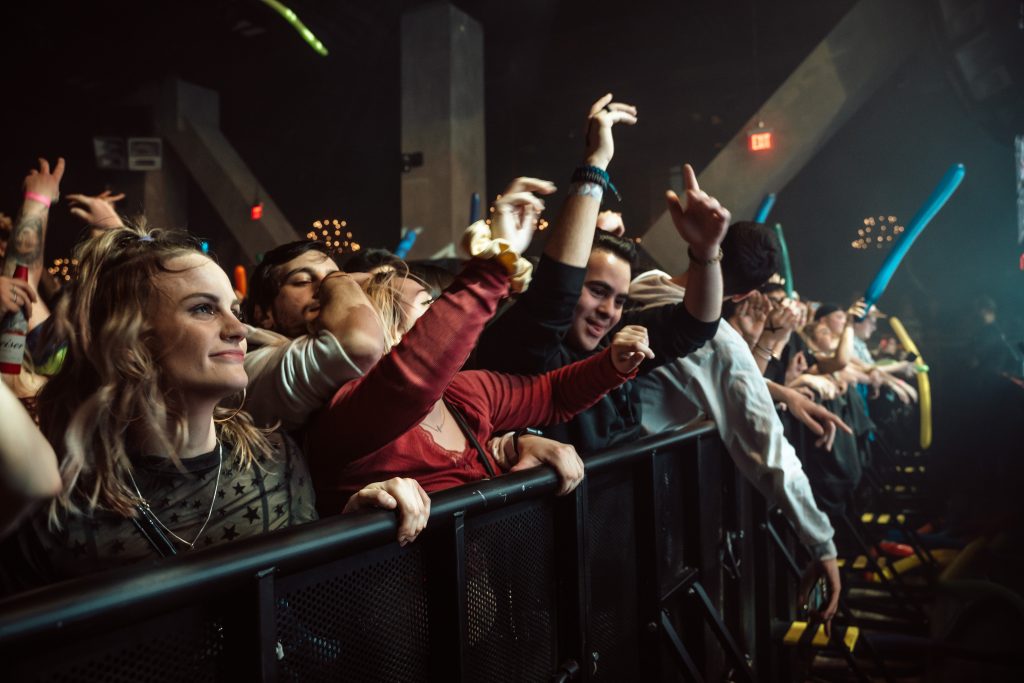 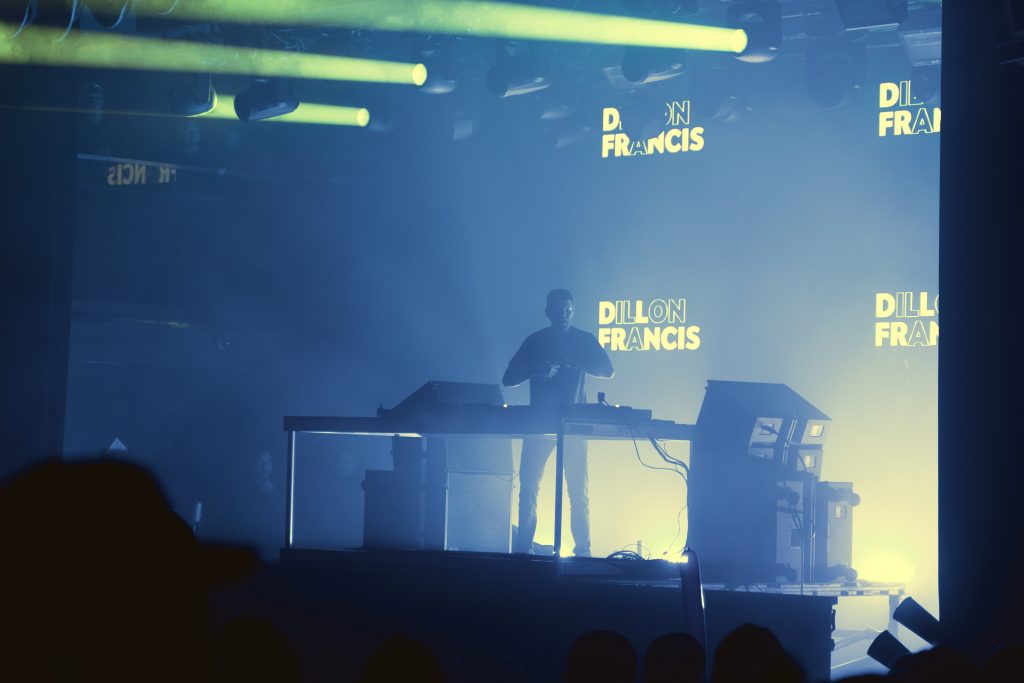 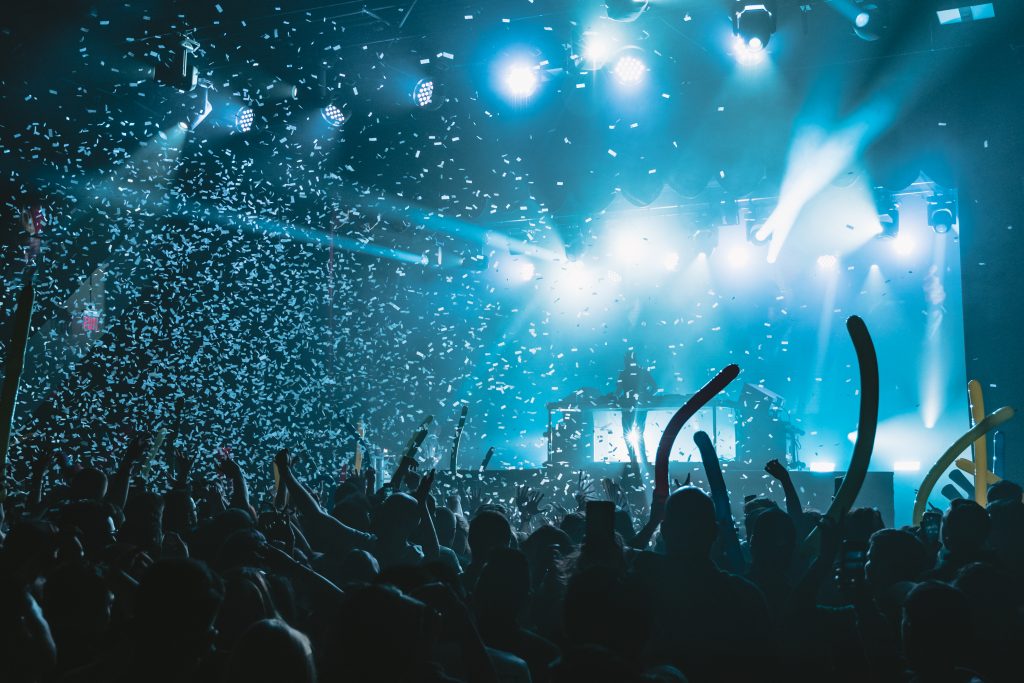